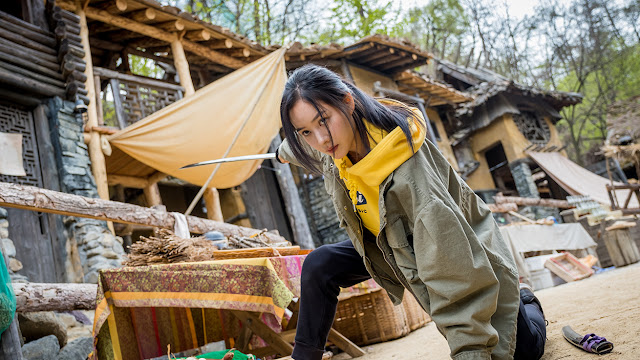 Orphan Cha Yeon-hee (Ahn Ji-hye) has spent her entire life wanting to be a heroine. If you’re not a heroine, you’re useless and of no value to anyone. So she believes. In her late-20s, living an aimless life, she lands a role as a stunt double in an action movie. Only when she arrives on set, she’s transported to a parallel world where she must become an actual heroine. The only question is: is she ready to face actual danger and do what she must to become a real heroine? So goes Slate, the latest from Gang director Jo Ba-reun.

Primarily an action movie, Slate also has a wry sense of humor beneath the swashbuckling sword-play. Despite a plot that veers wildly and doesn’t always develop or pay off certain narrative threads, Jo and company turn in an engaging, energetic film with a sneaky heart lurking below a strange, off-kilter exterior that’s quirky enough to capture your attention but not so quirky it gets annoying. 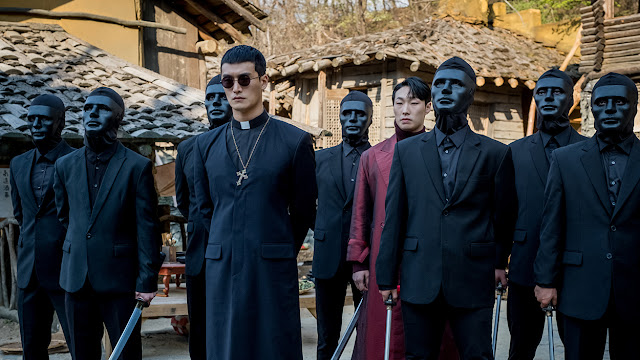 Most important in a movie like this, Slate delivers on the action front—when that happens, it’s much easier to forgive things like stilted, shallow emotional beats and plot points that will have many raising their hands, saying, “But I have questions.” Beyond the main conceit of the story the details are generally there to stitch together the fights.

At times the film goes overboard editing the battles, but this is more of an issue in the early going. As Slateprogresses, Jo makes the wise decision to let the actors handle the choreography and the film is much better for this choice. And I don’t know her background, but Ahn is more than up to the challenge, slicing and dicing her way through an imaginative world full of shady goons and power-hungry warlords. 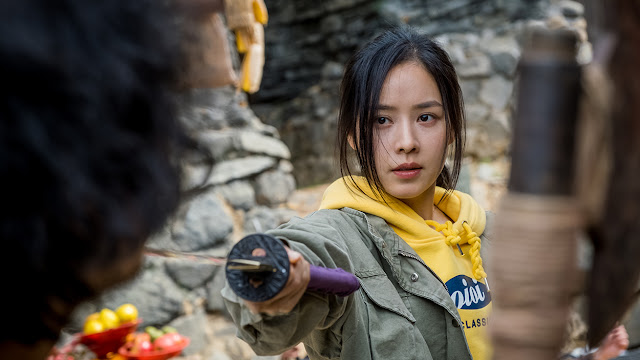 Most of the unique feel comes from the world-building, which mixes tropes from feudal-era villages with modern-day trappings. Yeon-hee may find herself in an approximation of an old-timey village, under siege by belligerent crime lords and various factions vying for control, and conflicts are settled with blades, but they all look like they just stepped off of any street corner in any urban center.

Yes, Slate has some hiccups. A few subplots play clunky and never pay off. Early on, the film hangs a lot on Yeon-hee’s orphan status and the heavy, life-long burden left by her father, which it it ultimately abandons, probably for good, though it leaves a bit of an emotional void. Among other issues. But overall, Jo serves up a strong, entertaining, odd-enough-to-standout action film, and if Ahn Ji-hye becomes a big international action star, much worse things could happen. She only has a handful of credits, and as far as I can tell, nothing much in this realm, but she’s badass, charismatic as hell, and is the saving grace of a scattered movie. [Grade: B]

Find all of our North Bend Film Festival coverage HERE.