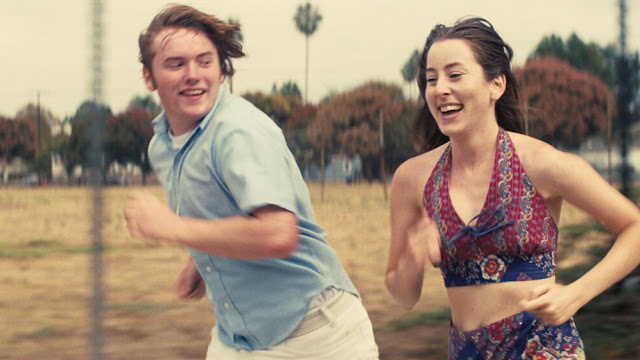 As a whole, I’m not entirely certain what Licorice Pizza, the new 70s-set coming-of-age film from Paul Thomas Anderson (Phantom Thread), amounts to. Pieces are absolutely magical, full of joy and whimsy. Others…are a bit more problematic, at best; downright cringe-inducing at worst. It watches like a movie where the filmmaker has zero checks and balances, able to indulge any and every flight of fancy with no oversight. Which is both a good and bad thing by turns. This freedom allows PTA to indulge himself; the flipside of that is, of course, overindulgence.

On the surface, Licorice Pizza is a simple story. The plot follows Gary Valentine (newcomer Cooper Hoffman, son of the late, great Philip Seymour Hoffman), a child actor/teen huckster/burgeoning entrepreneur. When he meets the much older Alana Kane (Alana Haim, member of the pop band Haim—her sisters/bandmates and actual parents also appear in the film), their lives entangle and we track them threw a few tumultuous years of growing up in the San Fernando Valley of the mid-1970s. 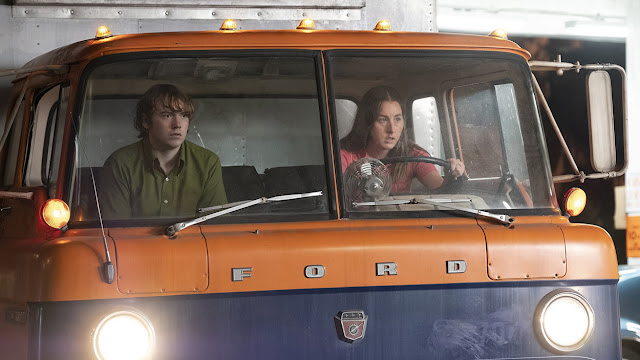 When Anderson hits, Licorice Pizza becomes a loose, frenetic, free-wheeling ride through a particular time and place. It’s nostalgic without being tediously reverent, proudly wearing its rose-colored glasses. We get the bittersweet sensation of first love, the visceral excitement of new experiences, and the breathless anticipation of teetering on the verge of an esoteric future that’s equal parts thrilling and terrifying.

Anderson populates his film with big names and familiar faces who show up for one of the many episodic arcs. Bradley Cooper plays a version of Hollywood legend Jon Peters as a coked-out letch; Benny Safdie shows up as in idealistic politician with a secret; Tom Waits absolutely hijacks a sequence as a drunken, manic filmmaker who stages an impromptu stunt show on a golf course; and so many more. Including a blink-and-you’ll-miss-it shot, one single shot, featuring John C. Reilly in heavy prosthetics.

[Related Reading: 'Inherent Vice' Movie Review: One Hell of a Trip, Even if You're Not Sure Why] 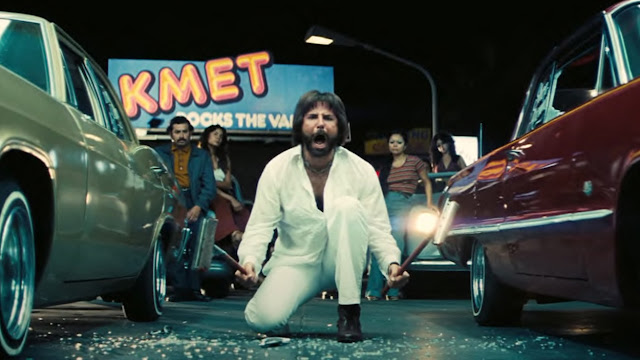 As fun as it is to play spot the celebrity, the two leads carry Licorice Pizza. Hoffman commands the screen with charisma akin to his old man, playing Gary like an adolescent used car salesman, on the surface never phased by any set back, though wearing the wounds deeply; a kid playing at being far more grown up than he actually is. Haim shines in her first real acting role. Alana is skeptical and combative, making her underlying uncertainty, lack of direction, and search for approval ring painfully authentic.

As the film progresses, it’s best when it’s best when it focuses on Alana on her own, apart from Gary. She’s far and away the most interesting of the two characters, and her evolution leads headlong into one of the film’s most prominent recurring themes: every man, particularly straight-passing white men, are terrible. From Gary’s absentee father, to Sean Penn’s aging Hollywood star who’s more of a child than anyone else in the film, to Gary himself, they ultimately, to a one, reveal themselves to be awful to degrees, no matter how promising they start out. Joseph Cross sums it up best when he intones to Alana, “They’re all shits, aren’t they?” 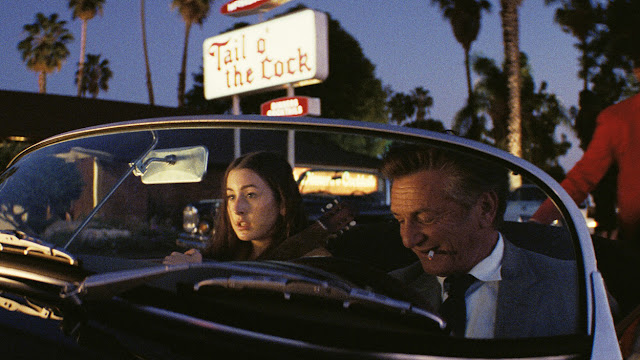 Licorice Pizza definitely runs a bit long and meanders; certain incidents and escapades could be excised with little impact; and that’s sure to turn off some viewers. And like I said, in the end, I’m not sure what it all amounts to, but also, does that matter? Does it have to? For those inclined to lay back and luxuriate, Anderson offers up a warm, enveloping delight. With two major misgivings that cast a shadow over the rest.

The first big hang up with Licorice Pizza is the significant age difference between the two main characters. When we meet them, Gary is 15, Ally 25. When she first says this, I thought she was joking, but no, there’s a ten-year age gap. *Potential spoiler* The film goes to great lengths to not let anything actually happen between the two, until the end, after a significant amount of time has passed. (It’s unclear exactly how much time, but it is substantial, years, and potentially enough for Gary to be 18, which I think is how the film tries to justify itself.) 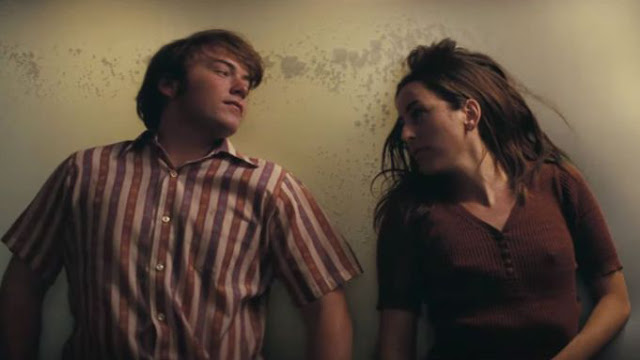 Still, this May-December non-romance is definitely portrayed a romantic relationship to one degree or another; that’s very clear from the jump. For the most part, Ally acts like a teen and appears very much like of Gary’s other cronies, so this fades into the background much of the time. But it looms large and colors things in an awkward, occasionally icky sensation. Shit, Ally meets Gary at his high school, while she’s working.

Of course, portrayal doesn’t equal endorsement, but it’s always presented as somewhat reciprocal. It’s not even shown as something akin to a kid with a crush on his older babysitter who rebuffs his advances. Overall, it’s an odd hump that’s difficult to glance over, and in reality, little would change if the characters were the same age. 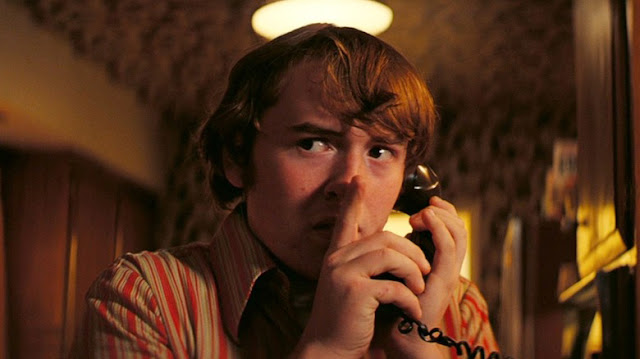 The second is actually a pair of scenes. A lot has been made of them, and people with much more insight have written on the subject, but here goes nothing. John Michael Higgins plays real-life L.A.  restaurateur Jerry Frick, owner of a Japanese restaurant. He shows up in two scenes, one early, one later, married to a different cranky Japanese woman each time. And each time, he affects a condescending faux Japanese accent when addressing them in his best Andy Rooney yellowface caricature.

The movie plays these off as a lark, as cheap throwaway jokes, and that’s how most of the mostly white audience I saw this with reacted and moved on. But these moments, too, stick out as thorny asides and incidents that color everything that comes after. 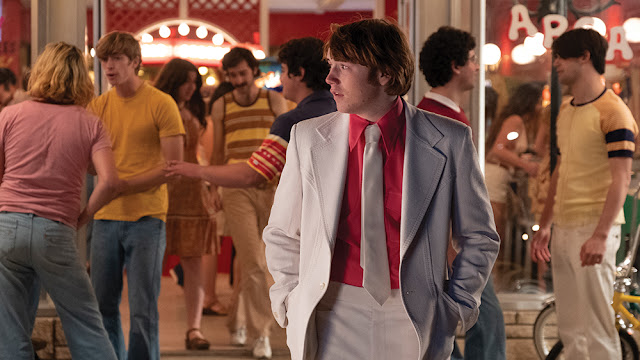 They seemingly fit with the larger theme of shitty white men being shitty. And I believe Anderson is a conscientious enough filmmaker, that everything he includes, including these scenes, have a purpose. I can’t, however, begin to tell you what it is. (My Japanese was never that good to begin with, and it’s been 25+ years since I’ve even tried, but I really want to know what the women say—it’s definitely not what Frick thinks it is, and maybe that offers some glimpse.)

I want to give the benefit of the doubt believe this is some sort of satire or purpose I’m just missing. Even beyond ugly bits of causal racism, these moments are completely at odds with the surrounding movie. They’re played for cheap laughs, more akin to a hack standup set than anything else in the movie, or honestly anything else in Anderson’s filmography. And once is enough to leave a bad taste, but with twice, I’m left to wonder what the fuck, dude?

Posted by Brent McKnight at 1:48 PM