'The Northman' Trailer: Robert Eggers Returns With Vikings And Vengeance And Bjork 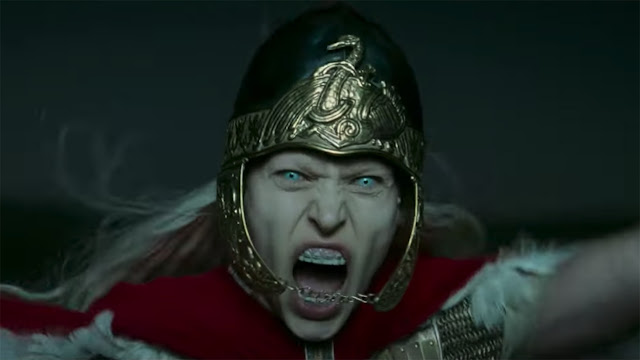 Around these parts, we’re big fans of Robert Eggers. When you go back to back with The Witch and The Lighthouse right out of the gate, we’re going to pay attention. And damn, the first trailer for his upcoming Viking vengeance tale, The Northman, does not disappoint. Check it out below.

Sticking with Eggers’ olde-timey them, this first look at The Northman looks weird, nightmarish, and violent. We’re going to need a few times to fully digest this epic saga of murder, betrayal, and retribution.

Story-wise, this appears to be a pretty straightforward story of a child avenging his murdered father and kidnapped mother. But from this trailer, it also appears to be anything but simple. We’re talking strange, hallucinatory, and esoteric. There’s a definite Apocalypse Now meets Conan meets Valhalla Rising vibe going on, and we’re here for it all.

And that cast. Alexander Skarsgard plays the lead, while Nicole Kidman and Ethan Hawke play the parents. Then, just for kicks, Eggers rounds things out with Claes Bang, Anya Taylor-Joy, Willem Dafoe, and goddamn Bjork.

It’s kind of a good thing The Legend of Tarzan tanked hard in 2016. If it had taken off, Skarsgard might have become a big blockbuster action lead. Instead, he’s had a run of more off-beat, interesting roles. But here he definitely gets to flex his action muscles (and his muscle muscles), though this is definitely a raw, bloody, brutal variety rather than the polished studio ilk. And that is right in our wheelhouse. Seriously, that leap from the barricades and the bit with the spear, we’re drooling over here.

If you’ve seen Lamb from this year, which we highly recommend you do, you can also tell The Northman is going to be weird as all hell because Sjon co-wrote the script with Eggers. He penned that script, as well as Dancer in the Dark, and it is anything but expected.

The Northman opens in theaters in April 2022, assuming everything doesn’t shut down again. We’ll see. 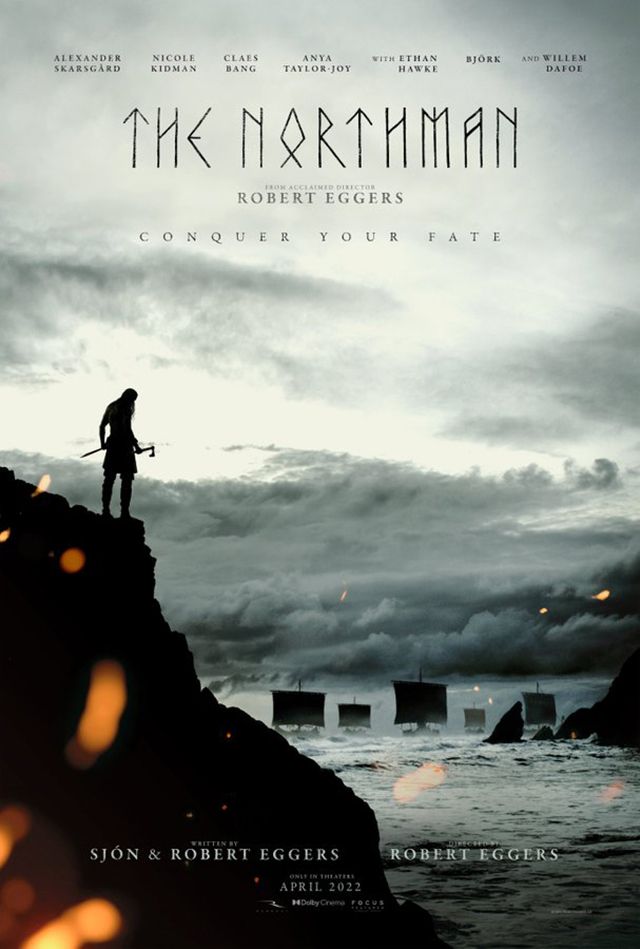 Posted by Brent McKnight at 7:27 AM