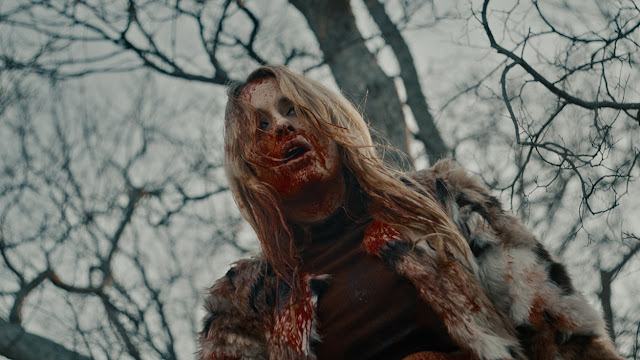 Take four people with intricately overlapping personal histories, drop them in a remote location, and stir. It’s a classic horror cocktail, simple, straightforward, and effective when done right. The Summoned, the directorial debut from Mark Meir, hews close to this recipe, but mixes in enough other ingredients, along with solid character work, to come up with a drink that tastes familiar but still hits the spot.

When a mysterious, reclusive therapist, Dr. Justus Frost (Frederick Stuart), summons Elijah Moulton (J. Quinton Johnson) and his girlfriend, Joplyn Rose (Emma Fitzpatrick), to his isolated estate for an immersive session, they can’t say no. Joining them are Joe Agrippa (Salvador Chacon), a celebrity venture capitalist, and Tara Grandier (Angela Gulner), an actor and social media influencer. It’s a minimal set up, but Meir and screenwriter Yuri Baranovsky squeeze it for everything they can. 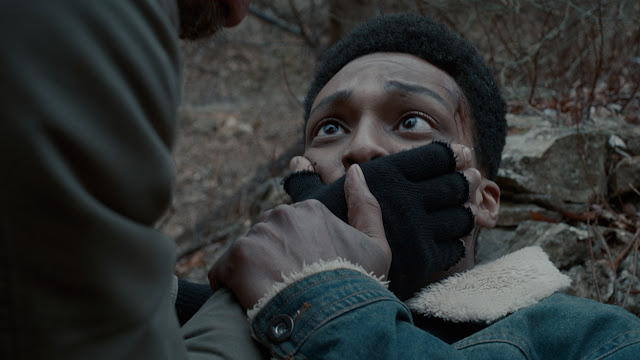 As the weekend progresses, the group unearths a tangled web of connections, secrets come out, and jealousies, insecurities, resentments, and more all bubble up and over. For example, Joplyn, a successful singer, dates Elijah, a mechanic with his own musical talents and ambitions, a point of conflict neither wants to discuss. In the midst of all this strife, Elijah begins to hallucinate and come unmoored, beset by horrible visions, and it’s clear things are not what they seem.

Again, The Summoned never wholly rewrites the script here, but they get work out of putting people each with something to hide together and cranking up the thermostat in the room. It’s really the actors and their onscreen dynamics that keep this from being too much like other movies we’ve all seen. It does, at times, lean too heavily on the “deal with the devil” conceit, and draping the proceedings in religious iconography and much discussion of sin feels unfocused—it eventually becomes clear why it’s there, but watches like misplaced window dressing early on. Still, the performances carry the load. Johnson clearly has leading man charisma and something of an it-factor, and the other characters are all lived-in and textured enough to ring authentic and real. 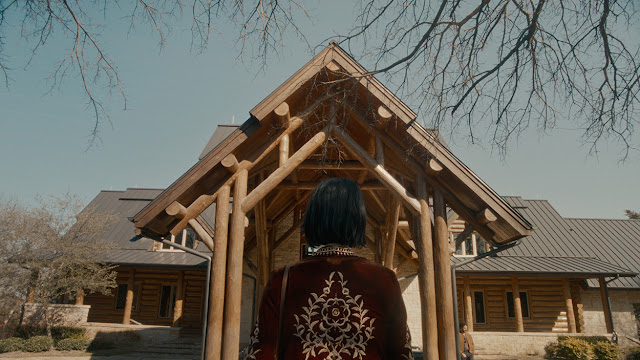 The first two-thirds of the film deliver slow-burn psychological horror, deliberate and gradual, peeling back layers of truth and ratcheting up the pressure on Elijah. At round the 53-minute mark, the film makes a drastic left turn right into much different territory. We’re talking axes and cults and all manner of up-tempo, running-through-the-woods mayhem. If you can handle a touch of tonal whiplash and just go with it, it’s an entertaining and bloody sprint to the finish.

For his first time in the big chair, Meir goes in for several stylistic flourishes, specifically gauzy closeups with out of focus edges and a few editing tricks. It’s understandable to want to set the film apart visually, and the choices do make thematic sense, tying in with the dreamy unreality of Elijah’s situation. Still, they’re often intrusive and distracting, and the movie works best when it sticks to a steady, straightforward approach. There’s also an off-kilter score that sounds almost like it might be more at home in an ‘80s Amblin movie—it’s actually kind of cool, but it doesn’t necessarily match the surroundings and mood.

The Summoned doesn’t have much we haven’t seen before. But anchored with strong performances, it offers up an effective, minimalist sacrifice to the horror gods, one that’s worth checking out and bodes well for what’s to come from Mark Meir as a filmmaker. [Grade: B-]

Posted by Brent McKnight at 2:23 PM