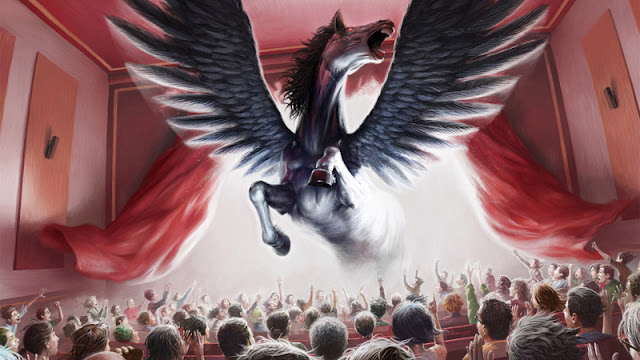 The past few years, Canada’s Fantasia International Film Festival has become one of my favorite cinematic showcases on the calendar. Probably because it caters to all manner of genre weirdness from around the globe. We’re talking horror, action, sci-fi, and more. It also features a combination of things that will get released and an assortment of those you’ll probably never hear from again. It’s movie nerd smorgasbord.

Fantasia’s latest chapter kicks off this week in Montreal. And, for the first time since 2019, it’s returning to an in-person format. Unfortunately, I won’t be boots on the ground, but I will be covering the fest remotely. There’s still going to be plenty to gawk at and I can’t wait.

The lineup for Fantasia 2022 is, once again, a total banger, and there’s a ton to check out. With that in mind, here are a few titles I’m looking forward to. I may or may not also mix in a few I’ve checked out at other festivals.

For the sake of this list, I’m going to focus on new movies, though they have a formidable lineup of repertory screenings. This includes a bunch of John Woo films, notably his masterpiece Hard Boiled, Alex de la Iglesia’s bonkers Accion Mutante, Johnnie To’s Michelle Yeoh/Maggie Cheung/Anita Mui team up Heroic Trio, and Shaw Brothers’ old-school martial arts vehicle Kid With the Golden Arm, among so many other greatness.

Fantasia 2022 runs from this Wednesday, July 13 through August 3.

All Jacked Up and Full of Worms

A title like All Jacked Up and Full of Worms definitely grabs the attention. And with a seedy motel, hallucinogenic worms, and a description like “odyssey of sex and violence,” well, you see why it’s on our list.

A taut, thrilling, edge of your seat documentary about the high stakes world of international…candy smuggling? One of those stories you wouldn’t believe if it wasn’t non-fiction, this is a funny, strange look at a peculiar tale.

Not the John Woo The Killer, this South Korean thriller still promises plenty of high-energy action set in a world of human trafficking and former assassins coaxed out of retirement for one last job.

The tale of two high school girls who are roommates and happen to be expert killers, Baby Assassins also has some of the best fight choreography of the past few years. The climactic throwdown is an ass kicker.

This frigid, arctic post-apocalyptic adventure about a girl and her polar bears looks fantastic, though I will 100% not be watching because I’m not emotionally equipped to watch animal friends in peril.

A new Dario Argento movie. I mean, what else needs to be said?

Starring the great Ma Dong-seok, The Roundup has been on our radar for some time. Watching Ma absolutely wreck dudes is one of life’s great pleasures, and if your movie features that one thing, you bet your ass we will be watching.

Danish import Speak No Evil features some of the most awkward, uncomfortable social situations ever put to film. You’re practically crawling out of your skin, and that’s before it devolves into a brutal, mean-spirited horror movie.

I’m a sucker for documentaries about heavy metal where you don’t usually find heavy metal, so I’m on the hook for Sirens, which follows Slave to Sirens, the first all-female metal act in Lebanon.

Bodies Bodies Bodies feels like a cheat. For me, fests like Fantasia are all about getting to see movies I won’t have the chance to check out elsewhere. This one, however, has been a festival favorite and has secured a significant upcoming release. Still, all the buzz has me curious and it’s one I’m likely to dive into at some point.

Posted by Brent McKnight at 7:18 AM