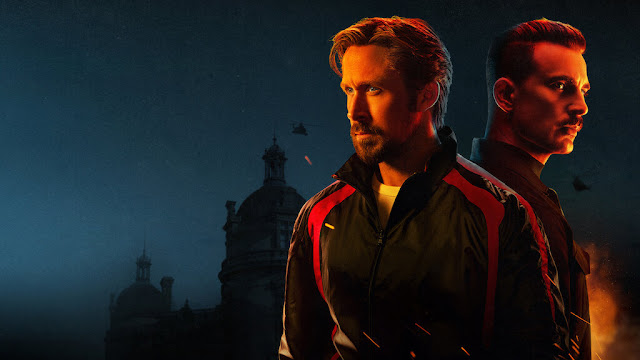 Do you like empty posturing and stylistics, faux clever banter, saccharine emotional manipulation, dubious (meaning nonexistent) character motivation, wannabe cool needle drops, and a series of exhausting set pieces? How about muddy visuals, hollow action, and an overreliance on camera tricks due to a lack of ability to shoot a fight scene? Just for kicks, why not throw in a stacked cast of actors you like but wish were all in a better movie? And all for a bloated price tag of $200 million? If that sounds like fun, it’s not, but it all adds to Netflix’s latest vapid action offering, The Gray Man, from Marvel alums the Russo Brothers.

The Gray Man wants to be many things; a James Bond movie, a Bourne movie, a Mission: Impossible movie, and, perhaps most of all, a Shane Black movie. Only it plays like a photocopy of all of those. On the surface it looks like the thing, but it misses what make those movies fun and good, instead opting for tepid, toothless PG-13 action that carries precisely zero weight because there’s no one particularly interesting or compelling to invest in. 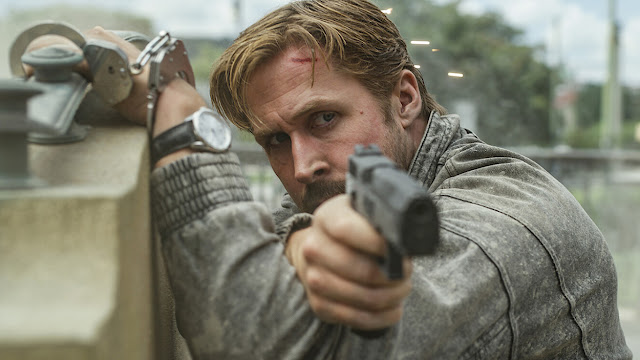 Stars Ryan Gosling and Chris Evans do their best in this tale of a shadowy government assassin (Gosling) betrayed by his handlers and hunted by a psychotic private contractor (Evans). But not even their considerable charm and enthusiasm can salvage this bloated, ugly movie that feels like the result of a feeding superior films into a bot.

Also, nothing actually resolves at the end. It’s all set up for the next installment, hinting at things to come, laying the groundwork for more bullshit sequels. I know that’s not how it works anymore, but once, just once, I’d like filmmakers to tell a good, complete, compelling story, then worry about establishing a franchise. I've watched far worse, but damn The Gray Man is just the bland shell of an action movie. [Grade: C-]

Posted by Brent McKnight at 9:39 AM