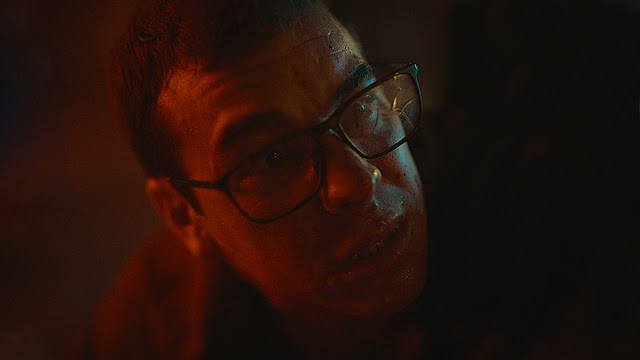 Meek and mild-mannered, Dani (Mario Casas), the lead of Spanish director David Victori’s existential thriller, Cross the Line (No Mataras), is the kind of character who doesn’t act. The world, those around him, and surrounding circumstances simply push him forward. He cares for his elderly father, but when the old man passes away, his sister, Laura (Elisabeth Larena), books him an around-the-world trip, something he always dreamed of. The eve of his departure, a chance encounter with a wild tattoo artist, Mila (Milena Smit), leads to a violent encounter with deadly consequences and deep wounds.

The easiest tonal and aesthetic comparison points are the films of the Safdie Brothers, Good Time and Uncut Gems. From the inciting event, a frenetic energy propels everything forward and the protagonist who, attempting to dig himself out of an ever-deepening hole, makes bad choice after bad choice, making things worse at every turn and continually escalating the pressure. 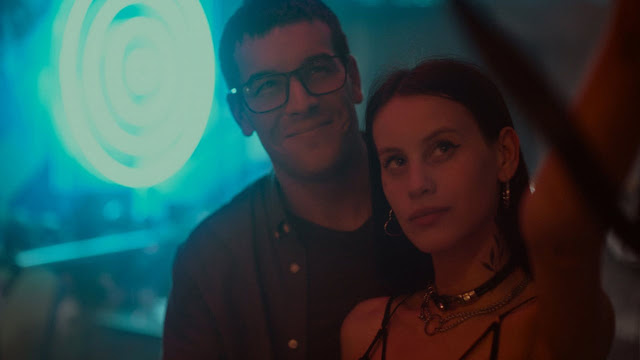 Even the look of Cross the Line is akin to the Safdies. Victori and cinematographer Elias M. Felix use a handheld style and place the camera close to Dani as he finds himself mired in his worst nightmare. Right there, the viewer has not only a front-row seat for the action, but a sense of nearness and immediacy that’s palpable—the effect is one of almost being able to reach out and stop Dani but not quite getting there.

The breakneck tempo doesn’t begin immediately; the script from Victori, Jordi Vallejo, and Clara Viola takes time to lay the groundwork. We see Dani adrift, buffeted by powers outside of himself. The strongest of these is Mila. Practically a force of nature, she latches onto him and drags him reluctantly along for a chaotic ride. For a long time, the story plays out like a whirlwind one-night romance, the tale of a tame, milquetoast guy being coaxed out of his shell by a woman with a big personality who barrels her way into his orbit. Things don’t go bad until the 39 or 40-minute mark. But when they go bad, they go so, so bad. 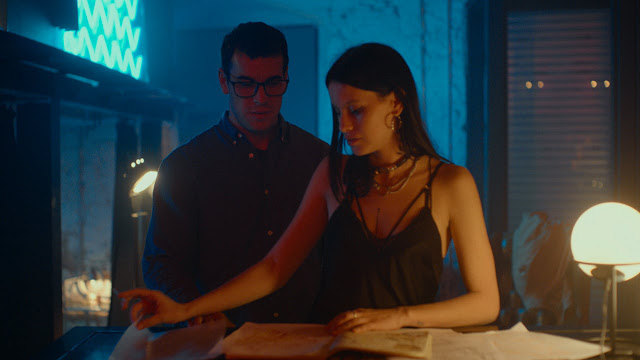 Casas anchors the whole movie. Dani begins as a passive character, a type that’s all too easy to play flat and bland and not particularly interesting. The real arc of the film is Dani being compelled to act—it’s in his choices that his personality truly lies. But even in the moments when we see Dani as the submissive, well-meaning bore, Casas gives him a warmth and pathos, so he never feels like a blank or an empty vessel.

More than the action, Cross the Line is about Dani’s response to what happens. He falls into the middle of an impossible situation, a horrific position where there is no good, obvious way out. But he’s not only pursued by exterior threats, his own internal morality dogs him at every turn. Forced to act out, to make a terrible choice, he then must come to terms with the effects of that choice, both internal and external. The stress, the strain, the terror all push him to his breaking point. Casas is all too relatable and authentic, it’s no wonder he won a Goya Award (Spain’s biggest film honor) for best actor. He’s nuanced and textured and very, very real. 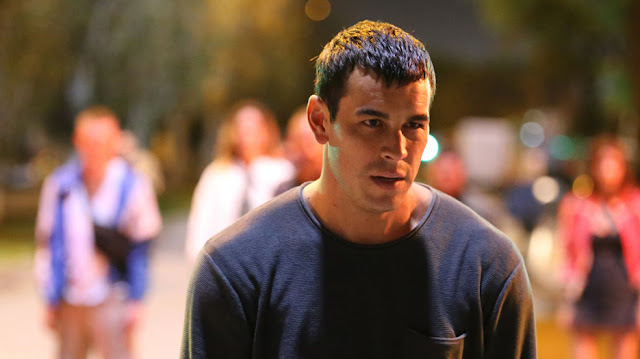 Forceful and urgent, once Cross the Line sets its hooks, it doesn’t let up, raking the viewer and protagonist across a lot full of gravel and broken glass. Victori shows us a speck of light at a time, just enough so there’s the possibility of Dani making it out with both his body and soul intact, only to snatch that hope away. With a propulsive clip and fantastic lead performance, this is one you won’t soon forget. [Grade: B+]