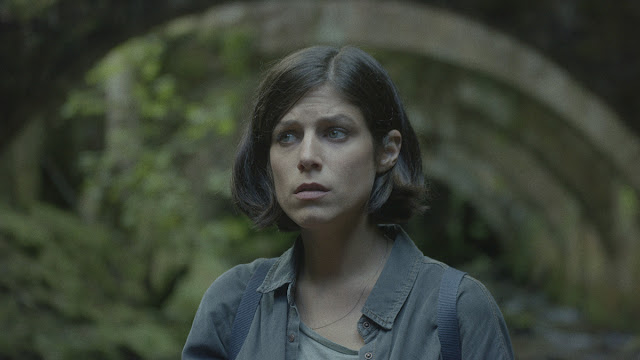 The living-one-day-over-and-over again conceit has been played for comedy (Groundhog Day), sci-fi (Edge of Tomorrow), and horror (Happy Death Day). But regardless of the genre set up, or task the characters must accomplish, they inevitably use this rinse-dry-repeat recipe as a tool of introspection, to learn about themselves as much as they learn about the external world, and as a method of change. In that regard, Spanish writer-director Jon Mikel Caballero’s The Incredible Shrinking Wknd follows suit, though it puts its own unique spin on the formula.

Alba (Iria del Rio), an aimless 30-year-old who still lives at home—though she claims to be there only to help her ailing father, it’s an obvious untruth—ventures to an isolated cabin with a group of friends. A few moments after arriving, her boyfriend, Pablo (Adam Quintero), dumps her. Following a bad night, she awakes in the car, once again en route to the cabin, still with Pablo, her friends none the wiser. And so our tale begins. 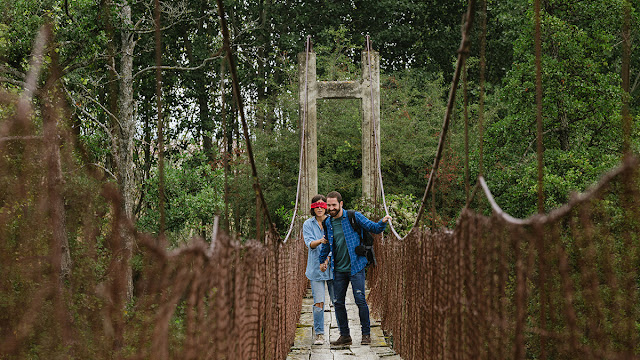 Where Wknd diverges from the standard path is that Alba’s not caught in a time loop, strictly speaking, it’s a countdown. Though the day repeats, she eventually realizes it’s shrinking by degrees with each new installment—she finds herself with less and less time each day. And as her window contracts, her desperation and pressure to figure out what’s going on an fix her life increase.

Caballero uses a neat visual trick to sell and enhance this element of the film. As Alba’s days become smaller, the aspect ratio changes. The edges of the frame creep in. It’s subtle at first, not something you notice right away—the audience experience mirrors Alba’s in that regard, we don’t immediately recognize what’s going on and that our space is being removed. But over days, the image compresses in an on-screen representation of the plot. As the frame closes in, it heightens Alba’s constrained tension and anxiety, creating a palpable, almost physical manifestation. 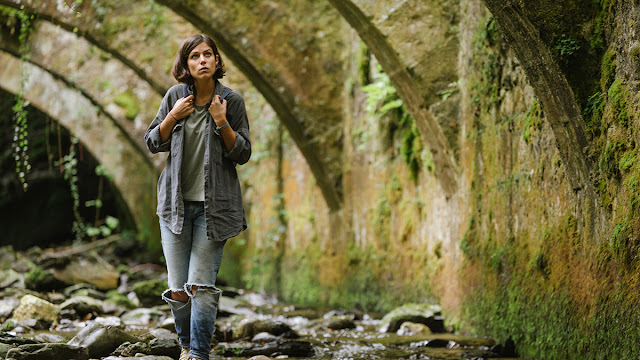 It may sound like a gimmick, and on its own, it might amount to little more than a curious aesthetic flourish. But Caballero uses this in concert with the story, Alba’s growth over time, and in particular del Rio’s fantastic performance. These elements work together, intimately intertwined, to enhance each other—none carries as much weigh alone, but together, they form an affecting, entrancing, multi-layered portrait.

Del Rio really drives the whole film. When she begins, Alba is carefree and selfish, only interested in her friends, their lives and troubles, insofar as they impact her and her ability to have a good time. At the core, Wknd is about growing up and changing, and the pain and trauma that entails. Everyone has their own motivations, secrets, resentments, which manifest and emerge over the repeating day. It’s about relationships, friendships, expectation versus reality, and the disappointment inherent in what life hands to us and the decisions it compels us to make. And del Rio sells it all, running the gamut from annoyed aging party girl to empathetic friend to figuring out what’s important—as her time slips away, her desperation and urgency to exert herself on the world ratchets up. 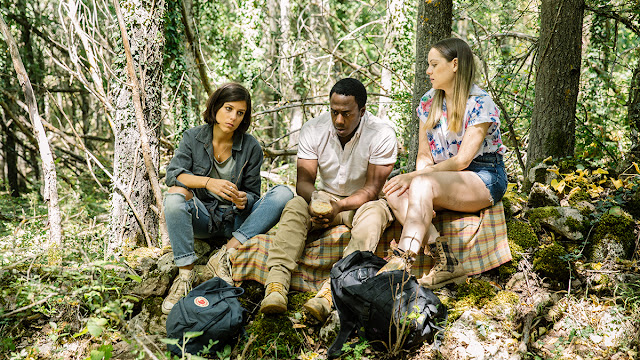 Everything about The Incredible Shrinking Wknd—thematic concerns, character arcs, even the way it’s filmed—is a gradual parabolic climb, a subtle escalation that builds and builds, quietly at first, almost unnoticed. Shifts happen, inch by inch, and we focus in, tighter and tighter, the weight and force building until it becomes inescapable. It’s a clever, deft use of craft and structure, and it all comes together into a moving, sweet, unique film. [Grade: B+]