Children are creepy. The woods are creepy. Children in the woods? Creepy. This fact, above all else, is what There’s Something Wrong With the Children, the new movie from Roxanne Benjamin (Body at Brighton Rock), truly grasps. With that as the primary conceit, the filmmakers construct a tense, taut horror tale. Straightforward and offering little in the way of surprises—we rarely, if ever, veer far from typical genre markers—the film, though familiar, never feels stale or rehashed, and ultimately delivers a damn good time.

Working from a script by T.J. Cimfel and David White (V/H/S Viral), Benjamin understands the horror beats and how they work best, implementing each to great, efficient effect. With minimal resources—the entire film has seven credited actors and maybe three separate locations—she gets a lot of work out of what they do have to work with. 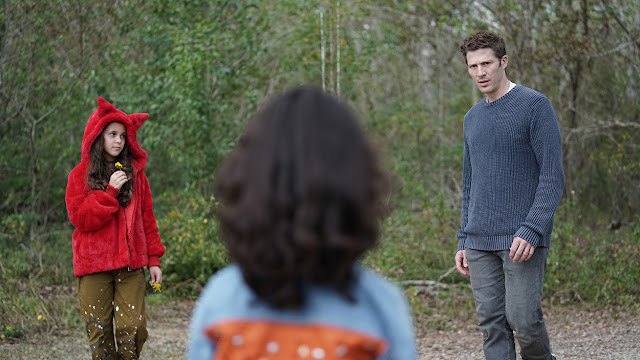 Two couples go for a weekend vacation in the woods. There’s Ben (Zach Gilford, Midnight Mass) and Margaret (Alisha Wainwright, Shadowhunters), and Ellie (Amanda Crew, Freaks) and Thomas (Carlos Santos, Gentefied). Ben and Margaret are freewheeling and carefree, while Ellie and Thomas have become more tied down since having their kids, Lucy (Briella Guiza) and Spencer (David Mattle). As the longtime friends play catch up the situation gradually morphs from fun and breezy to increasingly tense and strained as simmering resentments, lingering conflicts, and deep-seeded secrets come to light. Things boil over when the kids wander off into the woods and Ben thinks he sees them all to their death. Much to his surprise, when he returns to the cabins, the kids are there, no worse for wear.

Or is it the kids? Is it something else that just looks like the kids? The middle of There’s Something Wrong With the Children revolves around Ben and the kids and this central mystery. Did they really die? Is Ben hallucinating or losing his mind? Is something actually supernatural happening? Are the kids just fucking with him? (Okay, the kids are fucking with him, a lot, but the question remains: are their shenanigans driven by something darker and more sinister or are they just dicks?) 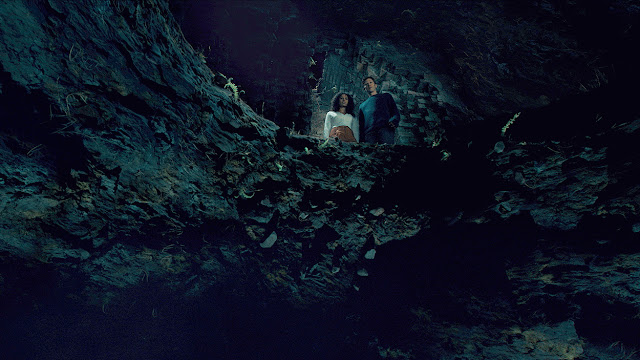 This is-he-crazy-or-is-this-real back and forth is well, well-worn territory. But Gilford sells the drama and the internal struggle of being sure or what he saw only to see concrete contradictory evidence and trying to figure out what is and isn’t real. Kids are inherently creepy (that probably says more about me than anything), but hot damn, these two kids are spooky as shit. They’re all unnerving stares and unsettling smiles, and they go about their business of destroying Ben mentally with gleeful viciousness. And it is quite fun to watch these demonic little bastards mess with their Uncle Ben.

As said, there’s little here that even casual horror fans haven’t seen in some capacity a number of times. But it does everything really, really well. Across the board, the acting is strong and compelling. With nominal effects, digital or otherwise, Benjamin wrings every bit of ominous mood and atmosphere from lighting, framing, music cues, and other techniques. The film is almost instructional in how to effectively deploy genre tricks and tropes for maximum impact—there’s a reason movies use all of these elements so often, because when done well, they work, and here they work like gangbusters. (At times it almost feels intentional, like they challenged themselves to make a paint-by-numbers horror movie, but do each bit as successfully as possible every step of the way.) 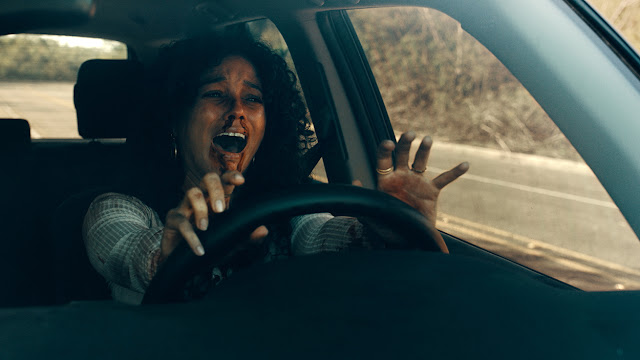 There’s Something Wrong With the Children may be formulaic and may not be particularly original from a story perspective, but Roxanne Benjamin doles out familiar genre beats with deft precision to strong effect. Lean and compact, it gets an extra kick playing into parental fears, wears its stripped-down horror influences on its sleeve, and accomplishes what it sets out to do, tell a spooky story about kids being weird little creepers in the woods. [Grade: B]