After kicking off with a beheading, we meet Taka (Sho Mineo), a shiftless freeloader who does little but drink and lounge around in his trailer. When a mysterious package arrives at his home, it sends him on a quest to find and rescue his brother, who disappeared years before after rescuing a kitten. Along the way he teams up with a reluctant homeless man, Takezo (Yuya Matsuura), and an enigmatic, though heavily armed young woman, Ayane (Ayane). They battle the vicious feline cadre, encounter the aforementioned forbidden Egyptian catnip, and unearth the truth about their bizarre situation, a truth far more twisted than they ever imagined. 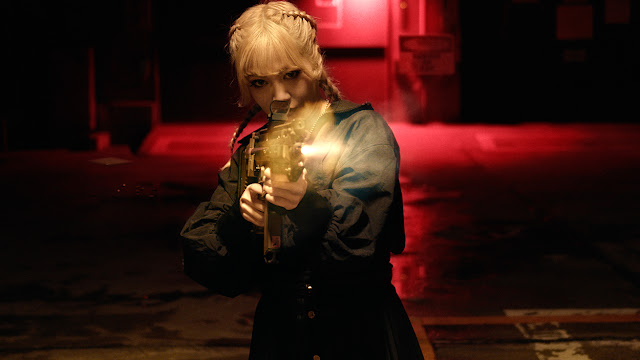 When we talk about cats, we’re talking about human women acting like bipedal, humanoid interpretations of domestic felines—the film portrays them as both literal and metaphorical cats, altered and morphed by this inexplicable cat drug. A stylistic as well as thematic choice—not to mention much more practical than wrangling dozens of cats—Tsuno’s script, and the actors, do a fantastic job aping actual cat behavior. Affectionate one moment, then aloof, then attacking for no apparent reason, each has its own distinct personality, illustrated by modes of dress, weapons, and general temperament. They even look and act like a bunch of cats interacting with one another. All of which serves to enhance the surreal, vaguely dreamlike atmosphere.

The forward momentum stumbles a bit when the story attempts to be more serious and delve into emotional territory, though thankfully this doesn’t happen often. Ayane finds herself in a handful of strong hand-to-hand combat moments, which feature excellently choreographed and executed fights—like up there with some of the best martial arts action going right now. Tsuno proves slick and steady when it comes to staging and filming the fisticuffs, and Ayane and the stunt team handle themselves with aplomb. This should satisfy and delight most die-hard action fans. 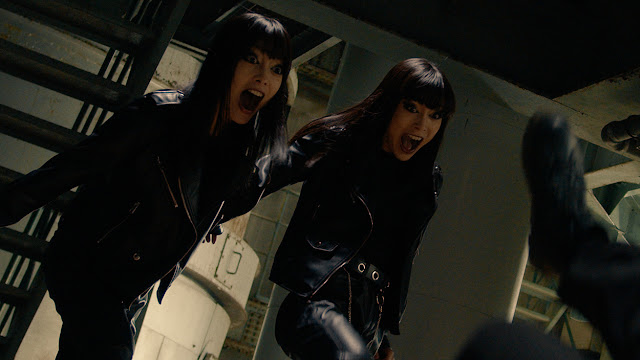 To try to explain and encapsulate the oddity that is Mad Cats seems like a fool’s errand, it’s a puzzling, singular genre blend that’s best experienced rather than rationalized. The film goes all-in on its absurd concept, dropping the viewer into this heightened reality, saying, “this is the way it is, deal with it,” and not bothering to explain it much further than that. You’re either in or you’re out. And if you’re in, you’re in for a fine time. Weird as hell, briskly paced, and with a handful of badass fight scenes—and not above an occasional fart joke or groin kick for good measure—this is vibrant and engaging, outlandish and peculiar, and, most of all, really damn fun. [Grade: A-]