Watching Pandora’s Promise, the new documentary from veteran documentarian Robert Stone, is a strange endeavor. As far back as you can remember, the argument over nuclear power has seemingly been stuffy men in crisp white lab coats spouting technical mumbo jumbo, while loose living environmental activists espouse the evils inherent in the technology, and state the potential for disaster. Nuclear power is the bogeyman in countless movies, shows, and books, and is portrayed at this monolithic monster.

That’s the exact opposite tack the film takes.  A pro-nuclear power movie—who saw that coming—Pandora’s Promise is based on environmentalists who have, over time, changed their position, and embraced nuclear power as the greenest, most environmentally responsible option. The main subjects interviewed in the film—Gwyneth Cravens, Mark Lynas, Michael Shellenberger, and other well-known eco activists—appear just as surprised to be making these arguments as you are to hear them.

The film does make a compelling case, taking the stance that being anti-nuclear is tantamount to being pro the burning of fossil fuels. The argument is that current environmental strategies are a miserable failure, and that a different approach needs to be taken. In our present state, the gap between fossil fuels and the big-name renewable options like wind and solar, is so great that there needs to be another, more immediate option. And nuclear power is the only avenue with no emissions, and that produces no carbon dioxide, a key offender in global climate change. This is especially important, proponents claim, as demand for power increases in developing nations, and the subjects in Pandora’s Promise make the argument that there needs to be a way to meet these needs, without an exponential increase in emissions.

You can’t help but think like the film is tempering the argument somewhat. It feels as if  nuclear power is being put up as a stopgap until the world can rely fully on renewable sources. To hear the interviewees talk, however, you get the distinct impression that they have little to no faith that we’ll ever get to that point. The impression you’re left with is that, over time, as they get older, these environmental activists, while still deeply committed to their cause, have softened to the idea of compromise. They don’t see nuclear power as a perfect option, simply the best one available. Overall the main point is that what we’re doing now doesn’t work, renewable power sources are far from being a realistic option, and that something needs to be done right now. Immediacy is their selling point. 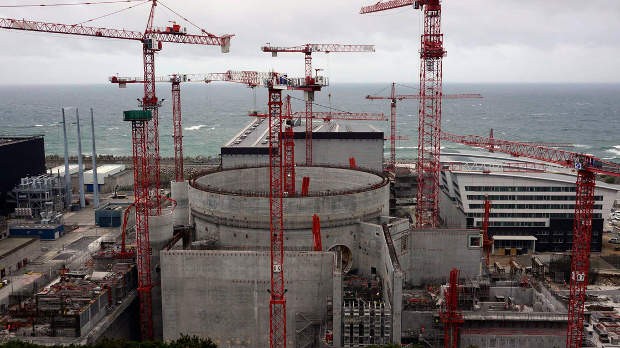 Like most documentaries, Pandora’s Promise is a one sided affair. There is a brief attempt to pop off a few questions to anti-nuclear activist Helen Caldicott, the founder of Physicians for Social Responsibility, but it’s minimal. While not perfect, the film does attempt to address the common concerns and arguments from the other side, and tries to combat what they call misinformation. According to their sources, things like public fear of radiation is overblown, the numbers of dead at Chernobyl are inflated and unrealistic, and that even the sheer amount of nuclear waste that exists is far less than is widely believed.

As well structured and supported as the position in Pandora’s Promise is, it’s hard to deny the impact of the scenes where you visit Chernobyl—which admittedly had a flawed, inappropriate design—and Fukushima in Japan. Even Lynas, who otherwise presents a very thorough, persuasive argument, admits to feeling a “wobble” in his stance. When nuclear power goes wrong, it goes very wrong. The images of these particular places, entire cites abandoned, deserted, crumbling under time and the elements, are stunning and harrowing to behold.

Not necessarily the most convincing documentary you’ll ever see, Pandora’s Promise is well worth checking out, if only for the fact that it takes a stance you don’t often come across. It’s interesting to consider moving into a world where being an environmentalist doesn’t automatically mean an anti-nuclear position because the two have been such diametric opposites for so long. While it may not change your mind, the film definitely provides food for thought.

You’re used to documentaries coming from a left-leaning, liberal place, directed at an audience of the same. In that regard, Pandora’s Promise is familiar. It simply makes an argument that you’re not used to hearing from that political persuasion. Perhaps more than anything, this is the most important message of the film, we can’t keep attacking our problems from left or right, we need to work together to find the best solution, regardless of party politics.

Posted by Brent McKnight at 9:47 PM