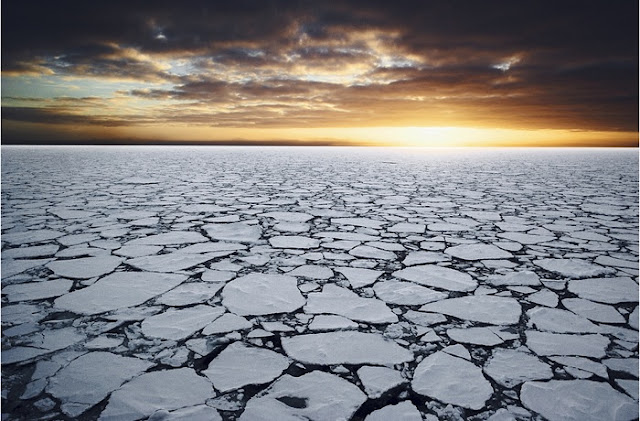 Director Peter Young’s new documentary, The LastOcean, is one of those films seeks to make you angry. Not punch throwing angry, necessarily, but it would certainly like to be a call to arms, or a rallying cry. And for the most part, it succeeds. Young manages to accomplish his goal at the same time he presents both sides of the issue at hand, and, most importantly, without ever being preachy or sanctimonious.

The Ross Sea is the southern most stretch of ocean in the world. The Antarctic waters are also widely regarded as the last bit pristine marine ecosystem on the planet, the final spot on Earth to feel the touch and corruption of humanity’s reaching fingers. Researchers like David Ainley return year after year to study and observe perhaps the only place left where you can see the intricacies of an intertwined ecological network free from outside influence. When fishing crews, first from New Zealand, then from other nations, encroach, searching for the local Toothfish—better known as Chilean Sea Bass—population, which was overfished almost everywhere else in the world, the impact was immediate and widespread.

The Last Ocean is structured similarly to other nature documentaries you’ve seen. Young takes you to the Ross Sea, introduces you to the conflict, lays out the efforts to combat the problem, and ties up the whole package with a bow. While Antarctica, as a continent, is still part of the Global Commons, that international treaty doesn’t extend to the surrounding oceans. As a result the waters are fair game. 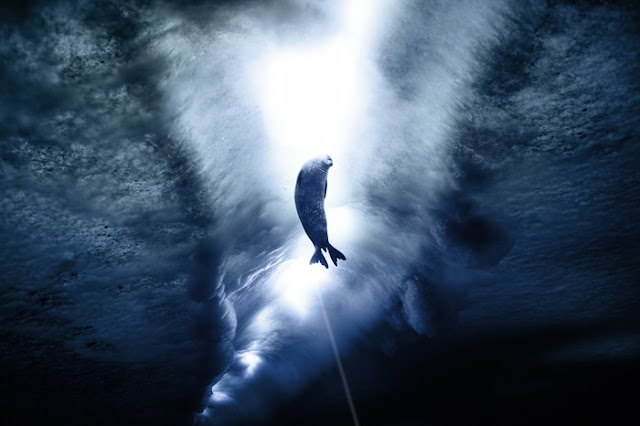 The Ross Sea is the kind of place where you find things that exist nowhere else. Teaming with life, like seals, sea lions, and a variety of penguins, there’s also a species of Orca that only lives there. Young uses this environment to incredible visual effect. Everything you see is simply stunning, from fields of wildlife, to the crystal clear waters underneath the icepack, the photography in the film is spectacular. You witness how beautiful this place is for yourself, but also feel how remote and dangerous it is. Young does a great job of connecting you to this specific place.

Since the focus of The Last Ocean is on the fishing industry, the Antarctic Toothfish gets the most screen time. One of the top predator in their food chain, relatively little is known about this fish, including where it spawns, how often, and how many young it produces. A slow-growing species, they live 35 to 40 years, they evolved to thrive in water that is -1.9 degrees. Their blood contains an anti-freeze, they inhale their food, and their hearts beat as little at once every ten seconds.

When fishing concerns enter a new area, they use what is essentially a mathematical equation to figure out how large a percentage of a population they can take out and still technically remain in the “conservation” realm. The problem in this isntance is that because so little is known about the Toothfish, especially about their life cycle, the numbers don’t fit. The population is decimated, the entire food chain, both above and below, is thrown out of whack, and the absence has a huge impact on the surrounding ecosystem. There’s a void that needs to be filled. 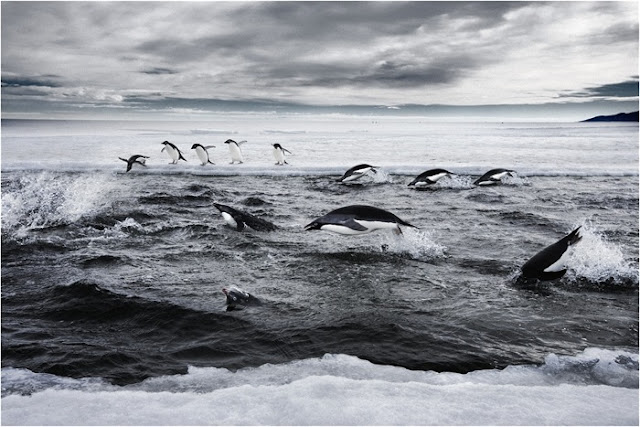 And that is without taking into consideration the sizeable impact of human intrusion. Scientists and researchers literally need permission to take a feather on land, but fishing vessels leave with thousands of tons of fish. There are also pollution concerns, not to mention the safety hazards of sending ships into the most perilous, isolated corner of the planet. A number of vessels have already been lost due to the thick ice pack in the water, and the spot is so isolated that there is little hope of rescue in the even something does go wrong.

There is one central reason why The Last Ocean doesn’t come across as self-righteous, which saves the film from becoming entirely polemical. Almost everyone involved in the process of opening the waters to international fishing, admits, on camera, how poorly the endeavor has been managed, and recognize the importance of preserving this last pristine bit of our world. This includes government officials, the guy who was head of the New Zealand fishing industry, and the Manhattan-based chef who popularized Toothfish as food, which led to rampant overfishing worldwide. He’s the one who renamed it “Chilean Sea Bass,” which, admittedly, sounds more appetizing than Toothfish. His restaurant actually took the item off the menu due to the negative environmental impact.

While so many films of this ilk end on a bleak note, like we’re all already screwed, The Last Ocean is more hopeful that an accord can be reached. Legislation is moving forward, coalitions of scientists regularly present their research and findings to international governing bodies, and the conservation efforts gain momentum every day. When a huge corporation like Safeway—a company that doesn’t usually give two shits about any sort of environmental concerns or ethics when it comes the products they sell—stops carrying something, you know there are some serious concerns with the process.

The Last Ocean is making the festival rounds—I saw it as part of the science program at the Seattle InternationalFilm Festival—but it is also available to stream from various services.

Posted by Brent McKnight at 6:26 PM