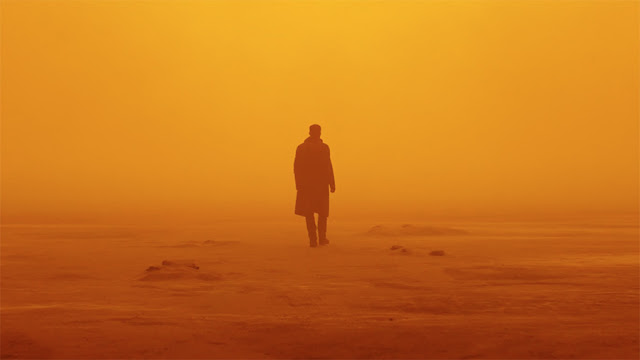 As much as belong to the camp that Ridley Scott’s 1982 sci-fi classic Blade Runner doesn’t need a sequel—it’s a goddamned masterpiece—I’ll cop to being all kinds of jazzed for Blade Runner 2049. It looks weird and mysterious and like an extension of the original atmospherically, aesthetically, and tonally. Hell, even the score sounds like an inevitable evolution of what came before. We have to wait until October to actually see it, but this majestic new trailer should keep us occupied for a few minutes.

There’s a lot to unpack in this Blade Runner 2049 trailer, but I’m not going to touch it. We could go of all day about the various hints and nods and clues and red herrings and all the rest.

People with more time will break this down frame by frame, but I have a day job and instead of approaching this intellectually, I just want to wallow in my visceral, gut-level reaction. I know this is just a promo for a movie, but it makes my heart beat a bit quicker and my breath come a touch faster.

If you need more, here’s the official synopsis:

Thirty years after the events of the first film, a new blade runner, LAPD Officer K (Ryan Gosling), unearths a long-buried secret that has the potential to plunge what’s left of society into chaos. K’s discovery leads him on a quest to find Rick Deckard (Harrison Ford), a former LAPD blade runner who has been missing for 30 years.

I love grizzled old Harrison Ford, and Gosling looks passable as the stoic future detective. I dig the world-weary Dave Bautista we see here, and Robin Wright cuts a badass swath. Once again, he world building appears on point. And sure, it looks like we have to sit through another insufferable Jared Leto performance, but in a weird, fucked up sci-fi future, maybe his overblown affects are just what it needs.

I’ve said it before but it bears repeating: as long as Denis Villeneuve wants to splash around in the sci-fi end of the pool, I’m game. Especially after Arrival (and he’s taking on Dune next, so he’ll be here for a while). And it doesn’t hurt matters that he’s working with legendary cinematographer Roger Deakins. That’s a powerful combination, and there’s a very good reason why this movie looks so incredible.

Blade Runner 2049 opens on October 6. Though if I had to guess, I suspect we’ll see it show up somewhere on the fall festival circuit before that.
Posted by Brent McKnight at 8:18 AM