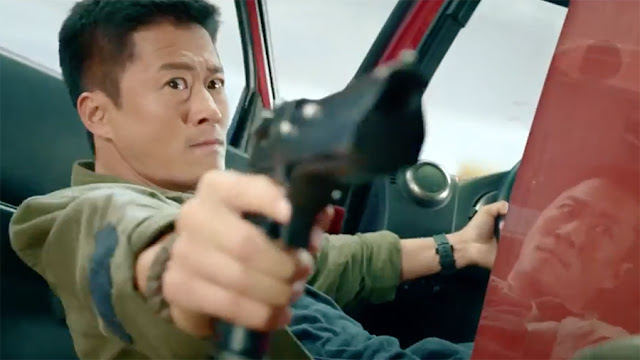 Thanks, Well Go USA, you know me so well. You know how much I love guns, explosions, tank battles, hulking dudes with heavy weapons, and Frank Grillo. And you managed to find Wu Jing’s Wolf Warrior 2, which combines all of those elements and more. I feel like this trailer is just for me, but I feel bad because I didn’t get you anything.

This Wolf Warrior 2 trailer looks entirely ridiculous, but ridiculous action is where I live, so I’m 100% game for this slice of over-the-top mayhem. I don’t think they could fit any more bullets, explosions, or dudes hanging out of vehicles into a less than two-minute video. Hell, I even love cheesy lines like, “Violence doesn’t solve anything, but it sure is fun.” 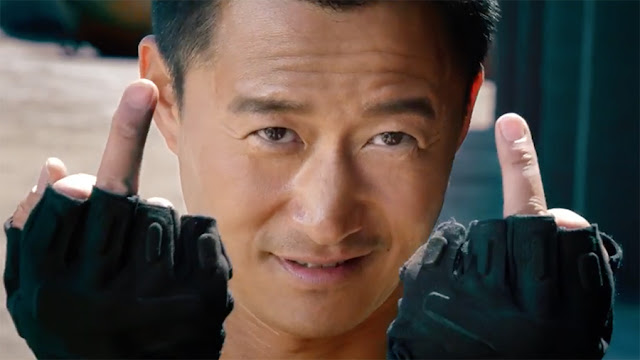 The Wolf Warrior is back, bigger and badder than ever, in this action-packed sequel to the 2015 blockbuster hit. With his career in tatters, China’s deadliest Special Forces operative has settled into a quiet life on the sea. But when he crosses paths with a sadistic band of mercenaries terrorizing innocent civilians, he must reaffirm his duty as a soldier and save the day once again. Fists (and bullets, tanks, missiles and much more) will fly in this adrenaline-fueled tour de force of bravura action filmmaking, all culminating into a climatic battle between the Wolf Warrior and the mercenary leader (Frank Grillo, Captain America: The Winter Solider and CaptainAmerica: Civil War).

Seriously, this has everything I want. Mercenaries, fist fights, gun fights, drone fights, and apparently every other kind of fight you can imagine. I remain happy that Frank Grillo eschewed appearing in more Marvel movies and their ilk in favor of this style of low-down, gritty action. That’s where he’s at his best and where his particular set of skills come most in handy. And from what we see here, director/writer/star Wu Jing has a screen presence all his own. I can’t wait to watch them throw down and pummel each other.

Wolf Warrior 2 opens in China on July 28, and Well Go USA plans to release it the same day in a limited number of U.S theaters. (Though I can’t help but notice Seattle isn’t on the list.) So, some of you will have the chance to bear witness in just a few weeks. Lucky bastards.
Posted by Brent McKnight at 9:25 AM