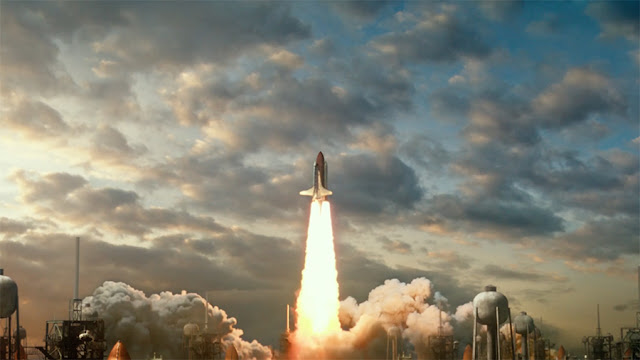 I never knew I could love something as much as I love this Geostorm trailer. The last look made this seem like a shitty, SyFy-level schlock fest, but hot damn, it is so, so much more than that.

I just…I just…I can’t even make words. All I can come up with is that Armageddon drunkenly impregnated London Has Fallen and the baby was subsequently raised by Independence Day: Resurgence wasted on pain pills. And I want it, like right now, and forever and always.

Right from the moment Gerard Butler tells Congress he “Literally had to fly in from outer space,” it’s readily apparent Geostorm was made exclusively with me in mind. So many people are going to hate this dumb-as-rocks nonsense, but it makes me so tingly inside. Folks may to point to this as everything wrong with Hollywood in one convenient capsule, but I on the other hand choose to believe this represents everything right with the world. 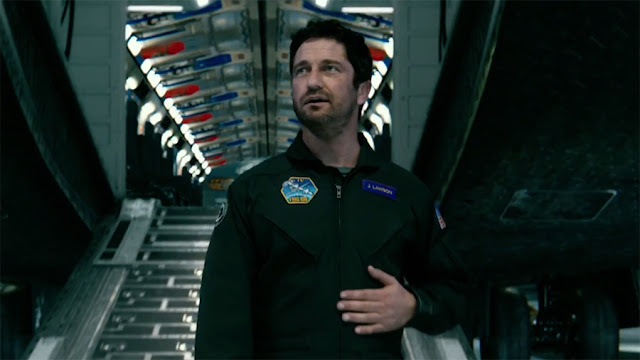 Seriously, there’s classic rock, Gerard Butler playing a scientist in space (I love how he looks like he just woke up from an epic bender), big words that sound “scientific,” frozen corpses, frozen airplanes shattering on city streets, Andy Garcia as the President, unnecessary moves in ridiculous car chases, and so many more glorious things.

All of that is more than enough for me, but if you care, here’s a synopsis for Geostorm:

After an unprecedented series of natural disasters threatened the planet, the world’s leaders came together to create an intricate network of satellites to control the global climate and keep everyone safe. But now, something has gone wrong—the system built to protect the Earth is attacking it, and it’s a race against the clock to uncover the real threat before a worldwide geostorm wipes out everything...and everyone along with it.

Oh lordy, my heart is aflutter with all things Geostorm. It’s going to be a long, long wait until October 20.
Posted by Brent McKnight at 1:09 PM