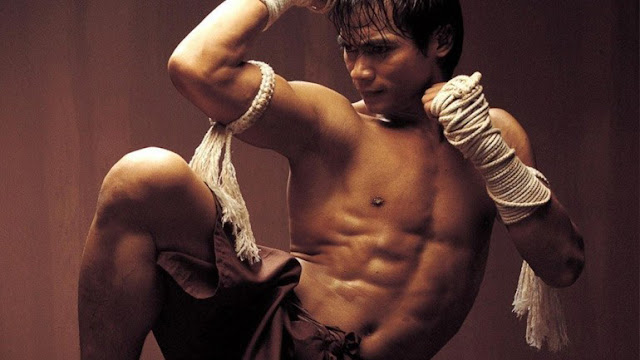 When you hear about a movie named Jiu Jitsu, you probably don’t expect it to involve aliens. However, this particular film also stars Nicolas Cage, so all bets are off. And his upcoming action flick just added a ton of badass talent. In addition to Cage and Alain Moussi, star of the recent Kickboxer revamp, the cast now includes Tony Jaa, Frank Grillo, JuJu Chan, Rick Yune, and Marie Avgeropoulos.


Deadline reports the new additions, and this lineup can certainly bring the ruckus. Jaa is one of, if not the best, movie martial artist currently working on the global scene. Grillo brings grizzled badassary to everything he does, and is no slouch when it comes to cinematic fisticuffs either. Yune can certainly handle himself. And Chan has been dubbed by some as the next Michelle Yeoh, high praise indeed. Even Avgeropoulos is no stranger to action, appearing on the CW’s underrated sci-fi series The 100.

But what this peace does is just causally drop an absolutely bonkers plot. Yes it involves Jiu Jitsu, and yes it involves aliens, but it’s even more ludicrous than you might think:

Written, directed, and produced by Dimitri Logothetis (Kickboxer: Retaliation), Jiu Jitsu is apparently based on a comic book, though one I’m not familiar with. (Not that unheard of, really.)

There’s no release date for Jiu Jitsu, but with these new faces, things are ramping up and production is slated to begin on June 24. You better believe I’ll be watching this like a damn hawk.
Posted by Brent McKnight at 8:06 AM