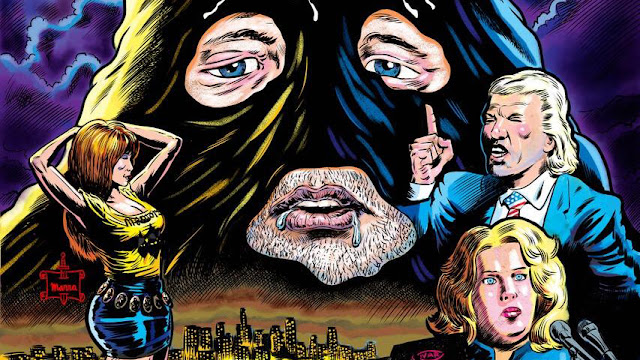 During the intro of U.S. premiere of The El Duce Tapes at the North Bend Film Festival, the host, at a loss for words, asked, “Who here is familiar with The Mentors?” To which a few of us raised our hands and one audience member replied, “Unfortunately.” “Well, you know what you’re in for,” he said, pointing our way. “The rest of you…” and he trailed off with nervous laughter. That sums it up pretty well. If you know, you know; if not, hold the hell on and get ready for some conflicted feelings.

For the unfamiliar, The Mentors were—are, actually, as there is a current incarnation—a punk rock/metal band formed in Seattle in the late 1970s before relocating to Los Angeles. Self-described as “rape rock,” they were infamous, one of the first bands to attempt to shock audiences by saying the most offensive possible things on stage and in song—think a less cuddly G.G. Allin. Bandmembers had names like Sickie Wifebeater and Dr. Heathen Scum, but the front man and driving force was Eldon “El Duce” Hoke. Singing songs about sexual assault and violence, wearing a black executioner’s hood, and Sieg Heiling on stage, he attained a level of notoriety, even appearing on The Jerry Springer show, among others. At one point, shortly before his death, he claimed Courtney Love offered to pay him to kill Kurt Cobain and the lyrics to their ditty, “Golden Showers,” were read on the floor of Congress during censorship hearings. Also, their music terrible, just the worst garbage, but they still inspired a cult-like following of dedicated fans.

In the early ‘90s, an aspiring L.A. actor named Ryan Sexton discovered El Duce passed out in a bush, because of course he did. Over the next two years he followed “El” around, filming him, ostensibly gathering material for a short documentary. Those tapes sat unused in storage for 25 years until Rodney Ascher, the director of The Shinning documentary Room 237, came across them. From this wealth of footage, The El Duce tapes was born. All archival live footage and interviews with El Duce, band members, his sister, and assorted friends and contemporaries, it’s an often uncomfortable watch, but one that takes the viewer on a wild journey. Obviously intent on pushing buttons, there’s still debate about The Mentors’ intentions, and even in this movie, how they’re portrayed depends on who’s talking. Is it performance art designed to hold a mirror up to society? Are they serious, do they believe everything they spout? If so, how serious? El Duce loved watching people cringe and built his life around that, but the question lingers: how much was real, how much was theater?

Whatever the truth, it’s hard to feel sympathy for a man who went on a talk show and told a rape victim she looked familiar. The El Duce tapes never asks the audience to do that—I can’t imagine that strategy being successful—at least not entirely. Part of what makes the movie such an uncomfortable experience is that it does paint him as a somewhat tragic figure. His life was real bleak and plenty grim.

El Duce is undoubtedly a huge piece of shit, no one will debate that. He often comes across as someone who started out trying to get a reaction by saying deplorable things, but said them so much he started to believe them—like he was playing a character, the lines blurred, and he ultimately became the fiction. It’s also telling that no one ever refers to him by his given name, he became his persona. Part of this metamorphosis is likely due to a severe, severe lifelong drinking problem. But he was also exploited by his friends and fans, pushed into living up to his infamous persona, and used by many of the people around him. 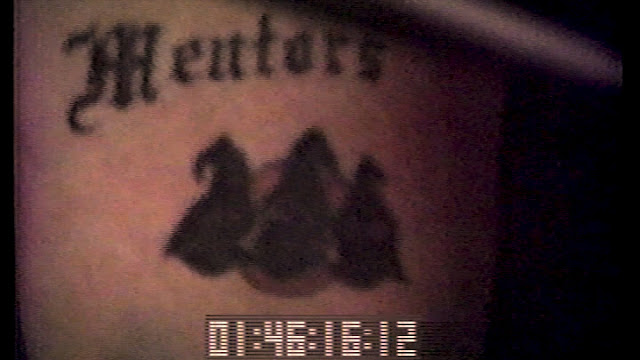 There’s a harrowing scene where, later in his life, having worn out the last shred of good will from his friends, El’s blackout drunk at party, barely upright, pants down, revelers excitedly pouring booze into his mouth. He looks dead. In another interview, he appears genuinely shocked that a white power group wants him to play their gathering—who would possibly think actual Nazis might be fans of a band known for spouting Nazi rhetoric? This is also a man who died, drunk and alone, beheaded by a train.

Watching The Ed Duce Tapes, even at his lowest, most pathetic, part of you is still like good, fuck that dude, he’s a piece of shit who deserves every bad thing that happens to him. Like I said, it’s damn near impossible to feel for this person. But why the film ultimately winds up so effective is that it presents him not as a monster, not as this boogeyman to be worshipped or reviled (though plenty fall into both camps), but as a person. He’s fucked up and horrible beyond belief, for sure, but still very human.

In all honestly, that makes him, and the movie, all the more distressing. It’s easy to pass someone or something off as a monster or evil, but that’s too often dismissive and lets people off the hook. It’s easy to write someone off when you can label or categorize them as one thing or another, it’s much less comfortable when you can’t. 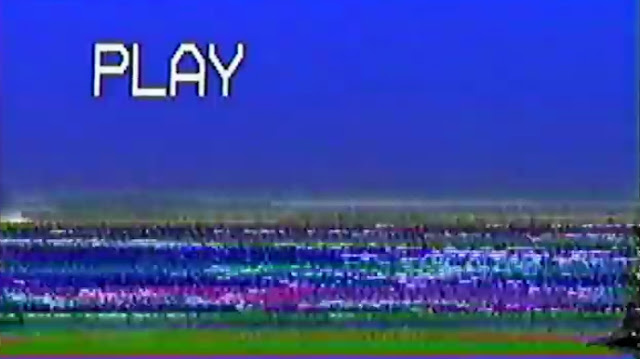 From a higher perspective, The El Duce tapes connects The Mentors and their front man to larger societal trends. There’s an obvious indelible influence on the wave of shock rock that followed—bands like Gwar and others that use outrageous imagery and lyrics to provoke a reaction. The film also traces a direct line to our current news, media, and political culture, where only the most shocking headlines and most consistent provocateurs receive coverage, all trying to one-up each by who seeing who can be the most inflammatory. The true impact of a largely underground punk bank is debatable, but the similarities undeniably exist.

Ascher includes a number of old school VHS style aesthetic flourishes—faux grainy footage, that bright blue screen with digital white lettering, bad tracking—that, while thematically appropriate and matching the lo-fi quality of the archival footage, become intrusive at points. In the bigger picture, it’s not too distracting, though it feels cloying and unnecessary at times.

There’s a lot to unpack in The El Duce tapes, and it’s not easy. It’s by turns powerful and harrowing and disgusting and stomach churning. El Duce became more of a figure than a person, a presence or a character everyone expected him to live up to. Trying to achieve and maintain this near-mythic status fans demanded of him ultimately destroyed him. This documentary removes the hood and puts a face on the legend. He was despicable, that much isn’t up for debate, but he was also undeniably human. [Grade: B+] 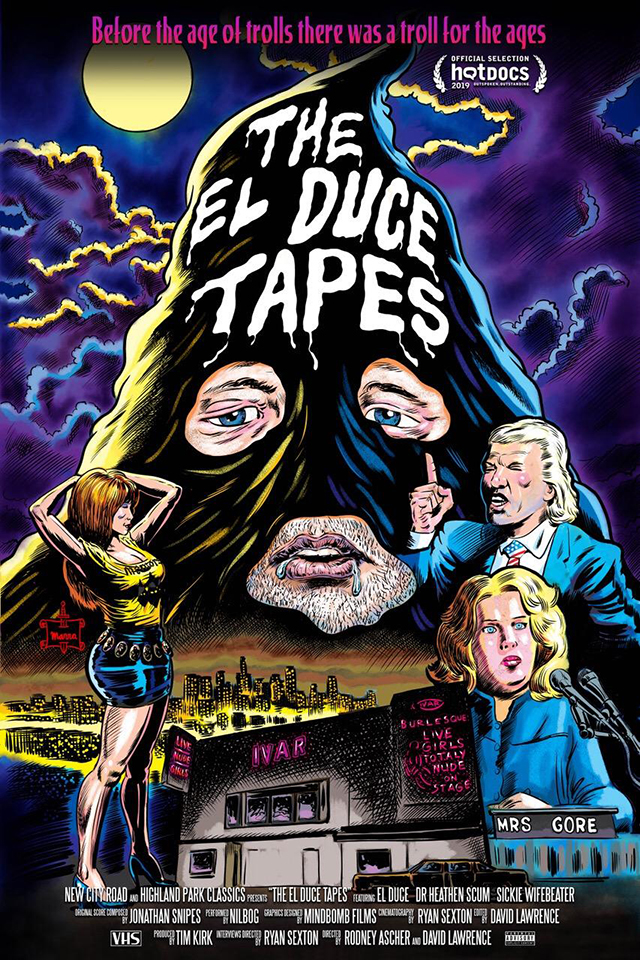 Posted by Brent McKnight at 9:48 AM