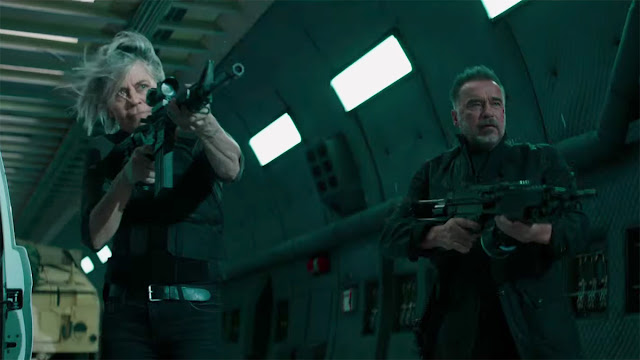 I know. I know better. We’ve been burned before. Too many times. But I can’t help it. I can’t not get excited about a new Terminator movie. And there’s one coming. And there’s a new trailer—weird choice, btw, to drop it at 11 pm EST on a Thursday. Watch the latest trailer for Terminator: Dark Fate below. And check out a new poster below that.

Odd release strategy aside, this Terminator: Dark Fate trailer is a mixed bag. I admittedly grimaced when Mackenzie Davis’ character says, “You may have changed the future, but you won’t change our fate.”

That said, the action looks strong, the new Terminator effects have the potential to be a cool new spin, and I’m here all day for old, grizzled Linda Hamilton being badass and Arnold Schwarzenegger playing a Terminator named Carl. (Not kidding, he’s reportedly named Carl.)

And there’s something to be said that James Cameron is directly involved with the franchise for the first time in years. Sure, it’s only in a producer capacity, and he did publicly sing the praises of Terminator: Genisys, which he had nothing to do with, so who’s to say? But I’d rather have his fingers stirring the pot even a little bit than not.

Terminator: Dark Fate basically retcons the franchise to ignore all the movies except the first two. It takes place 27 years after Terminator 2: Judgement Day, after Sarah Connor and company stop the destruction of the human race. Turns out they may have only delayed the inevitable for a while. A new incarnation of Skynet sends a new version of the liquid Terminator, played by Gabriel Luna, to kill young Dani Ramos (Natalia Reyes) for some as yet unknown reason. An enhanced human (Davis) is sent back to protect her and teams up with Sarah and Carl to once again fight for the future of the human race.

Directed by Tim Miller (Deadpool), Terminator: Dark Fate opens on November 1 and will either restore our faith in the franchise or leave us chiding ourselves because we should know better by now. Guess we’ll just see what we’ll see. 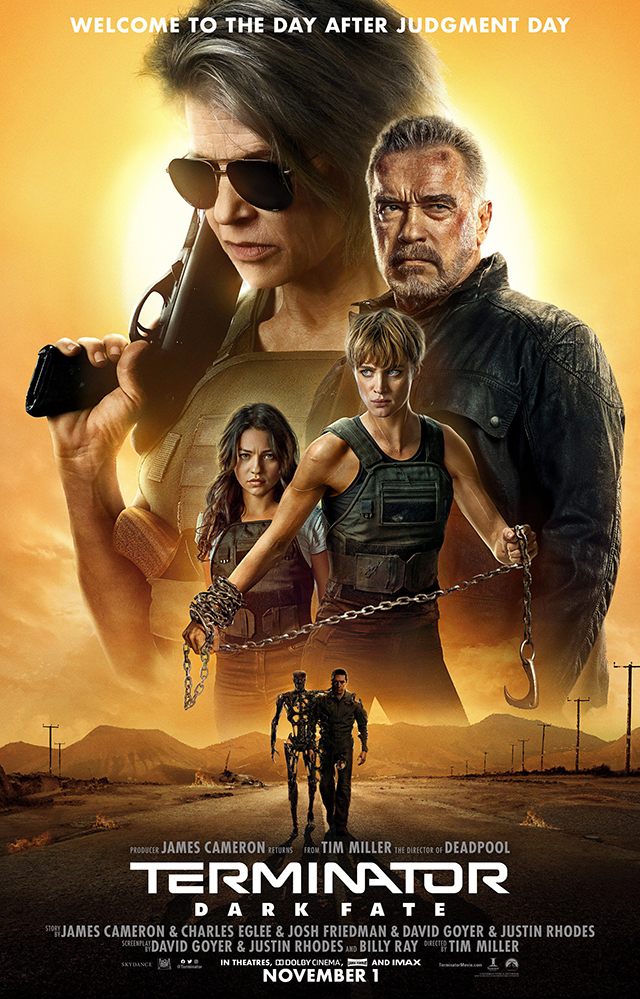