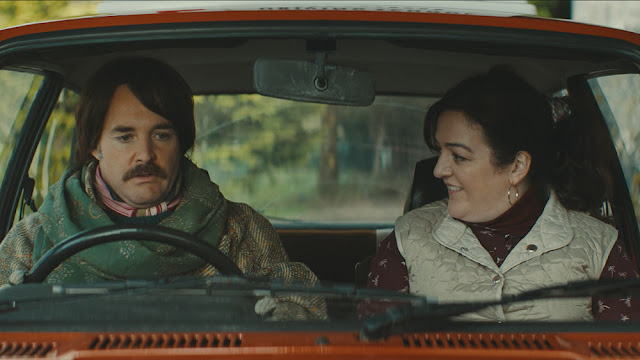 Rose Dooley (Maeve Higgins) has a special talent, she can communicate with the spirit world. But after a tragic accident took her similarly gifted, paranormal-investigator father from her as a child, she shuns her abilities. Instead, she subsists as a driving instructor in a small Irish town, deflecting constant supernatural requests from locals. All that changes, however, when washed up one-hit-wonder Christian Winter (Will Forte) attempts to call forth evil forces to resurrect his career and, in the process, possess a young girl to serve as a virgin sacrifice. With nowhere to turn, the girl’s frantic father, Martin Martin (Barry Ward), himself tormented by the bitter ghost of his dead wife, turns to Rose, who, nurturing a serious crush, decides to pitch in and help.

So goes Extra Ordinary, the horror comedy from co-directors Mike Ahern and Enda Loughman. It’s as silly and absurd as the plot sounds, but it’s also a gleeful charmer and deftly balances the laughs and the chills, something too many films of this ilk fail to accomplish. Full of dry, quirky humor and goofy bits, it also gets legitimately dark and scary, with moments of gooey gore fun. Overall it’s a bit slight, too light and fluffy to have much lasting impact, but it’s also a hoot.

Higgins and Ward have an earnest, fumbling chemistry as two lonely, awkward people crushing hard on each other, trying to connect, but having no idea how. They’re the grounding force, the ones who play it straight, no matter how ludicrous. Forte on the other hand, goes big; he goes real, real big. Winter practically cackles, a caricature of classic campy British B-horror villains. He has an absolute blast, which translates to the audience. Just looking at his mop top and mustache combo and it’s near impossible not to chuckle.

The supporting players don’t always have a ton to do, but add nice bits of ridiculous texture. Rose’s pregnant, hair stylist sister, Sailor (Terri Chandler), isn’t particularly important from a narrative standpoint, but she shows up to mock her sister’s burgeoning spinster ways and push her towards Martin Martin. The real all-star is Claudia O’Doherty, who plays Christian Winter’s wife, also, conveniently enough, named Claudia. She’s shrill and bitter, disappointed with the life she has as opposed to the one her husband promised, and hilariously steals every scene she’s in. 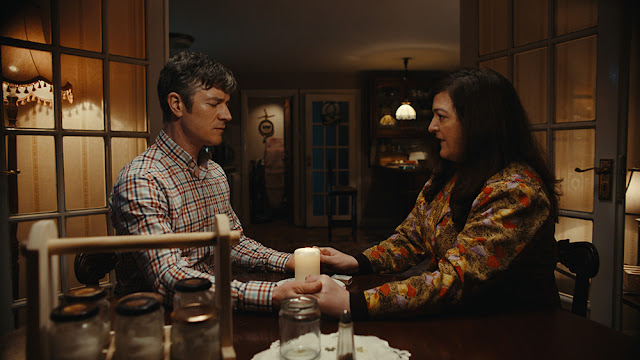 Ahern and Loughnam’s script riffs on standard horror tropes—there are plenty of nods to exorcism movies, ectoplasmic vomiting, and solid ghost-wearing-a-sheet gags. But it also puts a peculiar, off-kilter spin on many as well, like a haunted pot hole or a levitating ghosts. Hell, there’s even an elaborate, penis-shaped staff Winter uses to locate virgins.

Even as silly at Extra Ordinary is, and it’s plenty damn silly, it’s heart lies in more serious thematic concerns. Strip away the ludicrous elements and genre trappings and it’s a story about facing fears, letting go of the past, and two people taking chances to find love. In this regard, it’s sweet and gooey—a different kind of gooey than before—and warm and fuzzy.

While it’s fun and bubbly and doesn’t waste much time, Extra Ordinary ultimately winds up pretty slim. There’s a very specific brand of humor. Certain audiences will adore it, but it won’t land for everyone—fans of dry, British humor take note, this is definitely your speed. It’s a great watch in the moment, but it’s ultimately too light and feathery to stick around.

This feels like the kind of movie people will see at a film festival, enjoy well enough, then forget about, save moments when, a few years down the line, something reminds you of it and you think, “Oh yeah, that movie.” I don’t mean that in a disparaging way necessarily, this is a fun time. Sometimes that’s enough. [Grade: B]

Posted by Brent McKnight at 2:34 PM