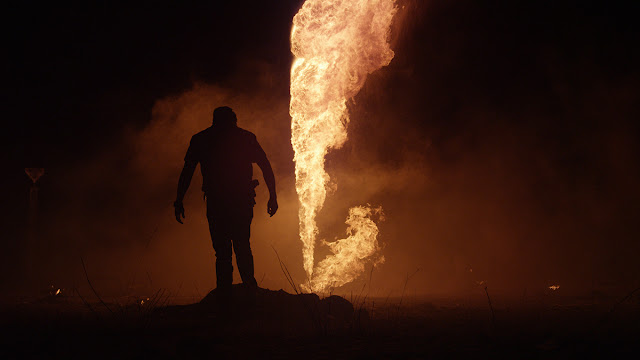 From the first moments of Edgar Nito’s The Gasoline Thieves, tragedy seems inevitable. The film opens with a dark, tense scene where to rival crews attempting to siphon off gas in the Mexican desert violently clash. This creates an ominous, inescapable cloud that lingers over everything to come. That isn’t to say the film is without moments of heart or levity, but it’s impossible to shake the feeling that bad things are in store.

The basic story of The Gasoline Thieves is a relatively simple one. Middle schooler Lalo (Eduardo Banda) wants to buy a cellphone to impress his crush, Ana (Regina Reynoso). It’s a tale of first love, and good intentions that go horrifically wrong. Straightforward, easy, it’s the world around Lalo that’s so much more complicated than he ever sees coming. 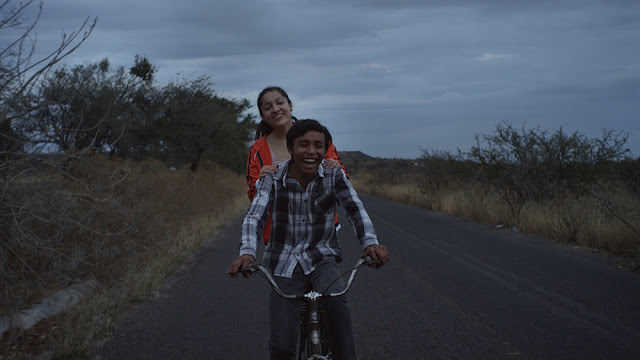 With the current gas crisis in Mexico, the illegal fuel trade, including hijacking trucks and tapping into fuel pipelines, is booming, profitable business. A business run by ruthless cadres and cartels, and the theft and connected corruption only makes the problem worse. To achieve his modest goal, Lalo falls in with one of these crews, and into a pattern of ever escalating poor decisions that spiral towards violence. Nito and company never dive into details and background of the situation, but they offer a street-level slice-of-life view to create the necessary context.

If this all sounds oppressively bleak, it’s not—not entirely anyway. First time feature director Nito, and his co-writer Alfredo Mendoza, take pains to pepper the script with moments of childhood joy, the sweetness of young love, and earnest teenage awkwardness. Lalo is just a good kid in less-than-ideal circumstances looking for a way out. And Banda does a nice job capturing that natural, goofy innocence and the ensuing corruption. He never quite realizes how deep he is and how bad things are, until they’re very, very bad indeed. Juxtaposed against these scenes of happiness and delight, the darkness stands out even more dramatically. 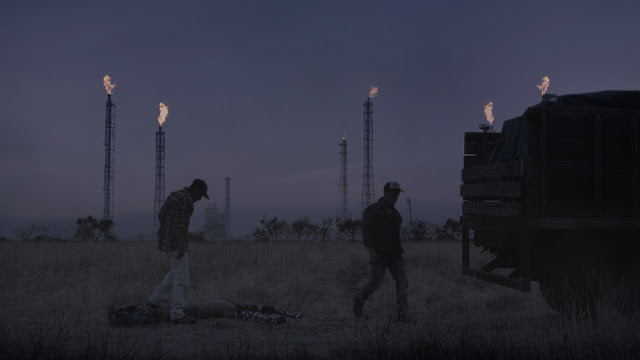 Cinematographer Juan Pablo Ramirez shoots a gorgeous film. His camera captures the stark, barren beauty of the Guanajuato desert and uses the raging fury of blazing gas lines to backlight these clandestine fuel raids. Full of unique staging and framing, the visuals paint a lovely picture throughout, while rarely calling attention to themselves.

The world it depicts may be ugly and brutal, but The Gasoline Thieves is a beautiful film, even as it’s emotionally devastating. In a confident, remarkable debut, Edgar Nito attaches a human element to a timely story pulled directly from the headlines. He mixes a tense, suspenseful crime drama with a heartfelt coming-of-age narrative, and both sides are stronger for the other. It’s excellent, but as the man who introduced it at the North Bend Film Fest said, prepare yourself for just the saddest movie. [Grade: A-] 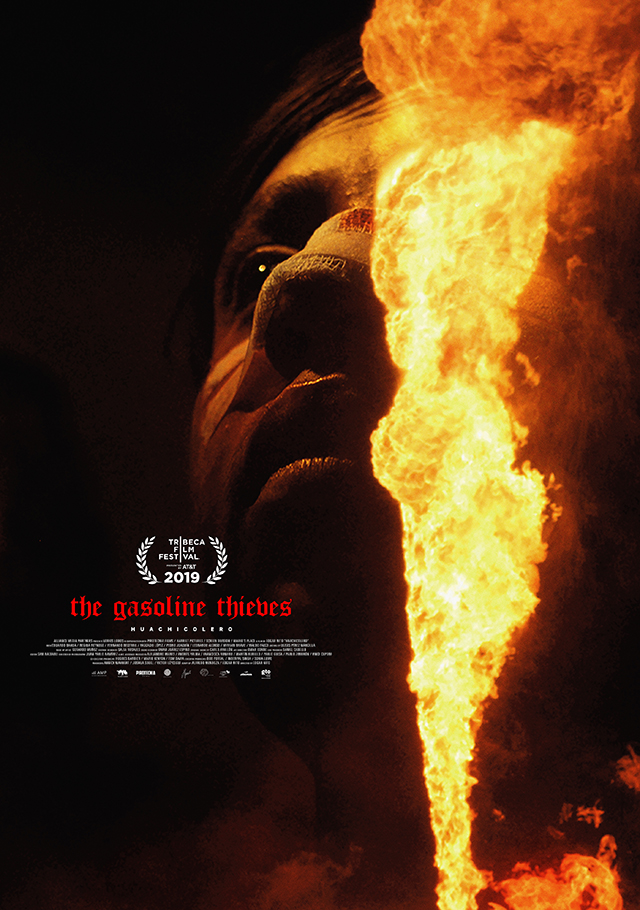 Posted by Brent McKnight at 9:58 AM