This 'Antlers' Trailer Has A Horrifying Secret 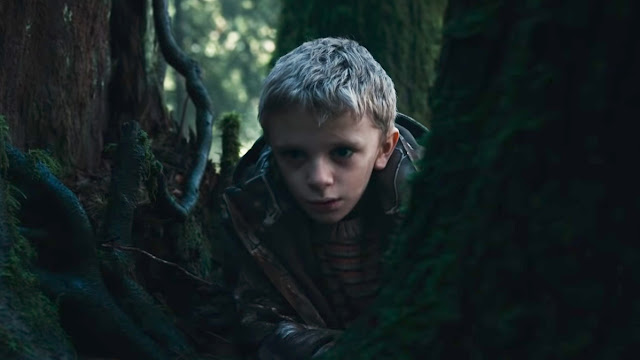 So, Antlers was already on my radar, vaguely as it’s a few months off. Still, a horror movie from director Scott Cooper (Hostiles, Out of the Furnace), producer Guillermo del Toro (The Devil’s Backbone), and starring Keri Russell (The Americans) and Jesse Plemons (Game Night) certainly warrants at least a modicum of attention. Better yet, it also has cannibals. But damn, this first trailer took the anticipation knob and cranked it to eleven.

This Antlers trailer is the kind of thing I need more of in my life. Horror, blood, chills, a kid who maybe has a pet monster, all kinds of nightmare fuel, the list goes on. Obviously, I haven’t seen the movie yet, and near the end it seems like this trailer potentially gives away a lot, but who can say at this point.

A small-town Oregon teacher and her brother, the local sheriff, become entwined with a young student harboring a dangerous secret with frightening consequences.

This description says nothing about cannibals, but that’s the scuttlebutt around the internet campfire. Again, who’s to say, though this is enough to start horror fans salivating, cannibals or no.

Though he’s never made a straight horror movie, Cooper’s movies often contain grim violence and horrific elements that seem like they’ll transfer nicely to his first genre outing. And del Toro is a well-known horror enthusiast, one who was reportedly quite involved with developing the project, which is promising.

Antler also stars Graham Greene, Scott Haze, Rory Cochrane, and Jeremy T. Thomas as the main kid. Fox Searchlight has the film slated to release on April 7, 2020. But I want it, I want it right now!
Posted by Brent McKnight at 11:36 AM