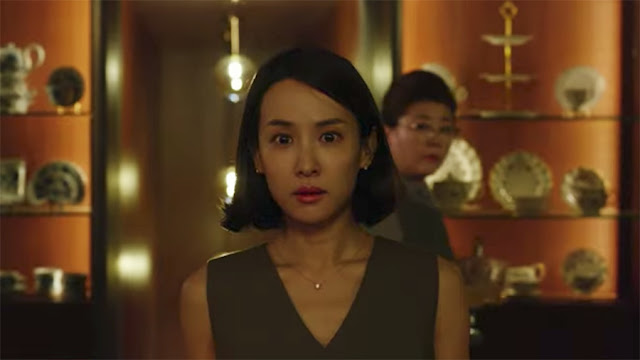 When people toss around the word “masterpiece,” I usually tune out, especially when it comes to new movies—that’s a term that, to truly apply, I feel needs sit and simmer and have some perspective and distance. That said, when I hear it applied to a Bong Joon-ho movie, while I have to see it for myself, it gets me all revved up because the South Korean filmmaker is a non-stop hit machine. As you might imagine, I’m rather excited for his latest, Parasite, which has been collecting rave reviews, is almost here, and dropped this new trailer.

I’m usually immune to advanced knowledge when it comes to movies. In most cases, I can know details about a film and, as long as it’s a compelling, well-crafted work, that doesn’t diminish my enjoyment.

Parasite, however, is one that, early on, I decided to keep my blinders up as much as possible. And thankfully so has the marketing push. This trailer, while tense and compelling, doesn’t give away much in the way of details. Though it does make me want to watch the hell out of this movie right now, even if it is similar to what we’ve already seen.

Here’s a synopsis if you crave more:

Parasite features a fantastic cast that includes the always great Song Kang-ho, Lee Sun-kyun, Cho Yeo-jeong, Choi Woo-shik, Park So-am, Lee Jung Eun, and Chang Hyae-jin. NEON is set to release the film on October 11, though if I have to guess, given their track record, that will be limited in scope with a wider roll-out to follow in subsequent weeks.
Posted by Brent McKnight at 9:25 AM