'The Mandalorian' Trailer Pumps Up The Werner Herzog 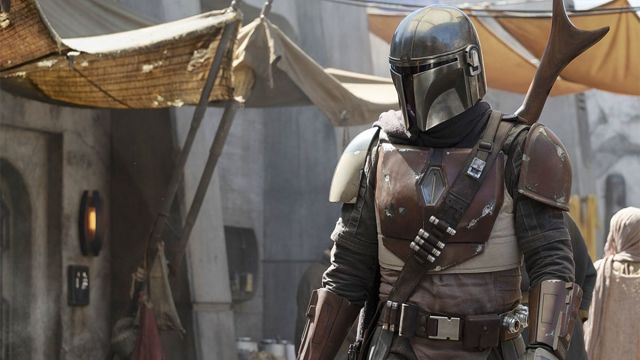 The first trailer for the upcoming Disney+ Star Wars series, The Mandalorian, was pretty damn great. You know what would make it better? Upping the Werner Herzog content, which is precisely what they did with this new trailer. Check it out below.

In the first look, we get a nice dash of Werner Herzog, but the latest trailer for The Mandalorian revolves around the iconoclastic filmmaker and his voice which is just the best. I don’t know who he plays yet—another bounty hunter, regional crime boss, though it seems likely he’s a target for the title character—but I don’t care as long a he gets to talk a lot.

Set in the time between Return of the Jedi and The Force Awakens, the action takes place on the fringes of that far, far away galaxy. Think of it as a kind of frontier space western and that seems to be the vibe. We’ll also see more of what happens after the Empire falls, the growing pains of the New Republic, and the rise of the First Order.

[Related Reading: Werner Herzog Has Some Important Life Advice For You]

After the stories of Jango and Boba Fett, another warrior emerges in the Star Wars universe. The Mandalorian is set after the fall of the Empire and before the emergence of the First Order. We follow the travails of a lone gunfighter in the outer reaches of the galaxy far from the authority of the New Republic.

The plot revolves around The Mandalorian, played by Gameof Thrones’ Pedro Pascal. Most of the descriptions of his character sound like Clint Eastwood in the Man With No Name trilogy.

Gina Carano plays Cara Dune, a former Rebel soldier turned mercenary. Carl Weathers has the very Star Wars name Greef Carga. He’s the leader of a bounty hunter guild, which inherently makes him a bad, bad man. Taika Waititi voices IG-11, a droid who is reportedly innocent and naïve. Giancarlo Esposito shows up as Moff Gideon, a former Imperial governor who, by appearances, looks to have carved out something like his own fiefdom in the power vacuum left by the fall of the Empire. Cast members with less defined characters include Nick Nolte, Bill Burr, Ming-Na Wen, Emily Swallow, and tons more.

The Mandalorian will be the flagship shiny new thing for Disney+ when the streaming service begins on November 12.
Posted by Brent McKnight at 9:59 AM