Werner Herzog Has Some Important Life Advice For You 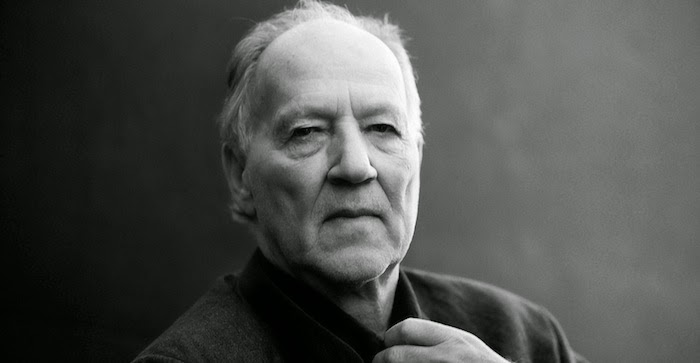 If more of us lived like Werner Herzog, the world would be a strange place indeed. It also might well be a few shades darker and a bit more magical, though in an unnerving, likely terrifying way. As a director, an artist, and a human being, he’s very much a singular individual, and if you want to emulate the German auteur, in life or in movies, check out his 24 pieces of key advice. I think my favorites are “Carry bolt cutters everywhere” and “Take revenge if need be.”

These come from the back of Paul Cronin’s recent book, Werner Herzog—A Guide for the Perplexed, and you can apply these proverbs to filmmaking as well as life in general.

Most known for films like Fitzcarroldo, Cave of Forgotten Dream, numerous other masterpieces, his total commitment, and a tempestuous relationship with frequent collaborator Klaus Kinsky, Herzog also pops up in wildly unexpected places. For example, he played the villain in 2012’s Tom Cruise vehicle, Jack Reacher, a most un-Herzogian film to be sure, and he recently had a cameo on NBC’s sitcom Parks and Recreation (check out the clip below). That’s part of what makes him so esoteric and fascinating, he’s a complete and total character, and never does what you expect.

1. Always take the initiative.
2. There is nothing wrong with spending a night in jail if it means getting the shot you need.
3. Send out all your dogs and one might return with prey.
4. Never wallow in your troubles; despair must be kept private and brief.
5. Learn to live with your mistakes.
6. Expand your knowledge and understanding of music and literature, old and modern.
7. That roll of unexposed celluloid you have in your hand might be the last in existence, so do something impressive with it.
8. There is never an excuse not to finish a film.
9. Carry bolt cutters everywhere.
10. Thwart institutional cowardice.
11. Ask for forgiveness, not permission.
12. Take your fate into your own hands.
13. Learn to read the inner essence of a landscape.
14. Ignite the fire within and explore unknown territory.
15. Walk straight ahead, never detour.
16. Manoeuvre and mislead, but always deliver.
17. Don’t be fearful of rejection.
18. Develop your own voice.
19. Day one is the point of no return.
20. A badge of honor is to fail a film theory class.
21. Chance is the lifeblood of cinema.
22. Guerrilla tactics are best.
23. Take revenge if need be.
24. Get used to the bear behind you.

Posted by Brent McKnight at 1:56 PM