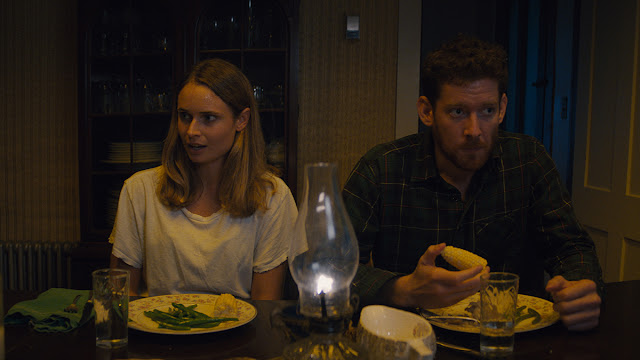 The various culture clashes between city dwellers and rural folks has been responsible for more horror movie trauma than just about any set up. Such is the basis for Devereaux Milburn’s Honeydew, and while there are a few bits of intrigue and interest, there’s not much to recommend. It quickly becomes tedious, winds up overlong, and squanders the most appealing elements.

Rylie (Malin Barr), a PhD student doing her dissertation on a strain of fungus that affects wheat crops, and Sam (Sawyer Spielberg), a struggling actor, embark on a journey to the countryside so she can do some firsthand research. Car trouble compels them to seek shelter with Karen (Barbara Kingsley), an elderly farmer, and her mostly invalid son, Gunni (Jamie Bradley), who was kicked in the head by a horse. As things unfold, it becomes clear that Karen is not as kindly as she appears and the situation grows progressively weirder and more sinister. 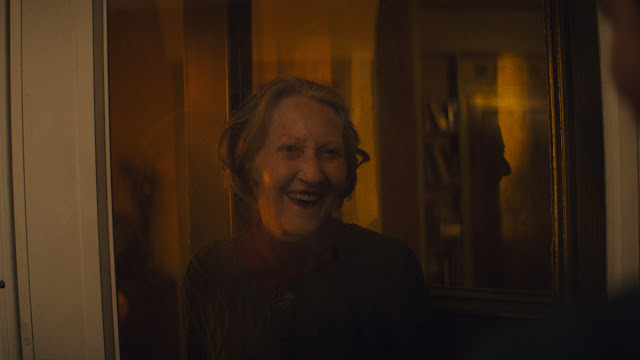 When Honeydew works, it works because of a fish-out-of-water sense of unease. The awkwardness as Rylie and Sam sit across a table from Karen and Gunni is palpable and real. It creates a simmering dread undercut by bits of quirky strangeness—Karen only listens to echo-heavy renditions of Christmas songs, off-kilter pops and claps make up the bulk of the score, and design choices further enhance the discomfort. You want to squirm in your seat along with the protagonists.

The film even has a cool look. Milburn and cinematographer Dan Kennedy, who co-wrote the script with Milburn, craft an overall homage to The Texas Chainsaw Massacre, tonally as well as visually. They play with focus and framing, placing the camera at unusual angles and making unexpected moves. Their use of split-screens layers the action and also hearkens back to the 1970s. 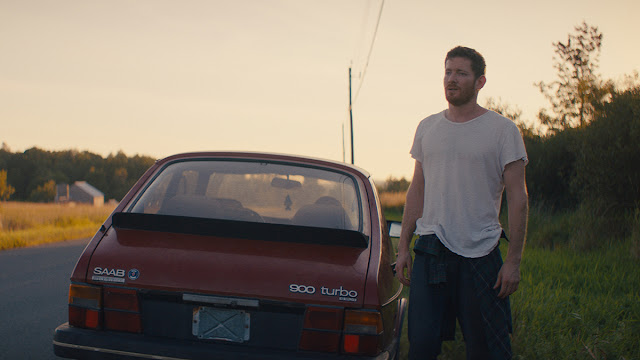 The problems start with the main characters. Protagonists don’t have to be likeable—they’re not—but they have to be compelling in some way. And they’re not. At all. Their entire personalities are based on the fact that the relationship is in trouble and they don’t like each other. Movies have been built on much less, but not this one. Their conflict plays out so rote, so bland, it’s impossible to care about or invest in.

And much like Sam and Rylie’s relationship is unnecessarily drawn out, so, too, is the surrounding movie. Honeydew mistakes a languid, glacial pace for tension—it aims for slow-burn only to wind up merely slow. Every single scene goes on far too long; 30 seconds, a minute, two minutes too long.

[Related Reading: 'We Are What We Are' Movie Review] 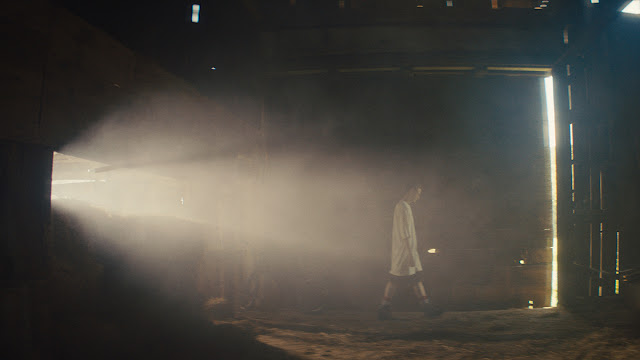 An example: Sam can’t eat red meat because of health reasons. A point Rylie harangues him about in passive aggressive fashion. Later, he sneaks up to Karen’s fridge for an illicit steak. This is taboo. Sam knows it’s taboo. We know it’s taboo. The very act illustrates a key place of friction in the relationship. Point made. Only not. Sam then spends a full two minutes explaining every last thing he can’t eat to an near-comatose Gunni. (How dare that bitch, and presumably his doctor, tell him he can’t eat chicken nuggets!!!)

This or something similar happens almost every scene. And in most, if not every case, a ton of fat could have been trimmed and they would still accomplish what they set out to do—it would probably land even better without all the excess diminishing the impact. 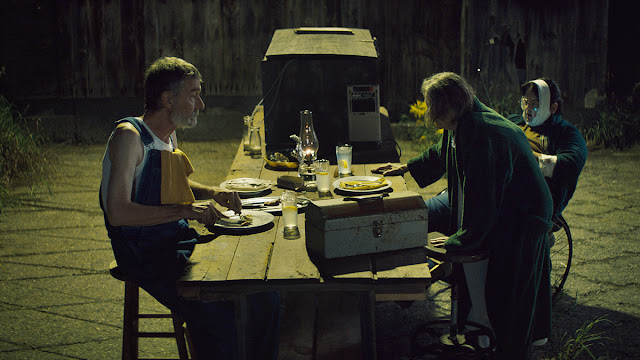 There’s potential in Honeydew from both an aesthetic and story perspective, which makes it all the more maddening that it misses in such dire fashion. No movie about backwoods cannibals should be this dull. But it even ruins the climactic reveals—which should be shocking and which, when I think about them as a concept, sound awesome—by dragging them on and on and on into tedium. [Grade: C-]

Posted by Brent McKnight at 1:52 PM

COMPLETELY agree with this review. Any promise that was remotely there in the first act of this film devolved into a dismal, tedious and annoying bore.

It's extra frustrating because there is potential, but potential squandered on unnecessary affectations.