There’s that messy moment at the end of a long-term relationship, after you break up but before you tell people. You kiss, cry, fight, fuck, fight more. That’s the moment We Broke Up, a new romantic comedy from writer/director Jeff Rosenberg and co-writer Laura Jacqmin, focuses on. The result is a charming, if slight entry into the rom-com fray.

When Doug (William Jackson Harper, The Good Place) off-the-cuff proposes to Lori (Aya Cash, You’re the Worst), his girlfriend of ten years, it leads her to panic-vomit on his shoes. Not the reaction he hoped for. This also causes them to break up. Here’s the problem: this is the weekend Lori’s younger sister, Bea (Sarah Bolger, Into the Badlands), who Doug refers to as the little sister he never had, plans to marry perpetual man-child Jayson (Tony Cavalero, The Righteous Gemstones). The two decide to wait until after the nuptials to drop this particular bomb and, as expected, complications arise and shenanigans ensue. 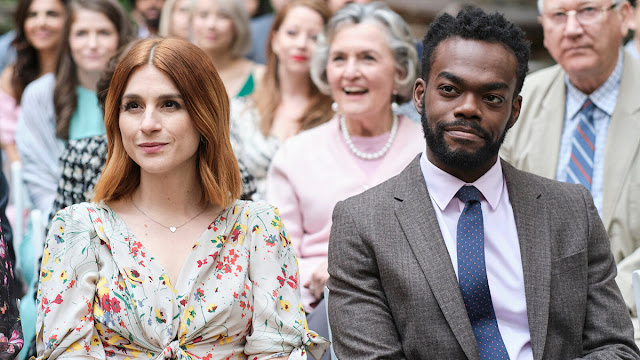 Nothing unexpected happens, plot wise—the story never veers far from the rom-com formula. Still, the film is quirky and amiable, with enough investment and fun flourishes to keep viewers engaged and entertained despite being slight and breezy. Harper shows again he’s poised to be a great leading man, oozing charisma and magnetism. He’s by far the most compelling part, though a strong supporting cast surrounds the main duo. This includes fun contributions from Peri Gilpin, Eduardo Franco, Kobi Libii, Azita Ghanizada, and others. (Though Larisa Oleynik from 10 Things I Hate About You shows up as a wedding planner and has almost no lines—there has to be a deleted thread somewhere.)

The film is best when it captures the strain and longing and despair of the situation. It nails the conflicted feelings, the “maybe this was a mistake” waffling, especially when it involves two people who still very much care about one another, but who simply grew apart without realizing it. Doug and Lori suffer uncomfortable questions and lingering issues bubble to the surface, forcing them to confront realities they’ve done their best to ignore. It’s often poignant and relatable in these moments. 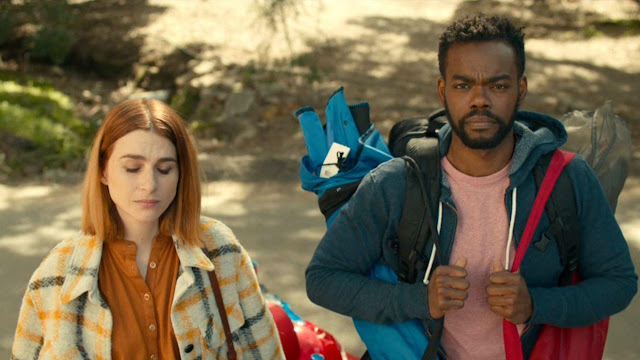 One inescapable issue, however, is Lori. The best way to describe her is as ill-defined. She’s vague. Her motivations, her desires, her true feelings, even her personality, they’re all presented as nebulous and ambiguous. This isn’t meant to slam Cash, it’s more an issue with the script than the performance, but there’s never a true sense of who she is as a person. Even concrete details are sparse and usually hinted at rather than shown.

A character can be unsure of what they want and who they are, but the script can’t. She isn’t abstract, she isn’t mysterious, it feels like We Broke Up doesn’t know Lori. And it stands in even more stark contrast because everyone else is so well rendered, including secondary characters. We see Doug’s personality come through in his pain and conflict and frustration. Even Bea and Jayson are much more fleshed out than Lori. They start as millennial cartoons (they have a Paul Bunyan-themed wedding at a summer camp and Bea plans to open a scrunchie store for god’s sake), but as the film progresses, the film reveals their depth and layers in a way it never does for Lori. As a consequence, she fades into the background and functions more as a prop than a real, authentic character in the story. 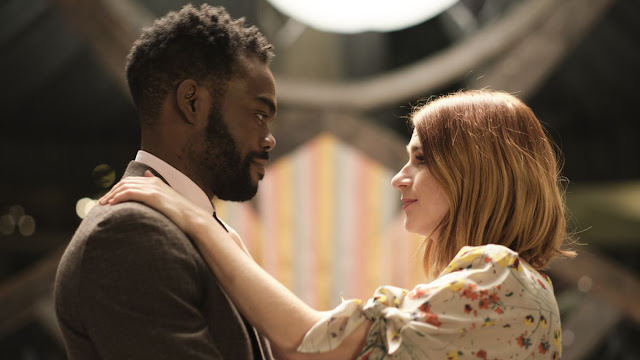 We Broke Up was never destined to be much more substantial than what it is on the surface. And that’s fine. It’s a pleasant enough foible, which is the intent. Still, the Lori problem keeps it from being slightly more memorable, from being movie that sticks to the ribs a bit more and has some staying power. Even with that, however, it remains a reasonably agreeable, if not particularly notable rom-com. [Grade: B-]