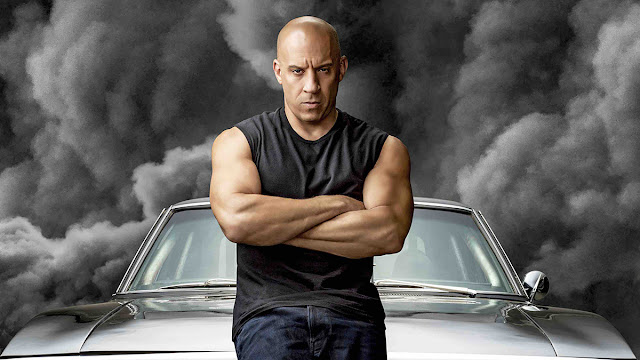 A magnet car, a jet being taken out by a truck, beefy dudes brawling, talk of family, a long-dead character brought back to life, a flying Pontiac Fiero? All of this taken together can only mean one thing: there’s a new F9 trailer and it’s even more bonkers than you thought.I mean…really…what…how…I can’t…

What can possibly be said about the Fast & Furious franchise that hasn’t already been said? It’s an escalating series of adventures that have ultimately become an insane action cartoon. (Remember when these movies were about street racing?) And this latest F9 trailer takes things even further than we ever dreamed.

How does one describe the things seen in this trailer? Is it possible? Does it even matter? Probably not to that last one. If you’re on the hook for these movies, this is like adrenaline-fueled catnip. So, I’ll just leave the trailer here, you probably already know if you want to see this. And if you’re here, now, I’m willing to bet you do.

Here’s a synopsis, as if that matters:

Vin Diesel’s Dom Toretto is leading a quiet life off the grid with Letty and his son, little Brian, but they know that danger always lurks just over their peaceful horizon. This time, that threat will force Dom to confront the sins of his past if he’s going to save those he loves most. His crew joins together to stop a world-shattering plot led by the most skilled assassin and high-performance driver they’ve ever encountered: a man who also happens to be Dom’s forsaken brother, Jakob (John Cena, the upcoming The Suicide Squad).

F9 sees the return of Justin Lin as director, who helmed the third, fourth, fifth and sixth chapters of the series when it transformed into a global blockbuster. The action hurtles around the globe—from London to Tokyo, from Central America to Edinburgh, and from a secret bunker in Azerbaijan to the teeming streets of Tbilisi. Along the way, old friends will be resurrected, old foes will return, history will be rewritten, and the true meaning of family will be tested like never before.

After being delayed countless times thanks to the raging global pandemic (among other reasons, the first couple were unrelated to COVID-19), F9 finally, finally opens, on June 25, 2021, more than two years after it was originally slated for release. If seeing this absurd spectacle on the big screen isn’t reason enough to get a damn COVID vaccine, we cannot be friends.

Posted by Brent McKnight at 8:36 AM