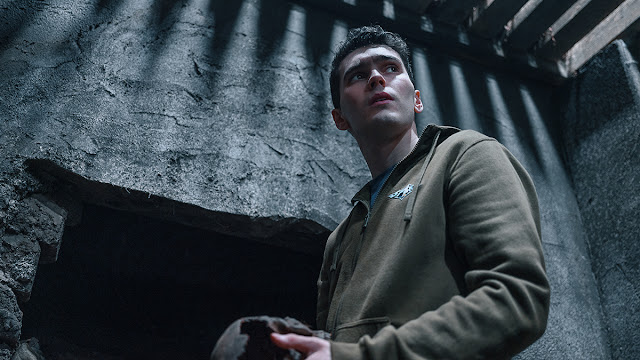 Don’t you hate it when you inadvertently wake up an ancient vampire and unleash his wrath upon your small Irish town? The characters in Chris Baugh’s Boys From County Hell certainly do.

This Irish vampire yarn is so Irish I turned on the subtitles two scenes in the brogues are so dense. (Okay, I tried, they didn’t work on the screener I had, but Shudder knows what they’re doing, so I presume they’ll work should you require them.) It’s also about a village full of drunk, rowdy, foul-mouthed, fist-fighting ne'er-do-wells knocking back pints at the Bram Stoker-themed bar and busting each other’s balls. 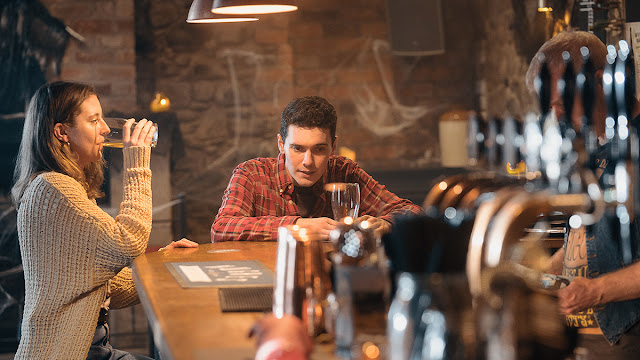 While raucous and fun, Boys From County Hell concerns itself with more than just raising hell and gore. Though don’t fret, there’s plenty of the latter. For a movie that begins with an elderly couple bleeding out their eyes, Baugh’s script takes the time to set the stage before it fully descends into horror territory. And the film is much stronger for this choice.

We see the bonds between friends, the strife among family members, and the general swirling drama of the town. Six Mile Hill’s claim to fame is that, according to legend, they’re the home of the first vampire, Abhartach, the inspiration for Dracula, and his grave is both a modest tourist attraction and just a pile of rocks in a field. But it’s also a sad little hamlet where you either escape or get stuck forever, an air of desperation hanging over everyone. 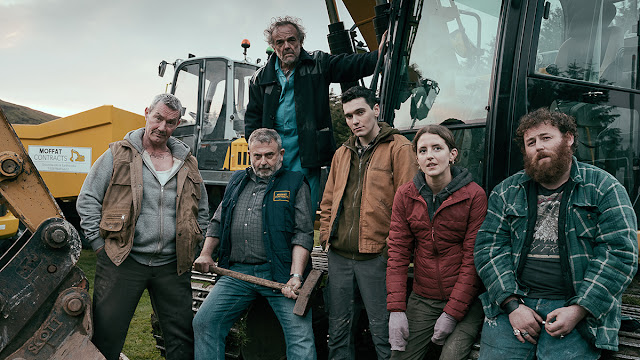 Eugene Moffatt (Jack Rowan) falls into this latter category. Every night he bellies up to the bar with his best mate Will (Fra Fee) and his girlfriend, Claire (Louisa Harland); disappoints his gruff, road-worker father, Francie (Nigel O’Neill), every day; and generally finds lackluster ways to squander his time. When construction of a new highway knocks over Abhertach’s grave, it unleashes a bloodthirsty new complication into town and Eugene’s life.

Obviously indebted to Dracula and the traditional vampire lore it established, Boys From County Hell puts its own spin on things. These characters exist in a world where the rules for fighting fictional vampires exist and are well known, only Baugh toys with these in clever ways, playing with the expectations of both the characters and the audience. What we get is never what you or they assume. 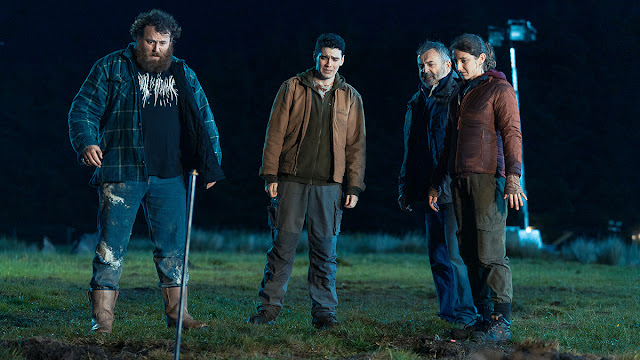 Though the frantic vampire hunting/scramble for survival, the legwork Baugh does establishing the characters and their relationships gives the horror a nice emotional heft. For a movie marketed as a horror-comedy, this can be surprisingly maudlin and cynical as characters deal with death and loss, even outside of the bloodsucking and the undead. That’s where it’s most solid, with Rowan portraying grief and guilt; O’Neill, who’s also fantastic in Bad Day for the Cut, as the brusque, distant father coping with his own trauma; and Fee imbuing Will with a sense of drowning in the small town, his own secrets pulling him down. The blood and guts have that much more impact and inherent tension as a result. Including an incredible bit with a severed leg.

Though the film generally moves along at a brisk, if occasionally meandering clip and throws a few wrinkles into standard vampire traditions, it never truly sinks its teeth into the material. (Sorry, it’s a vampire movie, had to be done.) It’s fun, it’s fine, it’s worth watching, but it doesn’t always balance the humor and the drama—for long stretches, it’s easy to forget this wants to be a comedy, so when that comes back around, it feels out of place. Though a decently good time, in the end, you’re left knowing the Boys From County Hell could have been something more. [Grade: B-]