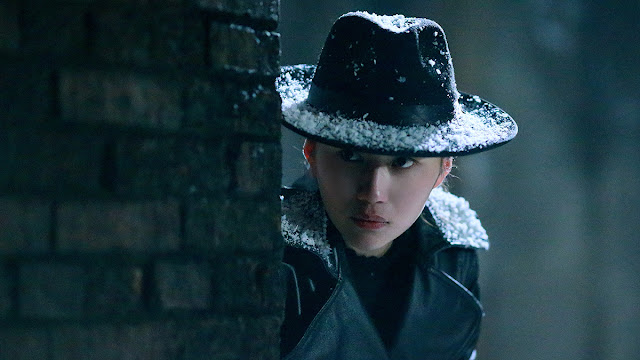 Director Zhang Yimou is best known for his sweeping historical epics, like Hero and House of Flying Daggers, but it turns out he also has a bit of espionage in his DNA. His latest film, Cliff Walkers, does take place in a certain bygone era, though a much more recent one. And instead of swords and lush period costumes, he delivers his first taut, chilly spy thriller, one full of suspense, betrayal, treachery, and the usual slick execution and eye for detail one expects from him.

In the 1930s, Japan invaded North Eastern China and set up the puppet state of Manchukuo. (It's a similar era, setting, and tone to Kim Jee-woon's The Age of Shadows.) Into this milieu, enter a quartet of Russian-trained agents on a secret mission—Zhang (Zhang Yi), Yu (Qin Hailu), Chuliang (Zhu Yawen), and Lan (Liu Haocun). Not only do they face threats form the occupying forces, they must contend with a traitor in their midst, uncertain loyalties, and a constantly shifting sense of what’s real and who can be trusted. 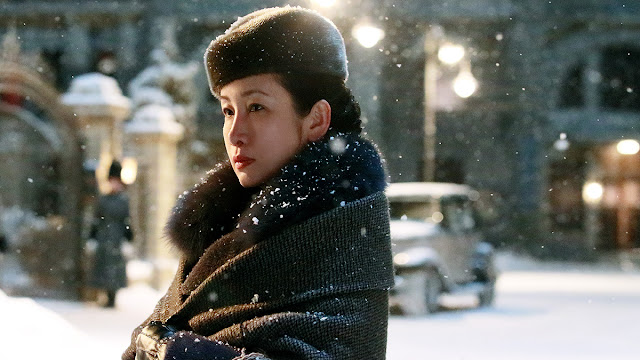 Where Cliff Walkers, formerly titled Impasse, stands out is in weaving a tangled web for the characters to unravel and throwing roadblocks in their way. Each side attempts to out maneuver the other, and traps, danger, and unseen hazards lurk around every corner. Zhang, working from a script by Quan Yongxian, ratchets up the pressure at every turn, dangling the spies off precarious metaphorical ledges where life and death hinge on the next step, the next choice.

Each time they extricate themselves from one dilemma, they find themselves, immediately if not sooner, in another equally perilous spot. Great stretches, especially an extended sequence on a train early in the film, are breathless, pulse-quickening endeavors in mounting tension. This propels the pace and tempo ever forward—even in quiet moments, the characters, and the viewers, never have time to get comfortable, knowing the next trap is waiting to spring. Bursts of action—a shootout, a car chase—punctuate the low-key anxiety throughout the film. 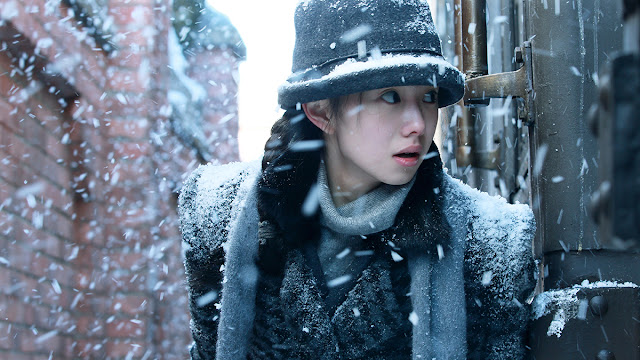 At times, the main four blend together a bit—there’s not a ton of initial characterization and draped in heavy fur winter clothes, sans many establishing closeups, they cut a shape akin to four indistinct shadows traipsing through the woods. The script gives Zhang and Yu an additional motivation in an attempt to create an emotional investment beyond the mission, though it winds up flat and underdeveloped more than impactful. Liu is the secret all-star, though. Lan presents as meek and mousy, a tiny human who doesn’t look like much but who, in reality, is a total badass who handles her business.

These may not be the bright, elaborate sets and costumes of the Imperial Chinese court, but they are no less meticulous. We’re talking trench coats and fedoras, snowflakes on a hat brim, and spot-on specifics that sell the world and give it a textured, lived-in feel. Working with frequent cinematographer, Zhao Xiaoding, Zhang crafts another immersive period piece, one with a familiar sense of grandeur and broader historical context. 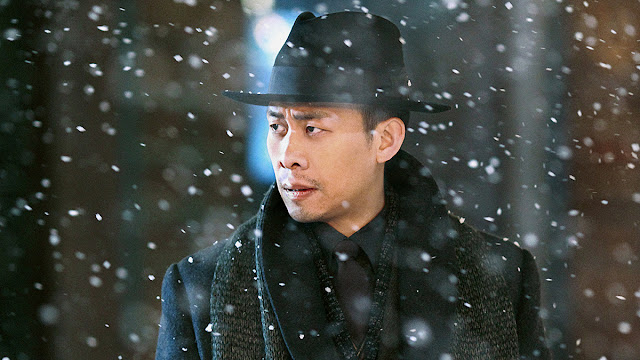 In the end, Cliff Walkers too closely mimics the frosty, ice-covered setting. A gorgeous, fastidiously constructed film—again, we’d expect nothing less from Zhang Yimou—it’s something of an at-arm’s-length exercise. Zhang and company play a tight, razor-edged chess match. At times it’s thrilling, while at others it’s like watching stone pieces move around a board. The exhilaration and adventure are more than enough to warrant a viewing, and there’s ample suspense, peril, and musings on the lies we tell ourselves in order to sleep at night. And the filmmakers obviously have a deep reverence for the historical epoch of the story, but this remove keeps it from being something more memorable than a cool, twisty spy thriller. [Grade: B]