Comic Review: 'Doctor Who: The Tenth And Eleventh Doctors' 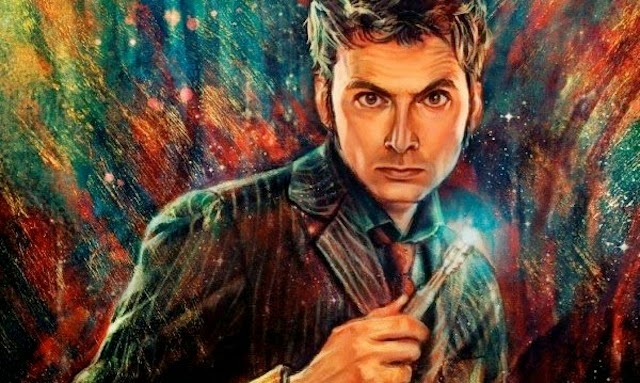 Season eight of BBC’s venerable sci-fi adventure Doctor Who is on on the way, and though the August 23 premiere date still feels like a rather long way off, we’ve got something that just might tide you over until then. Titan Comics unveiled not one, but two new continuing Doctor Who comics. While new episodes of the television series will properly introduce fans to Peter Capaldi’s twelfth incarnation of the Time Lord, these comics follow the adventures of fan favorite tenth and eleventh Doctors. Though both issues are quick hitters—you’ll be in and out in few minutes each—they’re a fun way to fill your time before the show returns. 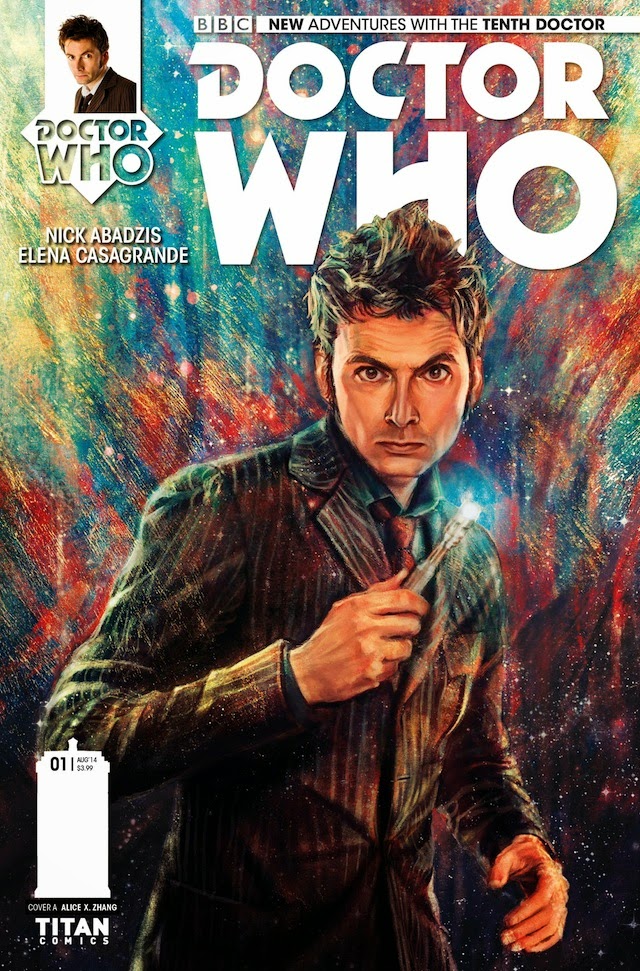 On the day before Halloween, which also happens to be the eve of Dia de los Muertos, strange things are afoot in the Sunset Park neighborhood of Brooklyn. People are seeing dead relatives, the spirits of loved ones, frightening creatures, and even the devil himself. Into this fray walks a dapper, sharp-dressed man, a man who just so happens to be the last Time Lord of Gallifrey, so he really isn’t a man at all. After all, he has two hearts beating inside of his chest, that’s not normal.

This is the set up for the first issue of Titan’s new Doctor Who: The Tenth Doctor series. While the action is fun—as ghosts and monsters pop up, there is a serious beginning-of-Ghostbusters vibe to the proceedings—there is actually very little of the Doctor himself. The story focuses primarily on a young woman named Gabriella, and since this takes place in the wake of the David Tennant’s incarnation of the long-lived character parting ways with his previous companion Donna Noble, you can’t help but imagine that this is how he meets his next travelling partner.

Gabriella is young, bright, and beautiful. Slowly being crushed beneath the weight of her overbearing father who cares more about the state of his new laundromat than the hopes, dreams, and desires of his daughter, she is inching closer and closer to full on open rebellion. Basically she’s stuck, gradually losing her mind, and is a prime candidate for some epic adventures through space and time with an alien in a beige trench coat.

Issue number one of this new title is a slick, quick read that, like most funny books, will only take you a few minutes to read, but it is worth checking out for fans of the show. There aren’t many of the usual baddies to get you in the mood, but the Doctor is around, investigating, tinkering with his sonic screwdriver, and stepping in to lend hand when one is needed, like when you see an otherwise normal looking guy on the subway turn into hairy, frothing beast man. As brief as it is, this is a fun little jaunt that leaves your wanting to check in next time to see how it all shakes out. 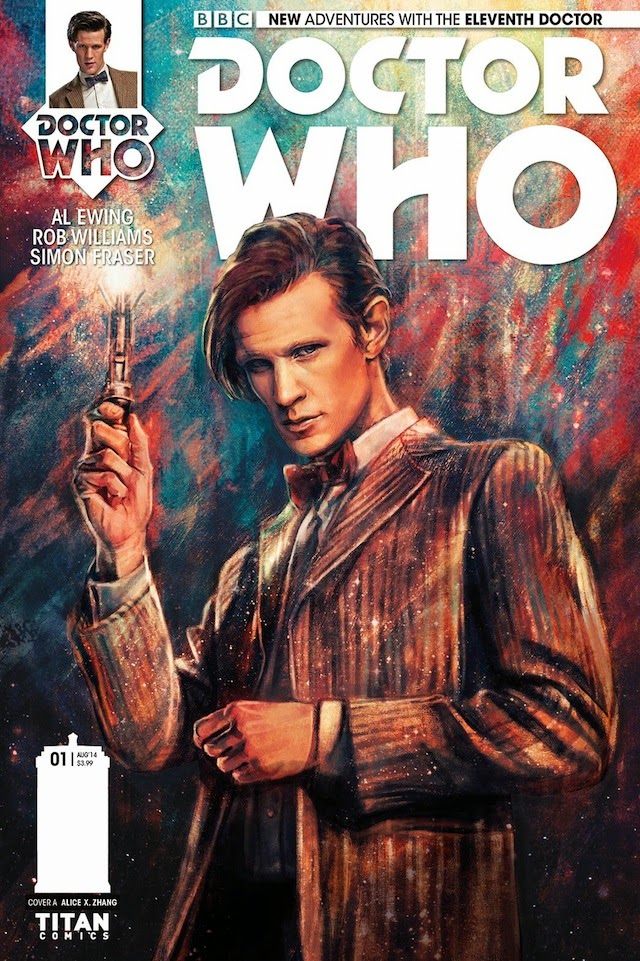 And if this one comic isn’t enough, Titan also released the continuing adventures of Matt Smith’s incarnation of the Time Lord with Doctor Who: The Eleventh Doctor. Much like the other book, this is essentially the story of how the Doctor, while checking for anomalies in Reality 2.0 in the wake of Rory and Amy leaving to do enjoy their married life, comes to meet up with the person you assume will be his next companion as he jumps through space and time.

The story begins with a funeral and only gets more miserable from there. In a painfully brief amount of time, Alice Obiefune puts her mother in the ground, loses her library assistant job due to cutbacks, and is evicted from her home to make way for luxury condos that she can’t ever hope to afford. But just when things are at their worst, when her world in the comic is quite literally black and white, in comes a burst of bright color in the form of the Doctor.

Through a momentary chance encounter, the course of her life changes forever, and Alice gets ensnared in a ridiculous caper, helping the Doctor try to catch a rainbow alien dog creature that feeds off of human misery and negative emotions. This is a perfect adventure for Smith’s interpretation of the Time Lord, the one often described as a human cartoon, and those characteristics, as well as his kindness, are definitely on full display here as he bounces around the frames and from page to page. This version of the Doctor is especially suited for a comic book existence.

At its core, this story is about friendship crossing meaningless boundaries, compassion for all creatures, and companionship. Alice is an emotional wreck, though she still doesn’t bat an eye when the TARDIS appears in her living room, and the Doctor comforts her when she needs it, his compassionate side on full display. Together they bond and prepare to embark on a great adventure, and this book, though quick, is exactly as much fun as it sounds.
Posted by Brent McKnight at 12:13 PM