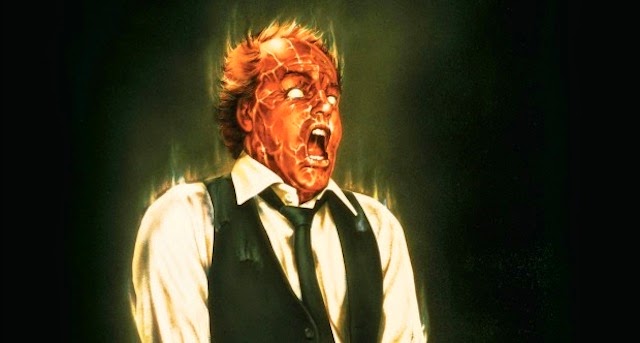 David Cronenberg has been turning out creepy, memorable films that range from good to great for more than four decades, and one of his fan favorites, 1981’s Scanners, just got the Criterion Blu-ray treatment. If you have any inkling that you need to add this to your collection, do it, now, don’t waste any time. This is the Canadian auteur in the middle of an epic run, preceded by Shivers, Rabid, and The Brood, and followed immediately by Videodrome, The Dead Zone, and The Fly. Most filmmakers can only dream of a string of movies like that.

Most known for the scene where that dude’s head blew up, one of the most notorious moments in horror movie history that is decidedly awesome, there is way more going on than just that. When Cameron Vale (Stephen Lack), a telepathic homeless man, gets pissed off at a rich snooty lady at the mall, he discovers that he has as yet untapped mental powers, and that he’s far from the only one. Called Scanners, they can do everything from reading thoughts and controlling people to the aforementioned cranial pyrotechnics.

Taken in by the mysterious company ComSec and trained to control his abilities by the paternal Dr. Paul Ruth (Patrick McGoohan), Vale is sent out into the world as a low-grade intelligence agent to take down Darryl Revok (Michael Ironside at his sinister best), leader of a rogue gang of Scanners. As the complex, pseudo-spy thriller plot unfolds, the film becomes a cat and mouse game between the two, but of course that’s not the end of it. Vale learns the true scope of his powers, uncovers hidden factions of good and bad Scanners, discovers conspiracies, and must decide for himself where his trust and loyalties lie. This all culminates in a psychic duel where, as Revok says, they handle it “Scanners style.”

Scanners digs into ideas of private companies weaponizing everything they can get their hands on, less than ethical business practices of big pharmaceutical companies, and the kind of psychological tests that were rumored by both sides during the height of the Cold War. Paranormal research, private security firms, and corruption all play their part in why the film still resonates today.

Full of Cronenberg’s trademark strangeness, each element in Scanners comes together to create an atmosphere of continual tension and menace. Methodically paced, the discordant score, like a synth-heavy Bernard Herman, plays like the soundtrack to a claustrophobic nightmare on this disc, which comes with new, uncompressed monaural sound. Every last frame is an immaculate composition, every camera move clinical, and the eerie color scheme, which only heightens the mood, pops off the screen on a restored 2K digital transfer that Cronenberg supervised himself. This isn’t a half bad way to watch this movie; that giant plaster head that doubles as a hang out room has never looked so good.

Because this is a Criterion joint, you know that you’re getting one hell of a package in the deal, anything less would be a horrible let down, and Scanners doesn’t disappoint. Slick packaging comes with a pixelated pop-art rendering of Revok, only to reveal a whole, completed version of the image on the inside. Three discs contain a landslide of special features, and because no Criterion release is complete without a little reading material, there’s a booklet with a lengthy, in depth essay from film scholar Kim Newman. This pamphlet also contains an intense, full color artistic rendering of the infamous exploding head scene. You’ll wish this were a full-size poster you could put on your wall.

“The Scanners Way” is a 22-minute behind-the-scenes documentary made especially for this release that focuses on the special effects. More than anything, this includes interviews with the various designers and techs talking about working with Cronenberg, his openness to their new ideas, and how they all worked together to give the effects that practical, visceral, live feel that comes across in the final film. For a relatively low-budget affair, Scanners had a strong team, including legend Dick Smith, who worked on the likes of Godfather, The Exorcist, and countless others. It also sounds like it was an absolute blast, with one member of the team calling it a “mad frat house” of special effects. And as you probably imagined, there is a fair amount of time dedicated to that head-splosion.

Each of the key stars gets their own in depth interview. Lack talks about how his career as a visual artist—he led a bohemian as part of the downtown art scene in Montreal—led to his participation in Scanners, and sheds life on the lightning fast pace of production. Ironside’s, turn in front of the camera, taped specifically for Criterion, is an absolute must watch for any fan of the man or his work. He talks about how what was supposed to be a one-day role quickly turned into the main antagonist, how Cronenberg can change the direction of a film on a dime and still maintain his compass, and so much more. You get a glimpse into his process, how he chooses his roles, and even his childhood and young life.

This disc collects archival footage of Cronenberg on The Bob McLean Show shortly after Scanners dropped. While they talk about this film in particular, it also serves as a retrospective of the director’s career up to that point, discussing all of his early work, drawing thematic connections through each of his films, and even touching on how he, originally a writing student, found his way into the industry.

Padded by radio spots and trailers, the real gem of this release is that it includes Stereo, Cronenberg’s 1969 feature-length debut. Shot in a faux-documentary black and white style, it features numerous tropes, themes, and ideas that the director would revisit again and again in his work, like body horror, telepathy, sexual experimentation, and even the head-drilling bit in Scanners. 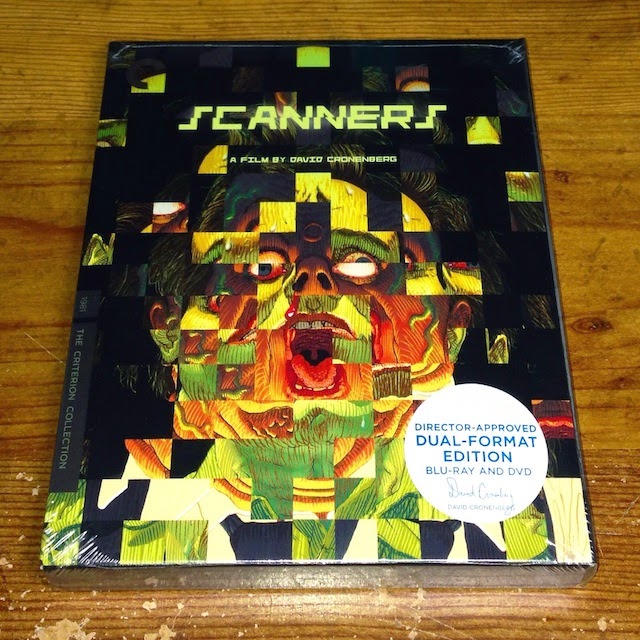 Hello Brent McKnight,
This is really a fantastic job you have done here. I read and got much nice information. Your sharing topic is also nice. I am very pleased on your sharing. Thanks a lot.