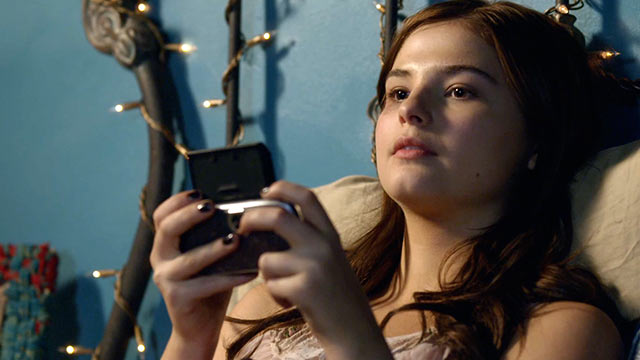 More than any other genre, horror is known for churning out sequel after sequel. That’s one of the benefits of working on the cheap, all you need is one strong opening weekend and you can make a profit, and after a few installments, you can pull that off based on name recognition alone. The latest horror franchise to expand the brand is Insidious, which drops the tepid, totally generic Insidious: Chapter 3 in theaters this weekend.

Leigh Whannell, writer of the previous installments, takes over the director chair from his partner in crime, James Wan, who has moved on to helming movies like the billion-dollar-earning Furious 7 and the upcoming Aquaman. Insidious 3 is Whannell’s directorial debut, he doesn’t even have so much as a short to his name, and what he delivers is an absolutely paint-by-numbers horror offering that brings nothing new or fresh or even moderately appealing to the table. There is nothing particularly egregious going on, but neither is there anything of any interest to be found.

A prequel set before the events of the Lambert Haunting from the first film, Insidious 3 follows Quinn Brenner (Stefanie Scott from the  upcoming Jem and the Holograms adaptation). A gifted dreamer with hopes of attending a prestigious New York drama school, she turns to Elise Rainier (Lin Shaye), a reluctant psychic who can communicate with the dead, in the hopes of getting advice from her dead mother. But as it turns out, Quinn has been targeted by a sinister demon that answers the call from the other side, and he torments her throughout the rest of the movie.

What follows is only scary if you’ve never ever seen a horror movie before in your life. Shadowy figures show up, lurking in the corner of dark rooms. Characters do things like look under the bed, seeing nothing, but when they stand up, surprise, there’s some nasty looking demon man standing behind them. Every cliché, trope, and platitude the genre has ever produced gets trotted out, and as the result is that the 97-minute run time drags along at a snail’s pace. 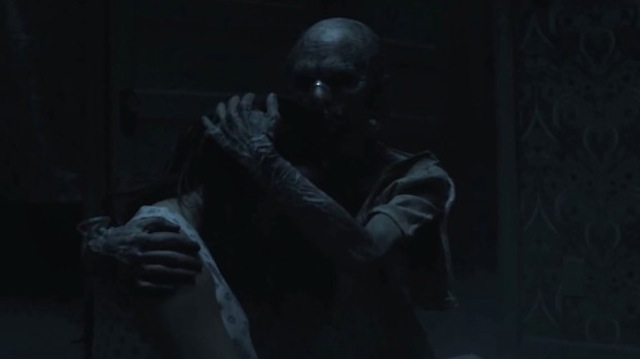 Whannell never succeeds in creating any of the atmospheric tension that comes so naturally and effortlessly to Wan, who has a cameo, and is the strongest element of the previous films. Just because you make a room dark doesn’t make is scary, and putting slimy footprints up a wall doesn’t help. After an accident leaves Quinn with two broken legs, the film employs the old invalid-who-can’t-escape set up as the secret history of her building is, vaguely, revealed. Hell, there’s even a “Magical Negro” character who lives next door and is full of crazy talk, but maybe, just maybe, she can see things no one else can and speaks the horrifying truth.

It doesn’t help matters that there’s little emotional investment in the characters. Quinn is supposed to be distraught over the death of her mother, something many people can relate to, but aside from occasionally saying she misses her loved one and that her mom was, “like, um, cool,” you never feel that loss. At home, her set up is stock horror movie dysfunctional family. Her father (Dermot Mulroney), is distant and busy, relying on Quinn to essentially raise her younger brother, a character who exists in the script for no other reason than to deliver one plot point later on in the movie.

At best, Insidious 3 is a facsimile of low-budget ‘70s supernatural horror, but it never amounts to anything more than that. It’s a beat for beat rehash, which is something that has been done so many times before, there’s nothing of any interest left after being Xeroxed so many times. Every last jump scare is placed precisely where you expect it—if you suspect a hand is going to reach out from the darkness, it does; if you think there’s going to be a half-rotten corpse standing behind a character when she turns around, that’s exactly what you’ll see.

Insidious: Chapter 3 is just completely middle of the road in every conceivable way. The performances aren’t bad, but no one brings much besides workmanlike space filling to their roles, the story is bland and predictable, and the connections to the earlier films are strained and unnecessary. If they had changed the names and a couple of actors, this would just be another supernatural horror film. As a fan of horror, a genre all to often relegated to direct-to-home-video market, you want to support it when it gets a big theatrical release, but can’t help but hope that it will be better and more original than Insidious: Chapter 3. [Grade: C-]