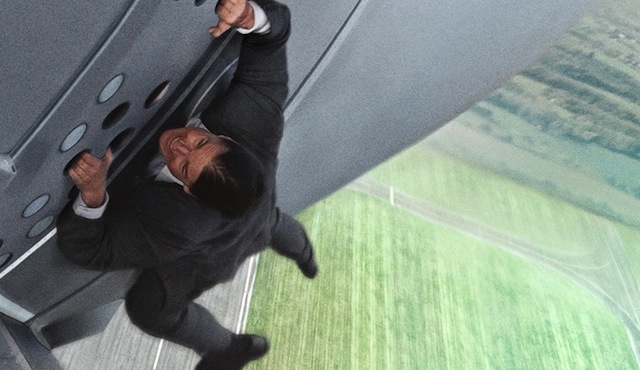 Mad Max: Fury Road may be the action movie of the summer (likely the year, maybe the decade), but the upcoming Mission: Impossible—Rogue Nation may very well give George Miller’s film a run for its money. The nonstop chaos and mayhem brought by Tom Cruise and company in on full display in this new trailer. Check it out after the jump.

This is one mouthful of a title, but it also looks like a damn fine time. Once again, the Impossible Mission Force, fronted by international super spy Ethan Hunt (Cruise), has been disbanded and disavowed. But, as you expect, they come back together to take out the nefarious “Syndicate,” described as both the “anti-IMF” and a “rogue nation,” whatever that means.

To be fair, I don’t really care what that means because there are crazy stunts for days, including high-speed car chases, a longer look at that insane Tom-Cruise-hanging-off-a-plane sequence, and a look at what we’ve heard is a long, single-shot take of a dangerous underwater stunt. This should be an absolute blast.