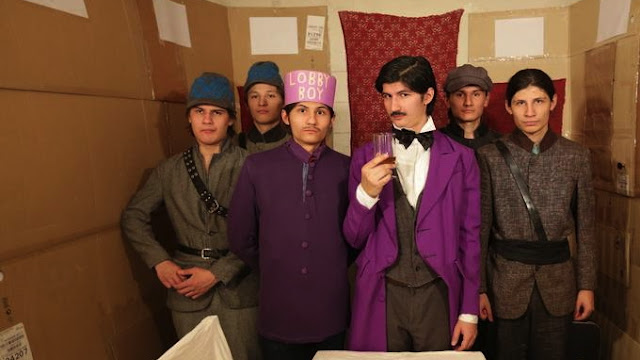 Imagine you never leave your small, dingy Manhattan apartment, and the only contact you have with the outside world is through movies. Growing up like this you might turn out a little weird, and the Angulo family, a literal band of brothers raised in such a situation by their isolationist parents, are indeed an interesting bunch. Their only outlet for creativity, and just to stave off boredom, is to recreate their favorite films, like Reservoir Dogs, The Dark Knight, and The Grand Budapest Hotel, crafting intricate costumes out of cereal boxes, yoga mats, and whatever other resources they can get their hands on.

In her new documentary, The Wolfpack, director Crystal Moselle has nearly unlimited access to the brothers, and chronicles their life over a period of great change. At one point they inform her that she is the only person who has ever been invited over to their home, and is the only guest they’ve ever had.

Being so isolated, they’re eager to tell their story, to just have someone to listen to them. For as socially awkward as they can be—at some points they come across as remarkably put together, all things considered, but other times their disaffection and ignorance of social norms shines through—they can also be remarkably introspective and self-aware. As one of the ponytailed brothers remarks that they didn’t have much else to do besides think.

Movies show the brothers another world, that there are more possibilities out there than they have in their small housing project apartment on the Lower East Side, and even plant the idea of escape. Over the course of the film, you get to watch them push against their overbearing father, grow increasingly brave and bold as they come of age, and explore. This isn’t always easy, and one ill-fated spur-of-the-moment excursion, wearing a homemade Michael Myers mask, results in one brother being institutionalized for a time. 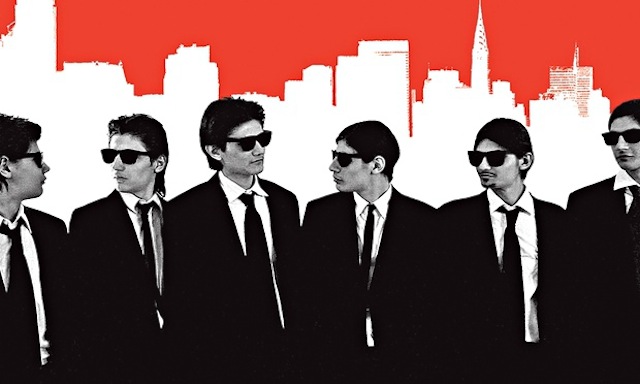 The Wolfpack is part spectacle as you watch a family struggling to function, and part unique perspective on the world. Movies present a version of reality, not reality, and if that’s your only connection to the world at large, it’s bound to warp your perspective. But this also reminds you of the power of the medium. It’s heartbreaking to watch these young men, at the age when they’re yearning to explore and experience everything they can, penned in by their circumstances—their father has the only set of keys—talk about how movies, both onscreen and those they make, keep them going, keep them from losing their minds completely. They see themselves reflected and represented in movies, sad, frightened, lonely kids, outsiders, and know that, despite their seclusion, they’re not alone as they watch the New York streets, teeming with life, through their cracked windows.

As intimate as the story is, there’s a distance between the viewer and the subjects. While a certain level of remove is usually what you want out of documentary—Moselle occasionally asks questions to keep them moving—The Wolfpack doesn’t ever go quite as deep as you want it to, and you walk away with unasked questions hanging in the air. That’s bound to happen from time to time, but especially as the film meanders in the middle, and as you feel it struggle with where to go next, you can’t help but wish some of this space was otherwise filled with some of the story that you know must be there, but that doesn’t come across on screen. If only Moselle had asked the right questions.

And when the brothers do finally break free, which should be the most momentous occasion, an event that has been years in the making, it’s glossed over. One moment they’re just outside, awkward and unsure how to act, and you wonder how they got to this point. Their mother, as much a prisoner as the boys, and someone who also escapes in her own right, simply explains it as, “It was time.” Seeing them explore and grow, even moving out on their own, holding jobs, and making their own films, rights the ship somewhat, but even as that unfolds, that question lingers.

Sad and strange, funny and touching, wholly unusual and like nothing you’ve ever seen before, The Wolfpack is both powerful and unsettling. Tahere’s a gritty realism to what is essentially a coming of age story, but not like one you’ve ever experienced. Despite flaws and issues, The Wolfpack is certainly a documentary worth tracking down and checking out. [Grade: B]