'I Am Big Bird' Movie Review 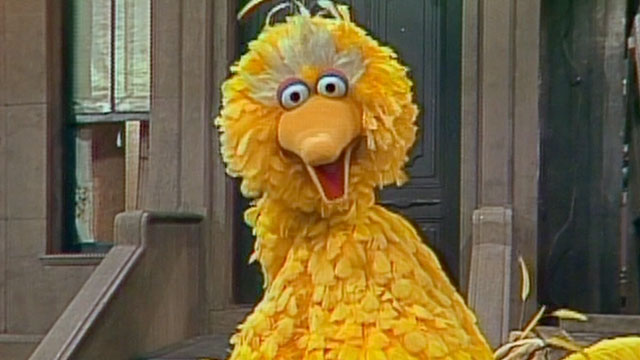 Everyone loves Big Bird (if you don’t, what’s wrong with you?). The Sesame Street character is an iconic figure in the lives of generations of children around the world, but it’s easy to forget that there’s a real dude inside that feathery yellow walking puppet. For more than 40 years, that has been Caroll Spinney, and the new documentary I Am Big Bird tells the touching story of a man who has spent his life delighting fans across the globe.

Formally, I Am Big Bird doesn’t do anything particularly interesting or stray too far from the usual talking heads and archival footage documentary formula, but it still manages to a be fun, endearing, and nostalgic trip. This is due entirely to the subject, Spinney (who is also Oscar the Grouch, just in case you need another reason to love the man), who you just want to hug from the first moment you meet him.

To be honest, his story isn’t even all that remarkable, though it’s still compelling. True to form, the film traces his tale from childhood onward. He had a nurturing, supportive mother and a temperamental, abusive father, and he left home to join the Air Force and pursue his dream of being a puppeteer. I Am Big Bird touches on these darker elements, like Spinney being bullied in school and an unhappy first marriage, but only in the most cursory manner, choosing instead to focus on the man and his overwhelmingly positive outlook on life.

Spinney is so warm, so welcoming, and exudes such a glow of enthusiasm that you can’t help but get wrapped up and swept along. Breaking into the business, aided by an early encounter with Jim Henson, he was awkward and never quite fit in, and it got to the point that he almost walked away from it all. But even though some of these personality ticks persist today, he persevered, and everything, seriously everything, worked out aces for the guy. 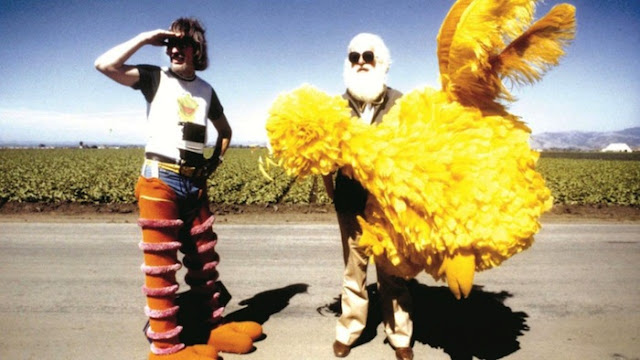 I Am Big Bird walks a precarious line, teetering ever so dangerously on the edge of schmaltz and an “everything is awesome” vibe. The man is passionate about what he does, met his soul mate, a woman he adores more now than ever (he proposed after 13 days), has a positive impact worldwide, everyone thinks he’s wonderful, and his life is just about as grand as anyone can hope for. Sure there’s sadness and loss, as everyone has, but it is mostly beside the point. This could have so easily descended into overly sentimental drivel or cynicism, but Spinney is so genuine, so totally psyched on his life, and feels everything so deeply, that his unconditional love is absolutely infectious.

As you’re given a portrait of the man, you also get a portrait of the characters he plays, as anecdotes from Spinney, his family, friends, coworkers, and general well wishers reveal just how much of both Big Bird and Oscar come directly from him. At 79—at least when the movie was made—you see the physical toll doing this day in and day out takes on him, and get a new appreciation for what it takes out of him to perform the character, though he has no plans to stop while he’s still capable. He’s even had an incredibly patient understudy in place for more than 15 years.

Both Spinney and his characters have evolved over time, both as he’s aged and as new figures like Elmo, aimed at even younger audiences, take over center stage, but like everything else he takes it all in stride. And by the time you relive Big Bird singing at Jim Henson’s funeral, or watch Spinney and his wife Debbie reunited with the now-grown child actor who co-starred in Big Bird in China—they were extremely close on set, but haven’t seen each other in more than 30 years—it hits you right in the tear ducts.

I Am Big Bird is the very definition of a feel good movie. Never super incisive or biting, it is an exploration of one man’s legacy as a performer, a husband, a father, and a friend, and that legacy is one of love and warmth and affection. That’s what people remember about him, both those who know him as well as those of us who only know his work, and that’s what shines through here. You’re not going to learn any vital life lessons—aside from follow your dreams, be yourself, and be nice to people, which is fine, important advice—but it’s impossible not to walk away with a smile on your face. [Grade: B]