Arnold Schwarzenegger Is Out For Revenge In '478' 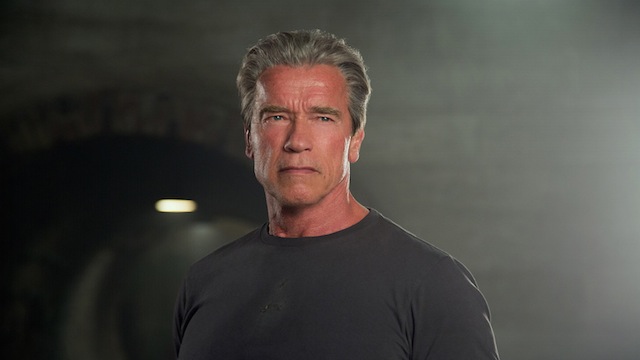 Despite generally mixed critical and popular responses, I’m a big fan of this post-political career Arnold Schwarzenegger. Sure, he’s doing obvious cash grabs by revisiting franchises like TerminatorGenisys and Conan (both of which I’m totally okay with), but he’s also doing gritty action again, with projects like The Last Stand and Sabotage. He’s even blazing new trails in movies like Maggie, more an intimate family drama than a zombie movie. One of his next films sounds like one close to my heart, as he’s set to headline the upcoming revenge film 478.

This new, grey-haired Arnold is like a throwback to gritty action stars of the ‘70s and ‘80s, and he’s making choices that fit with that aesthetic. According to Deadline, 478 is about a man whose wife and child are killed in a place crash due to negligence on the part of the air traffic controller. So he’s not out for vengeance against terrorists, the devil, or a drug cartel or anything, and this guy probably isn’t a monster, so this is going to add a new wrinkle to a traditional Schwarzenegger revenge flick. It’s described as less of an action vehicle and more of a subtle character piece, and I can’t wait.

In addition to Arnie, 478 has a script by Javier Gullon, who penned Enemy for Dennis Villenueve, and Darren Aronofsky is set to produce. There’s no word on a release date just yet, but as soon as we hear one that day is getting circled in red on our calendar.
Posted by Brent McKnight at 11:21 AM