This 'Bound To Vengeance' Trailer Tweaks The Revenge Thriller Formula 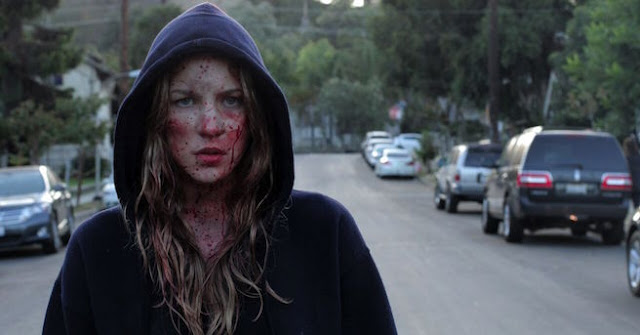 Well Bound to Vengeance certainly looks like a grim piece of exploitation/revenge horror, but one that puts enough of a different spin on the subgenre to keep it from getting stale. Distributed by IFC Midnight, this new trailer gives you a good idea of what it’s all about. Check it out below.

This story picks up just where most films of this ilk wrap up. Eve (Tina Ivlev) has been kidnapped and tortured by a vicious abductor (Richard Tyson from Three O’Clock High), but she is able to escape. In the process, she discovers that she is not the only victim in his clutches, and instead of embracing her new freedom she decides to go rescue them all. That sounds suitably bleak and forbidding for all of you genre heads out there, so this might be one to check out.

Bound to Vengeance premiered at Sundance earlier this year, but gets a release on June 26.

Posted by Brent McKnight at 5:06 PM