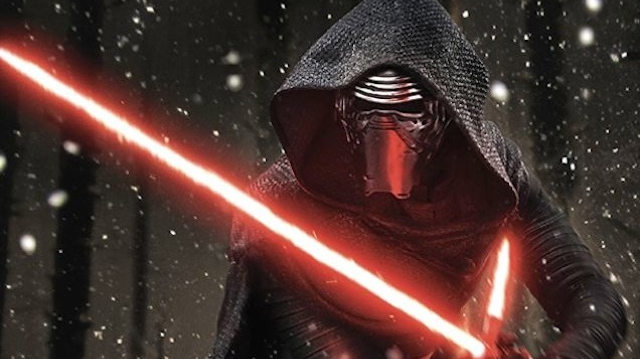 As of yesterday, we know that we’re not going to see any new footage of Star Wars: The Force Awakens—not a trailer or anything else—come out of D23 this weekend (I'm hoping for some Rogue One information, or maybe they'll confirm this or this). But don’t worry if that quick snipped of new footage the other day left you starving for more, because this morning arrived with a bunch of new photos to peruse.

Heads up, there may be SPOILERS beyond this point.

Hailing from EW, these images cover a wide swath of territory. You’ve got action shots, like Rey (Daisy Ridley) and Finn (John Boyega) running away from one of those new generation stormtroopers, you get another glimpse of X-Wing pilot Poe Dameron (Oscar Isaac), a look at a wrecked TIE Fighter, and some old favorites, like R2-D2 and C-3PO. There are also a few behind-the-scenes shots of director J.J. Abrams at work on the set, and the new robot BB-8 in a mesh sack, looking like a bag full of balls and a pee wee soccer game.

Those are all well and good, but the most interesting pictures are those of the villains. We get our best look yet at Gwendoline Christie in her chrome armor as Captain Phasma, and while we’ve seen blurry versions of the character from San Diego Comic-Con, Domhnall Gleeson has serious dick face in this shot of General Hux, an officer of The First Order in charge of the ominously named Starkiller Base.

Then there’s Kylo Ren (Adam Driver). We get a couple looks at the sinister new baddie. We all assume he’s Sith, but to be fair, no one really knows exactly who or what he is at this point, but the article does give us a few tidbits about his past and his origins. In a Q&A Abrams says:

"The movie explains the origins of the mask and where it’s from, but the design was meant to be a nod to the Vader mask. Ren is well aware of what’s come before, and that’s very much a part of the story of the film."

We’ve heard that Ren may be a collector, obsessed with gathering Sith artifacts and relics, possibly with the aim of calling forth some ancient evil. So the question remains, does he have some blood tie to Darth Vader, or some other connection, or is he essentially a devotee attempting to evoke his idol, his hero?

Another piece of the puzzle can be found in this statement about that cross-guard lightsaber that has caused so much controversy. Turns out it’s of Ren’s own design, as Abrams adds:

"The lightsaber is something that he built himself, and is as dangerous and as fierce and as ragged as the character."

This doesn’t make it sound like he’s royalty or some kind of Force legacy; this makes it sound like he’s a self-taught upstart, or at least something close. Making his own lightsaber also calls to mind Luke Skywalker crafting one of his own after losing his, along with his hand, at the end of The Empire Strikes Back. Since day one, we’ve heard that Kylo Ren could be Han and Leia’s son, and if he grew up hearing tales of Uncle Luke making his own lightsaber, that might have an influence on a child. Pure speculation, but it’s interesting to consider.

Like everything else related to this movie, these photos and quotes leave us with way more questions than they answer. We’ll find out for sure when Star Wars: The Force Awakens opens everywhere on December 18. Check out the photos below. 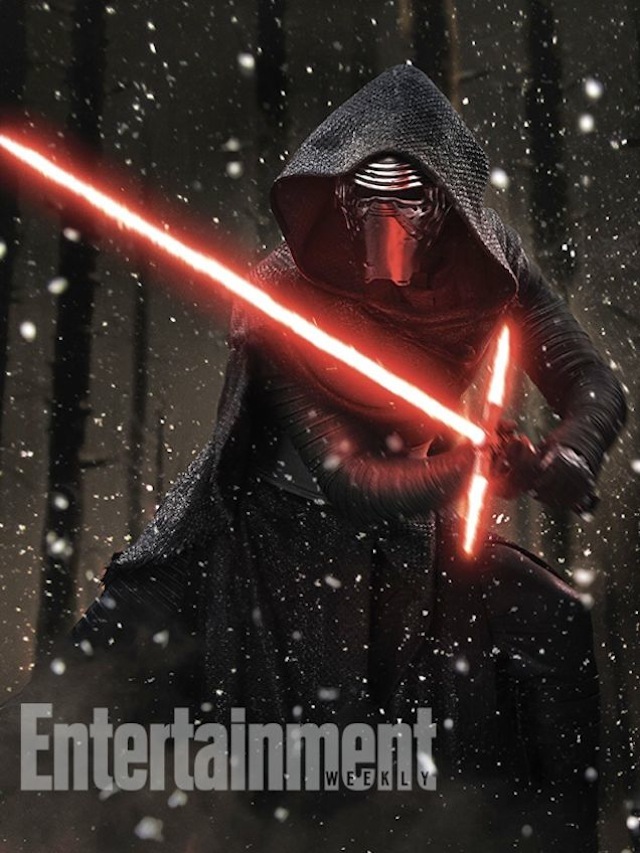 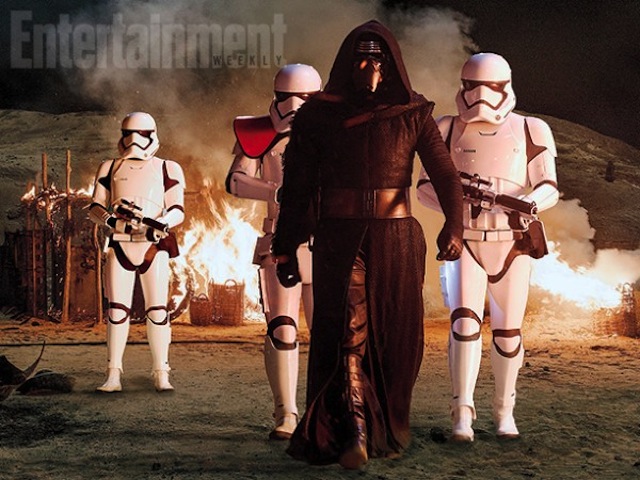 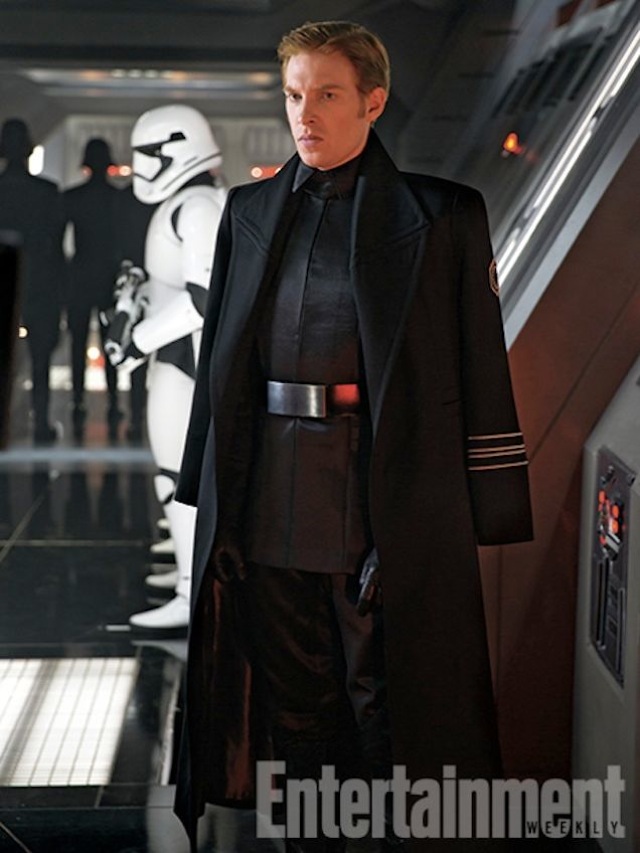 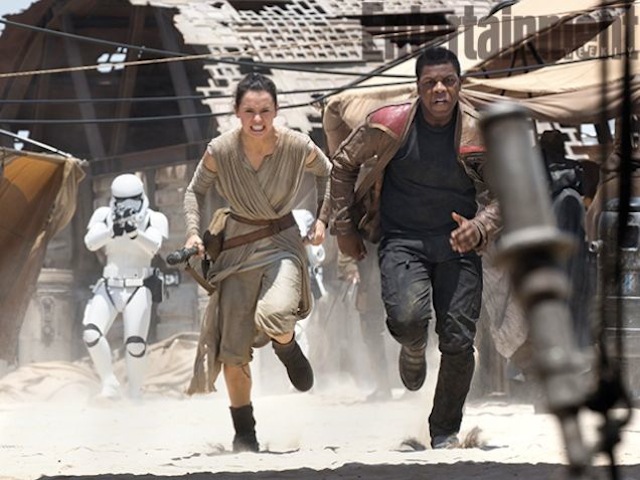 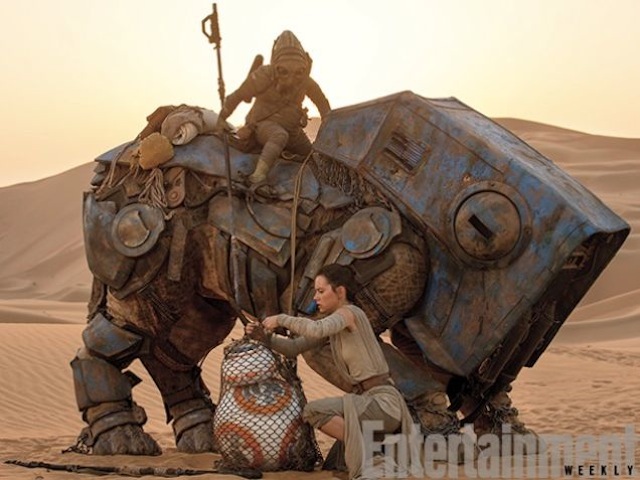 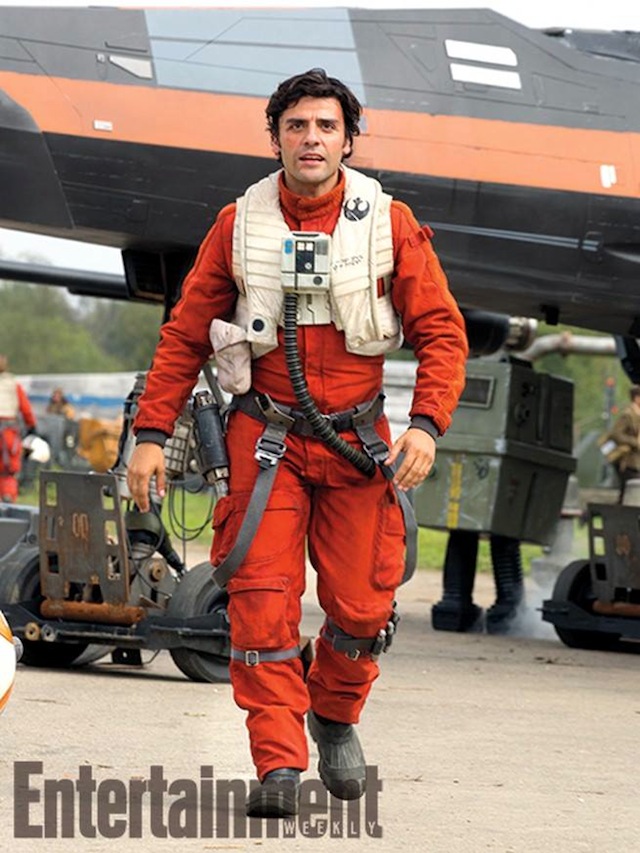 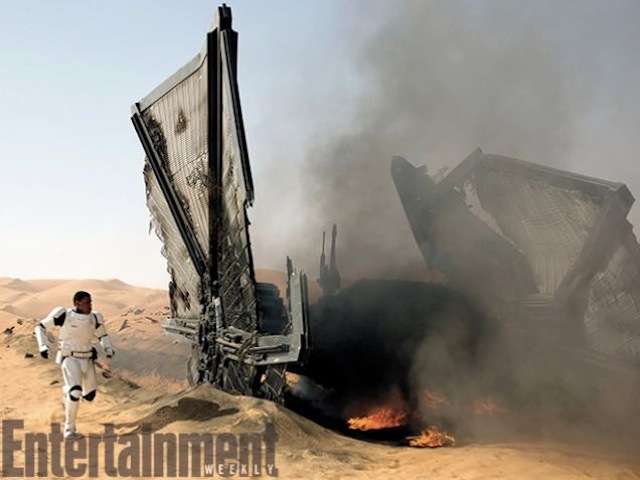 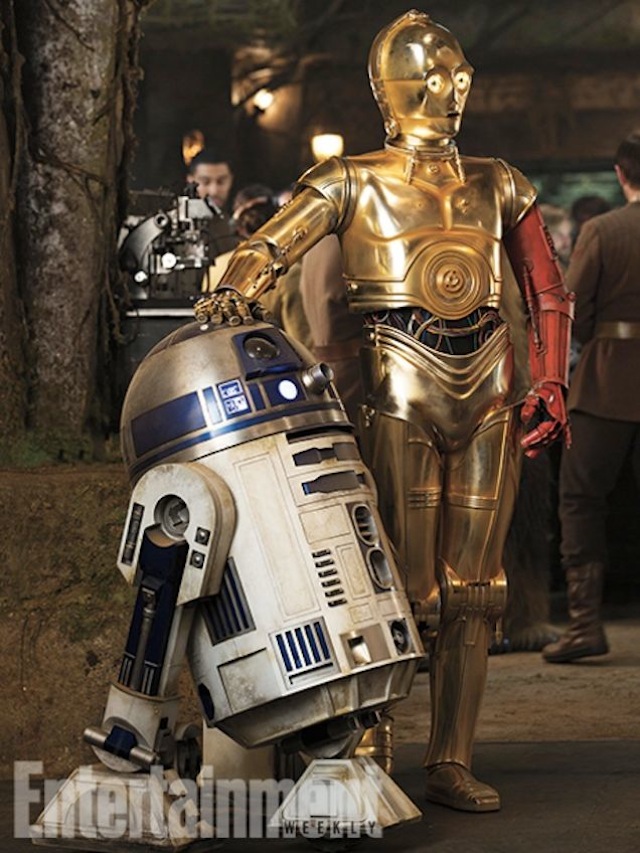 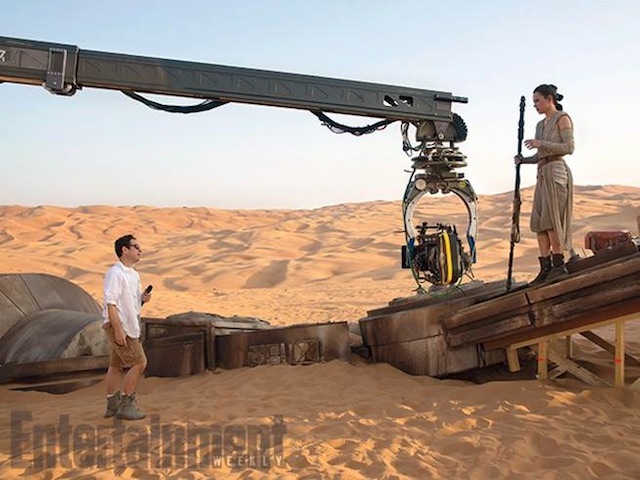 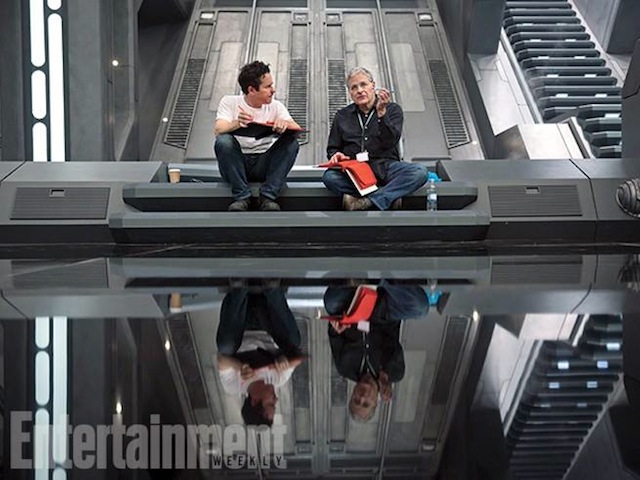 Posted by Brent McKnight at 9:07 AM