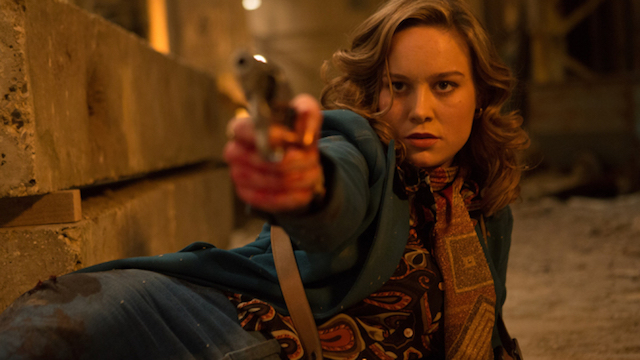 Ben Wheatley’s Free Fire doesn’t hit theaters until 2017, but it’s making the rounds on the fall film festival circuit, and the first reactions just hit after it debuted last night at the Toronto International Film Festival. And to keep the hype train rolling (though I don’t need anything more than “new Ben Wheatley movie” for a Pavlovian response to kick in), a red band trailer showed up as well. (Oh, and there’s a trippy new poster, too.)

I know some folks who claim this is the same trailer they saw in theaters a few months back, but it’s new to me, so onward.

Word on the street is that Free Fire is Ben Wheatley’s most accessible film to date. Then again, when your resume includes, Kill List (one of my Top 25 Movies of the 21st Century So Far), A Field in England, Sightseers, and High-Rise, accessible is a relative term.

Though Free Fire looks totally different from Wheatley’s usual M.O., this trailer is incredible. Full of black comedy, insane numbers of bullets whizzing through the air (and bodies), and an awesome period soundtrack, this is so damn much fun. And he's already delved into dystopias, horror, and road trip comedies, twisting each to meet his own ends, so why not a rollicking actioner?

The plot of Free Fire is simple: an arms deal between two Boston gangs hits a snag and things unravel from there, turning into an epic firefight. But because this is a Ben Wheatley movie, you can bet this won’t be your average firefight.

Here’s an actual synopsis if you’re interested in specifics:

Massachusetts late ‘70s. Justine (Brie Larson) has brokered a meeting in a deserted warehouse between two Irishmen (Cillian Murphy, Michael Smiley) and a gang led by Vernon (Sharlto Copley) and Ord (Armie Hammer) who are selling them a stash of guns. But when shots are fired in the handover, a heart-stopping game of survival ensues.

Talking to The Guardian a while back, Wheatley discussed his approach to shooting an atypical action movie:

“I wanted to make an action movie that was more on a human scale. I watch a lot of movies and I’m increasingly finding that things I should be amazed about, like buildings blowing up and stuff, just don’t have much impact. And then I began reading about what an actual gunfight is like from police transcripts and reports, and how crazy it is. How no one can hit anything. You see these reports that say that American cops fired 200 bullets… and they all missed! Because if anything is even slightly moving, you can’t hit it. And you can’t just hit something miles away with a .38 Special – it’s all bullshit. And in the story the gun deal goes wrong and they all start blazing away at each other, and then they’re all on the ground. And the rest of the film is: what do they do next?”

That sounds great from where I sit.

Free Fire is set to open in 2017 (March in the U.K., though there’s no word when A24 will drop in on U.S. audiences), but it’s playing at a number of big fall film festivals if you’re lucky enough to catch it at one of them. 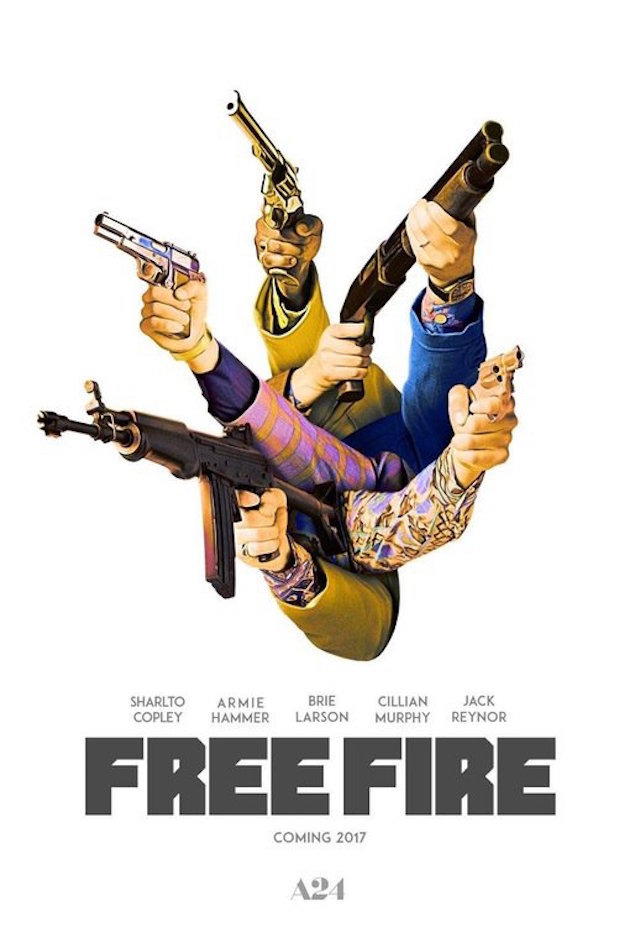 Posted by Brent McKnight at 9:18 AM