The First 'Headshot' Trailer Is A Perfect Mix Of Machetes, Gun Play, And Face Kicking 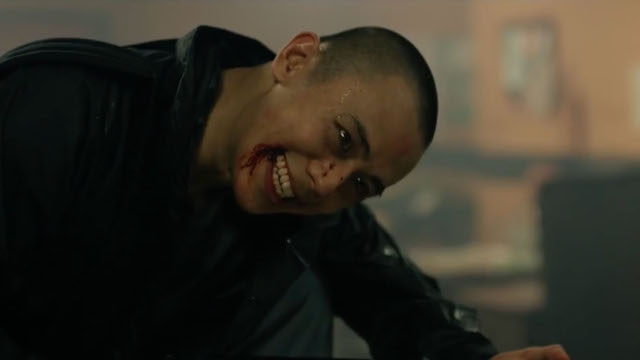 Never fuck with an amnesiac. One, it makes you a total dick, and two, movies have taught us that they are all secret badasses just waiting to dismantle you for crossing them and the ones they love. That’s more or less what we get in the first teaser trailer for the Iko Uwais-starring Headshot from the Mo Brothers. And is looks exactly as brutal and ruthless as I hoped.

If you’ve been paying attention to the site at all recently, you likely know that I’m rather pumped up for Headshot. From the photos, descriptions, and cast, it’s obvious this is just my speed. And this first footage only backs that up and is enough to get me foaming at the mouth.

Iko Uwais fronts Headshot, and while that fact alone is enough to get my attention, strong talent fills out the rest of the film. Julie Estelle and Very Tri Yulisman, better known as Hammer Girl and Baseball Bat Man from The Raid 2 figure into the scenario, as do Sunny Pan, Chelsea Islan, David Hendrawan, and Zack Lee. All in all, not a bad collection of folks. 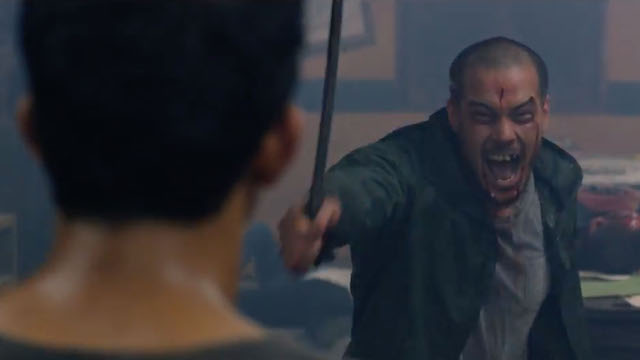 And the onscreen action reflects the people involved. The Mo Brothers (Killers, Macabre) have a slick eye for inventive action, and there is a great deal of vicious pummeling, bone breaking, and general mean-spirited violence to go around. The machetes, gun play, and rampant face kicking should more than satiate our collective bloodlust.

Here’s a more in depth synopsis from the Toronto International Film Festival:

A nameless man (Uwais) wakes up in a hospital with severe head trauma, not knowing who he is or what happened to him. Assisted by devoted student doctor Ailin (Chelsea Islan), who nicknames him "Ishmael" after the character in Moby Dick, he recovers and tries to regain his memory. Naturally, Ishmael's past is about to catch up with him, in the form of Lee (Sunny Pang), a drug lord and gang boss whose tentacles reach deep into the police and the penal system. When Ailin is kidnapped and Ishmael sets out to get her back, he finds himself pitted against an array of skilled fighters who may have been his former colleagues. As Ishmael battles through a series of deadly fights with this squad of enforcers, fragments of his past are teased out and the puzzle of his identity begins to come together.

Headshot is set to premiere at TIFF in short order, and I’m totally envious of everyone who gets to check it out. While the rest of us have to wait a while to see it four ourselves, at least now we know when we’ll have the chance. XYZ Films and Vertical Entertainment will reportedly release Headshot in February 2017.
Posted by Brent McKnight at 10:05 AM