Iko Uwais Teams Up With Netflix For 'Wu Assassins' Series 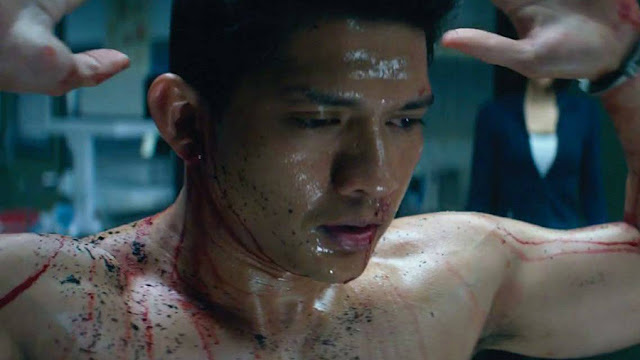 Deadline reports that Iko Uwais, who is about to have his highest profile role co-starring with Mark Wahlberg in Peter Berg’s Mile 22, is taking his talents to Netflix for a ten-episode series. Wu Assassins will begin production on August 8, which is soon, but not soon enough for me to watch it tonight, which is a bummer.

Uwais will play the lead, produce, and serve as the martial arts, fight, and stunt coordinator. So, basically he’s in charge of the ass-kicking, and if you’re familiar with movies like The Raid and Headshot, you know that is very, very good thing.

Set in San Francisco’s Chinatown, Iko Uwais plays Kai Jin, the “latest and last” Wu Assassin. While the report doesn’t specify exactly what that entails, he’s apparently tasked with collecting the powers of an ancient Triad and restoring balance to, well, the world or something. Sounds good to me.

John Wirth (The Sarah Connor Chronicles) wrote the script and fills the showrunner role. Stephen Fung will direct the first two episodes and Tony Krantz (24) will direct at least one other. The Expanse’s Byron Mann co-stars and plays someone named Uncle Six.

Netflix ordered ten episodes of Wu Assassins, but there’s no word if that’s a one-off or if this will turn into a continuing series. Either way, as long as we get ten episodes of Iko Uwais kicking, punching, and otherwise using his body to bludgeon his way through a supernatural underworld, that’s better than a world where that doesn’t exist. Can’t wait to see this and this is a hell of a way to kick off the weekend.
Posted by Brent McKnight at 3:23 PM