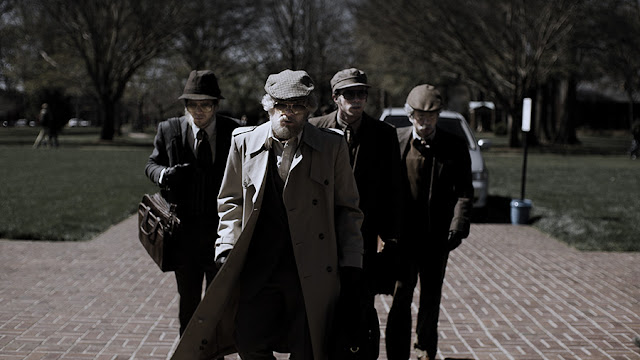 American Animals is a movie that has an admittedly cool hook—it tells a true story, but along with the dramatization, director Bart Layton (The Imposter) splices in interviews with the real people involved. But like many films with a cool hook, it’s too in love with its own coolness, to the point of distraction. And while it tries to do something different, it’s so hyper-stylized—I counted at least six slow-motion montages set to conspicuously recognizable pop songs—that the stylistics cease to have any substantial impact and it’s not nearly as edgy as it wants to be or thinks it is.

Four college friends, generally bored and dissatisfied with their existence and looking to live beyond the ordinary, set out to steal rare, valuable books from the special collection at Transylvania University—which is a real school! The story focuses most on the mousy, awkward Spencer (Barry Keoghan, Dunkirk) and the brash, impetuous Warren (Evan Peters, X-Men: Days of Future Past), but they also bring along Chas (Blake Jenner, Everybody Wants Some) and Eric (Jared Abrahamson, Seattle Superstorm). 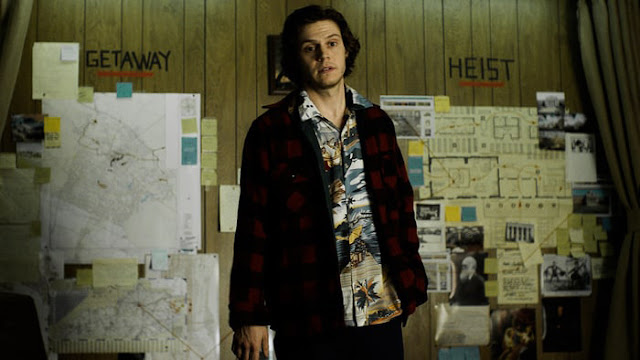 Spencer and Warren have a familiar dynamic—Spencer is the good kid; Warren is the friend Spencer’s parents aren’t thrilled their son is friends with. Warren gets Spencer in trouble he wouldn’t get into on his own, which is precisely why Spencer hangs out with him in the first place. He’s the kind of kid who’s tired of his life but can’t affect change on his own, which is where Warren comes in. That instigation is what jump starts the narrative.

Unlikely criminals all, these are kids sick of the tedium and ennui of their low-drama, low-stakes upper middle class existences. They so desperately want to something special and memorable, just being themselves isn’t enough. So they come up with a crazy plan just because they can, Google how to pull of a heist, and do research by watching heist movies. All the while, they secretly hope and anticipate the one big roadblock they can’t navigate and that will ultimately derail their plan so it falls into the category of things they almost did. Like, “Remember that time we almost robbed a library? That was crazy!” But much to their surprise, nothing they can’t deal with arises, and like a game of chicken, no one wants to be the one to back out. 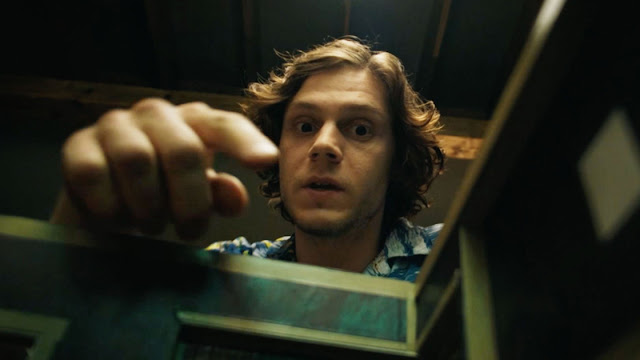 American Animals has strong points. Keoghan and Peters have a good chemistry; it’s well acted, constructed, and shot; the running commentary with the key players offers a unique insight into the recreations. It touches on notions of the inherently hazy and flawed nature of memory and recollection—does Spencer remember his own memories or does he remember what Warren tells him he remembers? It never delves too deep, but while it’s light and fluffy, its interesting and fun enough.

But ultimately the film spins its wheels. It takes too much time to get anywhere and goes on way too long—I’m not kidding about the multiple extended montages, it’s almost comical after a while. Ultimately, American Animals eschews emotional connection and narrative development for aesthetic concerns. While it toes the line between fictionalization and documentary, it never truly works on either front—I can’t help but wonder if it would have been better as one or the other—and it’s tonally uneven, especially as it gradually ramps up to the climax. 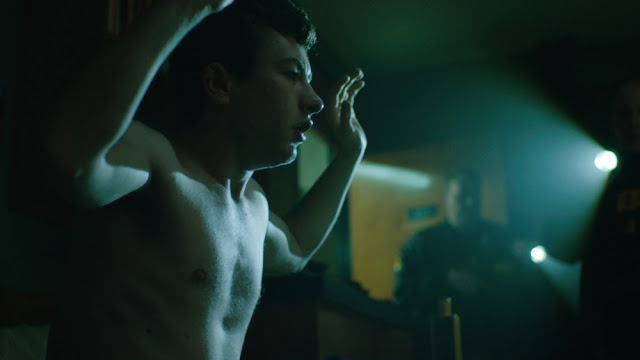 One thing I can’t tell if is intentional or not, but it feels like it must be, is that, for all the stylistic flourishes, once they get to the actual heist, it’s filmed in fairly straightforward fashion. It’s like these kids have a romanticized idea of what this heist will be, which butts up against the stark reality of the robbery. They imagine this slick, surgical, well-choreographed caper with a kick-ass soundtrack, but what they get is rough and ugly and all too real. In their minds, this is going to be awesome, but it’s not. The most interesting parts should be the psychological mind-fuckery, drama, and strain that follows the heist, but that’s barely touched on in favor of scene after scene of how these incompetent non-criminals planning their ill-advised adventure.

Occasionally fun and engaging, with an inventive storytelling mechanism and an only-in-reality tale, American Animals is ultimately hollow and ends in a shrug. [Grade: C]