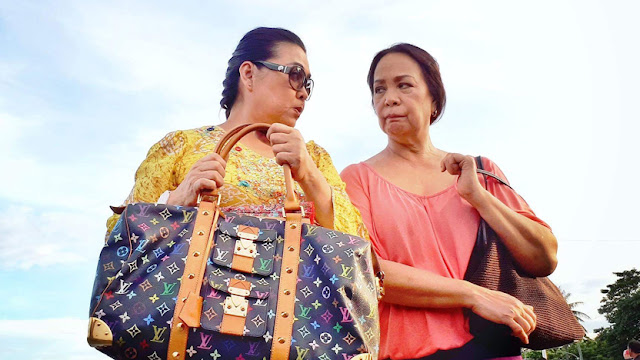 A bittersweet, blackly comic riff on Thelma and Louise, with a flourish of Bring Me the Head of Alfredo Garcia thrown in for good measure, Chedeng & Apple is part road trip comedy, part lesbian romance, part off-kilter voyage of self-reclamation. After all, one title character spends most of the movie toting a Louis Vuitton bag holding the severed head of her abusive husband. Sounds like a hoot, right?

On the run from the law, searching for a long lost love, it’s sweet and earnest, hilarious and absurd. In the end, it’s two women raging against an unfair system, a sharp denunciation of societal misogyny, and a rowdy salute to enduring friendship. [Grade: B+]

Posted by Brent McKnight at 9:25 AM