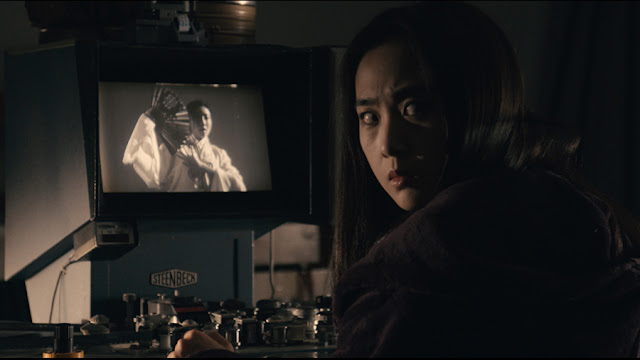 With Yixi Sun’s Susu, gothic British horror gets filtered through a Chinese lens. Two young students, Qi’an (Ziton Wu) and Aimo (Lun Zhu), living in the U.K. wind up in the middle of a dark, tangled mystery when they take a job digging into the archives of Susu (Junjie Mao), a long-dead Kunqu Opera star. Which, of course, are located in a massive, ancient country manner overseen by a family of weirdos with all manner of secrets and skeletons hidden away in various closets.

What Susu does best is set the mood. Yixi Sun and cinematographer Jun Keung Cheung craft a lovely picture, capturing the pastoral countryside and the sprawling mansion. Full of striking imagery—including an early shot of Susu hanging herself with spools of celluloid that sticks with you—this is all about tone and atmosphere, and the production does a solid job capturing the feel and sensation of bucolic, psychological horror. 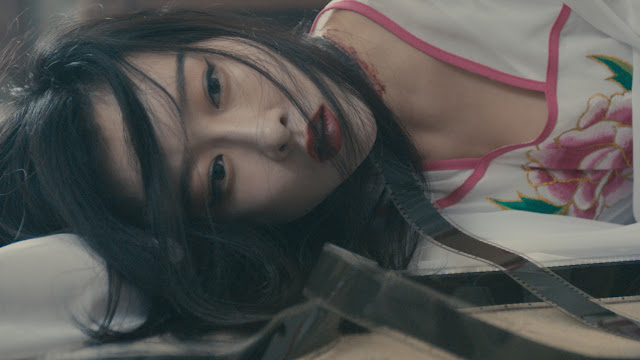 But while Susu offers a nice, slick exterior, it lacks much in the way of substance. Qu’an and Aimo are set up to be complete opposites—one is a good girl from a good family, the other is not—and they have their own shared secret the script gradually reveals over the course of the film. Still, the conflict between them, and their entire relationship to be honest, feels forced and contrived. The arrival of Benjamin Stuart (Frederick Szkoda), the hunky heir of the manor family, on the scene only exacerbates these tensions in predictable ways.

The inclusion of Shirley (Steve Edwin), the host, presents an unfortunate choice. A man dressed as a woman, this is supposed to throw her identity and sanity into question. Instead, it’s a move that’s reductive and plays as cheap exploitation rather than having any legitimate place or justification in the narrative. It casts a gross, unnecessary pall over the rest of the picture. 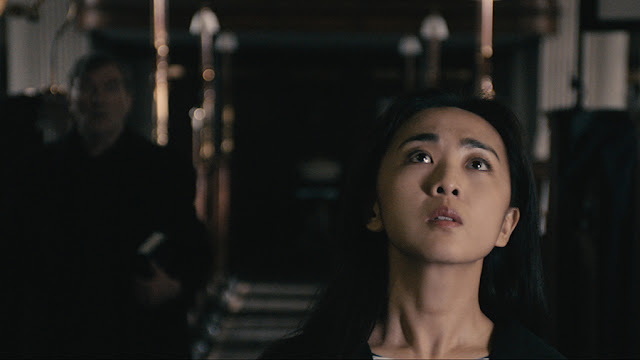 Viewing Susu, a foreigner in a foreign land, the film feels like wants to comment on the lusty fetishization of the “exotic” or the “other,” especially the way western men often view Asian women. Or at least it feels like it could comment on that. We see Susu on film, captured in a frame—it’s symbolic that she hangs herself with film—and witness how the British men around her treat her more as a thing than a person. But while there are hints of this, that’s all there is, and what’s there often appears coincidental rather than intentional.

A clunky narrative with too many empty asides shoehorned in—a buttinski neighbor, a random historian who pops in for no reason—tries to pile on a twisted multi-generational tale, and while it contains zero surprises, it still leaves the audience wondering why. Combined with stilted performances and inconsistent motivations—Qu’an and Aimo turn on each other at various points with little or no prompting—this all ultimately sinks Susu. It’s a potentially interesting idea that’s never executed as it could have been. Yixi Sun shows promise, but the film simply has too many problems and not enough strengths to overcome them. [Grade: C-]

Susu made its North American debut at the Seattle International Film Festival.

Posted by Brent McKnight at 9:43 AM