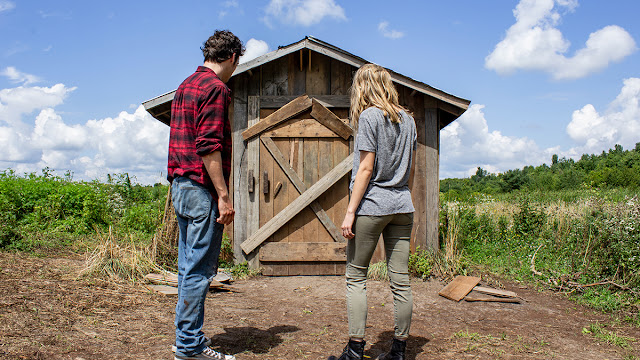 Sheds are where murder happens. That’s just a fact of life. If you go into a shed, you’re probably going to die a grisly death of one sort or another. Hey, I don’t make the rules. Writer/director Frank Sabatella’s The Shed makes excellent use of this backyard-lurking death trap, mixing monsters, gore, and coming of age drama into an effective, no-frills horror yarn.

After the death of his parents, it sucks to be Stan (Jay Jay Warren). Everywhere he goes, he’s beset by bullies, from his abusive grandfather (Timothy Bottoms) to the local goons who torment his best friend, Dommer (Cody Kostro), and small-minded, small town school administrators and cops on a power trip. To make matters worse, a vampire (Frank Whaley) takes up residence in his shed and it’s all downhill from there. 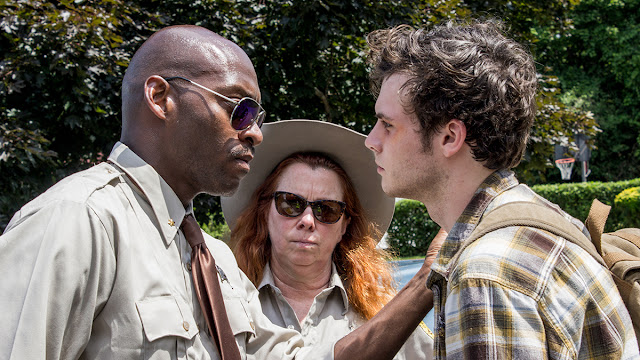 With this setup, The Shed often feels like it’s about to turn into a horror-comedy, or at least that it easily could. Two nerdy friends; Roxy (Sofia Happonen), the girl Stan pines for; the bullies; the vampire; the shenanigans, it all teeters on comedy. Which just drives home the fine line between comedy and tragedy, because Sabatella always steers away from laughs and toward the darkness.

There’s Stan’s lingering trauma that’s lead to changes in his behavior and lashing out—he has a vague troubled past that has him on the radar of local law enforcement and a tyrannical principal, and not in a good way. We never learn why, but he did a stint in juvie, and while it’s all talk about how he’s trouble early on, we do witness it for ourselves eventually. 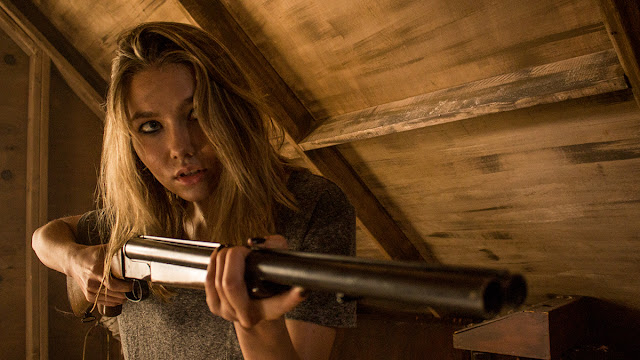 Initially, Dommer—yes, the name is pronounced like the serial killer—looks like he’s going to provide zany best friend comic relief. But he’s basically a school shooter in the making. Pushed to the brink by the constant persecution at the hands of local Tran Am-driving bully, Marble (Chris Petrovski), and his posse, when Dommer learns what lurks in Stan’s shed, he wants to use it for revenge.

Their relationship, which forms the emotional core of the story, gives a bit of a different spin on what we typically see in this kind of movie. Yeah, they’re best friends and Stan cares about Dommer, protecting him and standing up for his pal. But he also recognizes that his friend goes too far, that he’s crossing lines and reaching a point of no return. Hard truths and harder choices slap him in the face and he can’t walk away. 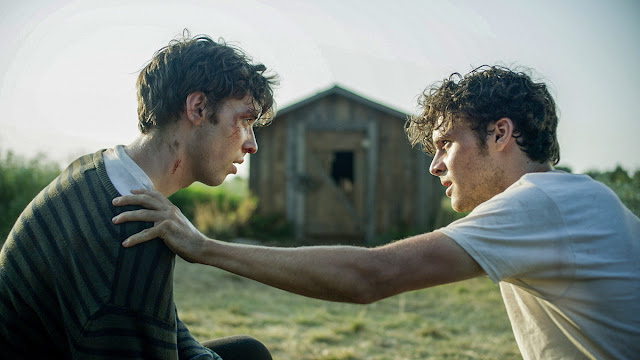 The actors do a strong job. On screen, Warren plays like a less wooden Alden Ehrenreich and has plenty of charm and charisma. With Kostro, he makes Dommer’s frustration and desperation palpable. Constantly besieged, always under assault, he breaks, can’t see straight, and doesn’t understand why his only friend won’t help him. It’s heartrending at times.

The Shed does a great job of capturing shittiness and boredom of a small town. The bullies are bullies because they’re also bored and have nothing else to do. Stan faces such scrutiny from authority because there are no bigger problems for them to worry about. Dommer is a weird kid who sticks out and becomes a target. What Roxy wants most is to GTFO and never look back. 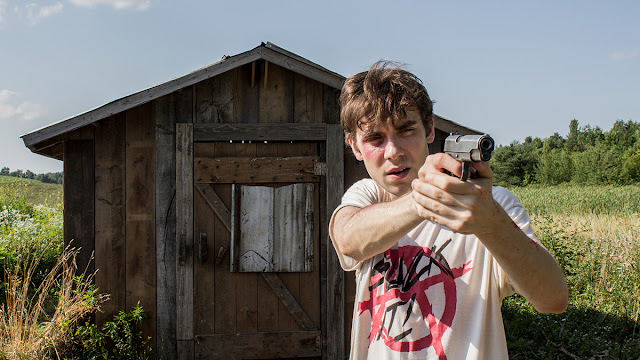 Set in an ambiguous time—there are details that scream 1980s or ‘90s, like a tape deck—it could be any time and any town. It feels universal to anyone who has ever been an outsider in a place like this. (At least in a narrow, small town movie white people way.) It has a lo-fi punk rock feel and aesthetic, enhanced the soundtrack and score from Bear McCreary, as well as the production design—Stan wears shirts of bands with names like Tofu Massacre and Vomit Stench, and his room is covered in xeroxed show fliers.

Even the monsters are a bit different from what we usually see. These aren’t sophisticated, debonair vampires who have refined tastes, haughty manners, and sexy affectations honed over centuries of immortal existence. Even as it nods to Nosferatu and other genre staples, this presents a vampire-as-raging-near-feral-beast, more creature than human. 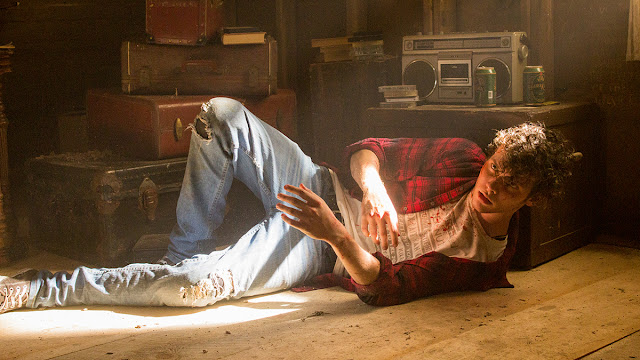 Though The Shed begins strong and puts its own spin on a familiar set up, tweaking formulas as it goes, it eventually devolves into a standard vampire-fighting third act. We get a tooling up scene, leaning the rules from a movie, and all the usual tropes. It’s not terrible, it’s just super generic and plays out beat for beat as expected. Even then, too many quippy one-liners derail things even further—no vampire is going to stand there and let you crack a joke instead of ripping your throat out ASAP.

The Shed is definitely front-loaded. The first two acts, while not mind-blowing in originality, do enough to engage the audience and keep the film from turning into a paint-by-numbers vampire story. Unfortunately, that’s exactly what it turns into. It doesn’t lessen the impact of the first two-thirds, but the final half hour peters out and it ends on a shrug. [Grade: B-]