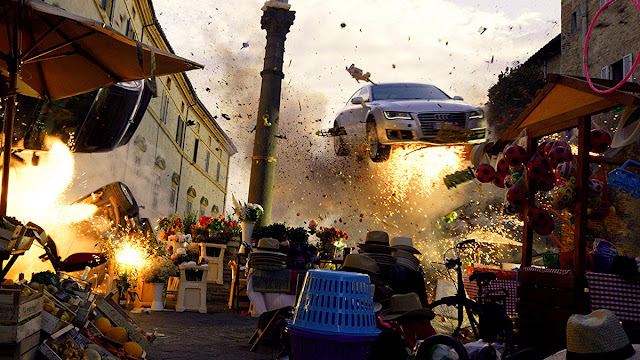 There’s a segment of the filmgoing public who, with good reason, hates Michael Bay. I’m not one of them. (Outside of the Transformers movies, those movies are trash and their—now thankfully waning—popularity baffles me.) With his next film, 6 Underground, he’s bringing his Bayhem to Netflix and this new trailer is both amazing and terrible in the best possible ways. There’s also one of the most god-awful posters I’ve ever seen.

I once wrote that Bay’s Bad Boys II is the most American movie ever made, as illustrated by Will Smith and Martin Lawrence taking it upon themselves to invade a foreign country (Cuba) and crash a bright yellow hummer (a truer symbol of both American excess and military aggression I cannot imagine) through a hillside shantytown with zero regard for human life.

[Related Reading: Here’s What I Said About ‘Bad Boys II’]

From what we see in this trailer, 6 Underground may well give Bad Boys II a run for its money. (U.S. dollars, of course.) It’s a bunch of assholes—primarily American assholes—blasting around Italy in a bright green sports car, engaged in a running firefight, smashing through a country’s cultural heritage, pausing only to crack wise and check out hot ladies on scooters, also with zero regard for human life. Though thankfully they place a high premium on canine life. (Even Michael Bay isn’t that big of an asshole.) The whole premise is basically rich people operating with no check or balances, hunting terrorists and causing chaos along the way. It’s the American dream personified in a hero fantasy.

Even before this trailer, you probably already knew whether or not you wanted to watch 6 Underground, so I doubt this Fast & Furious-by-way-of-Deadpool (it comes from the pens of Deadpool scribes Rhett Reese and Paul Wernick, and stars DP himself, Ryan Reynolds) glimpse changed your mind at all. Gleefully destructive, steadfast in its chest-thumping morally reprehensible stance, this is sure to make me both hate myself and love life in equal measures.

What’s the best part of being dead?

It isn’t escaping your boss, your ex, or even erasing your criminal record.

The best part about being dead…is the freedom.

The freedom to fight the injustice and evil that lurk in our world without anyone or anything to slow you down or tell you “no.”

6 Underground introduces a new kind of action hero. Six individuals from all around the globe, each the very best at what they do, have been chosen not only for their skill, but for a unique desire to delete their pasts to change the future. The team is brought together by an enigmatic leader (Ryan Reynolds), whose sole mission in life is to ensure that, while he and his fellow operatives will never be remembered, their actions damn sure will.

Also, take a look at this poster, which...looks like a joke. 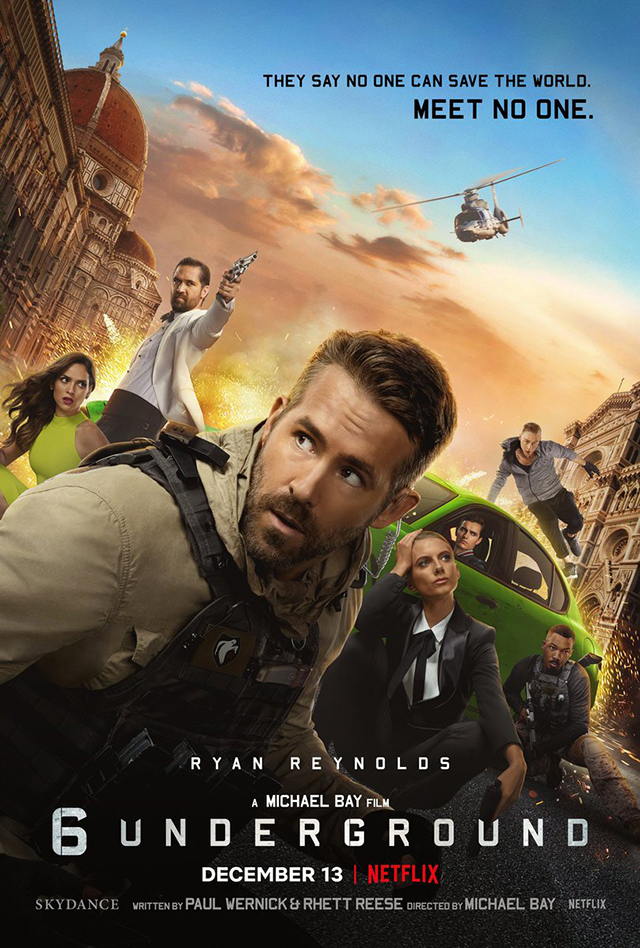