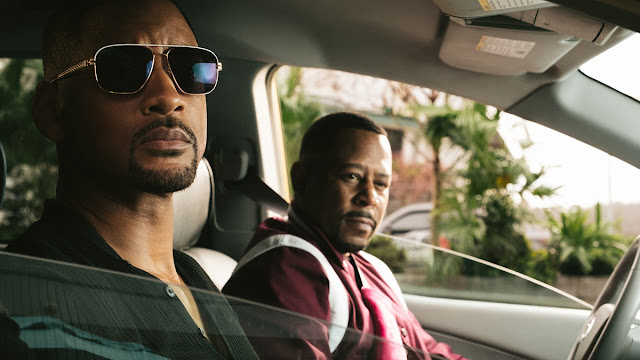 I’m an inveterate Bad Boys 2 stan. I maintain it’s the most quintessentially American movie ever made, for good and ill. That said, I’m rather ambivalent about the upcoming third chapter, Bad Boys for Life. I mean, I’m going to watch the living hell out of it, that much should be obvious, but I have little faith that the core duo’s banter has aged well. Anyway, there’s a new trailer full of quips and explosions and bang bangs and a familiar tune. Take a gander below.

This Bad Boys for Life trailer certainly has all the action bells and whistles, and directors Adil El Arbi and Bilall Fallah (Black, Gangsta, and the upcoming Beverly Hills Cop 4) do what appears to be a solid Bay-hem impression.

I definitely can’t shake the feeling, however, that the new team of young, sexy cops, featuring Vanessa Hudgens (Spring Breakers) and Charles Melton (Riverdale), are the action franchise equivalent of the sitcom add-a-kid strategy.

It may be 16 years later, but Bad Boys for Life finds Martin Lawrence’s detective Marcus Burnett still in a mid-life crisis. It appears to be a different mid-life crisis, however. Last time he was thinking about getting a new partner, especially after Will Smith’s Mike Lowrey got him shot in the butt. This time, though, he’s contemplating retiring completely. (How many times has he been butt-shot by now?) But I’m willing to be he shows up for one last ride when baddies come for his boy. Apparently Albanian mercenaries want Mike dead, so they have to destroy half of Miami to take them down.

While I’m fairly certain this Joe Carnahan-scripted, long-in-the-works sequel (there’s been a revolving door of filmmakers attached over a span of years) was made solely with me as the intended audience, I’m curious to see if other moviegoers actually care about this franchise. It’s been more than a decade-and-a-half. But maybe post-Aladdin Will Smith is a hot enough commodity that this is the perfect time. Who’s to say?

We’ll find out if anyone else cares when Bad Boys for Life screeches into theaters January 17, 2020.
Posted by Brent McKnight at 8:44 AM