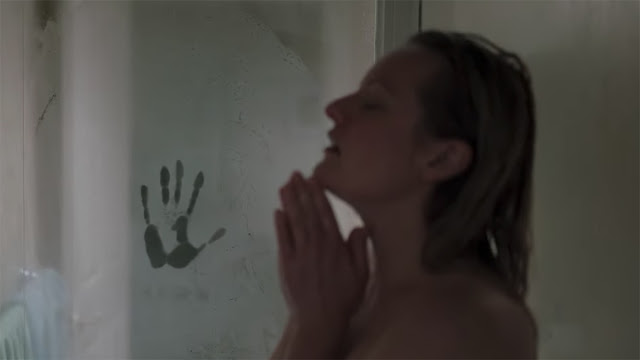 Universal’s attempt to kick off a Dark Universe based on their classic monster movies didn’t exactly get off to the best start. The less we say about The Mummy, the better. But when has that ever stopped a studio from rehashing an IP in hopes of cashing in? Next up is a reworking of The Invisible Man from director Leigh Whannell and it looks…super rad. Check out the first trailer below.

Whannell, the writer behind Saw and Insidious, and who directed the criminally overlooked Upgrade last year, shared The Invisible Man trailer via Twitter. It looks like they’ve updated the story in an unsettlingly current manner, and though it appears to give away a ton, this is definitely a movie we want to see sooner rather than later.

In James Whale’s 1933 original, based on an H.G. Wells story, Claude Rains plays a scientist who turns himself invisible, but becomes insane and goes a-murdering as a result. This version morphs the story into a saga of domestic abuse and gaslighting, as a controlling scientist uses his newfound invisibility to torment his girlfriend, seemingly from the grave.

Trapped in a violent, controlling relationship with a wealthy and brilliant scientist, Cecilia Kass (Elisabeth Moss) escapes in the dead of night and disappears into hiding, aided by her sister (Harriet Dyer, NBC’s The InBetween), their childhood friend (Aldis Hodge, Straight Outta Compton) and his teenage daughter (Storm Reid, HBO’s Euphoria).

But when Cecilia’s abusive ex (Oliver Jackson-Cohen, Netflix’s The Haunting of Hill House) commits suicide and leaves her a generous portion of his vast fortune, Cecilia suspects his death was a hoax. As a series of eerie coincidences turns lethal, threatening the lives of those she loves, Cecilia’s sanity begins to unravel as she desperately tries to prove that she is being hunted by someone nobody can see.

After The Mummy tanked and their plans for an extended shared universe fizzled out, Universal went back to the drawing board and opted for a different approach. Instead of aping Marvel and churning out massive tentpoles, they teamed with low-budget horror producers Blumhouse. They put their properties in the hands of interesting filmmakers like Whannell and Paul Feig, who will direct a film called Dark Army and let them do their thing.

If this first look at The Invisible Man is any indication, maybe they’ve found their own formula for success rather than mimicking someone else. And it appears they’re definitely steering into the horror elements instead of turning them into giant action movies.

The Invisible Man terrorizes audiences on February 28, 2020.
Posted by Brent McKnight at 8:53 AM