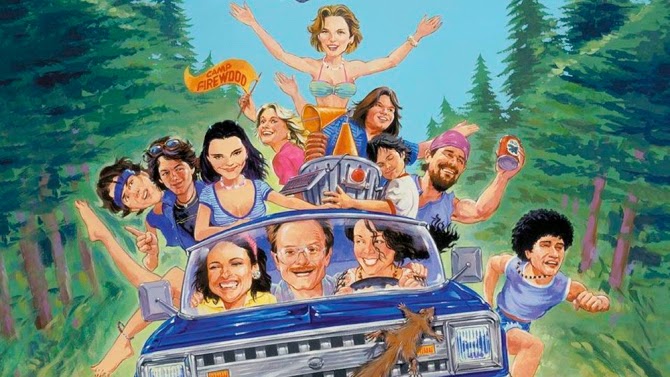 Wet Hot American Summer is one of the best things that has ever happened to this world. And I mean ever, throughout the whole of human history, maybe even before. Normally I’m not so amped on years-after-the-fact reboots and the like, but I’m damn pumped up for Netflix’s upcoming eight-episode series, Wet Hot American Summer: First Day of Camp, and this new trailer does nothing to derail my enthusiasm.

All your favorites, and a few choice newcomers, are back for more adventures at Camp Firewood. Though it comes 14-years later, this is still a prequel, and though this video is just a tease, it’s a pitch perfect one. Here’s what they have to say about the limited series:

Wet Hot American Summer: First Day of Camp drops this summer. If you’ll excuse me, I need to go fondle my sweater.

Posted by Brent McKnight at 4:55 PM