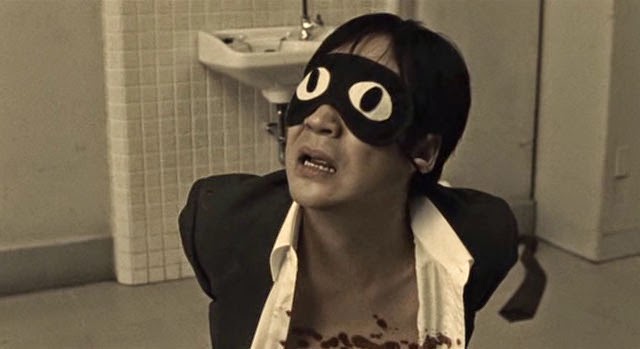 This clip comes from Twitch, and the fine folks at Drafthouse Films are distributing the picture. Here is a synopsis from their webpage:


Although the rough treatment and humiliation Takafumi Katayama receives from these leather-clad women—In cafés and on the street—drives him to ecstatic pleasure, he soon finds himself over his head during a surprise house call by one of the mistresses. After a freak and fatal accident, Takafumi is forced into action with a slew of vengeful dominatrices chasing him down. With the help of his son, he'll have to devise a plan to take on the relentless femmes fatales, who each possess a unique S&M talent by which to exact painful revenge.

This footage reportedly comes early in the film, and Tominaga Ai is the first of the many dominatrixes that the lead encounters through out the film, and it doesn’t seem like things are going to get any less intense than this.


Okay, the video is being a total wad and won't embed, but you totally need to go HERE and check it out.

And here’s the for real trailer.